Thank you to Elmer’s for sponsoring this blog post. I received compensation and free product from Elmer’s in exchange for writing this post. All opinions are my own.

If you’re looking for a fun borax-free slime recipe, you have to check out Rainbow Slime. My son loves mixing colors of slime together, and rainbow slime is our favorite way to do that! 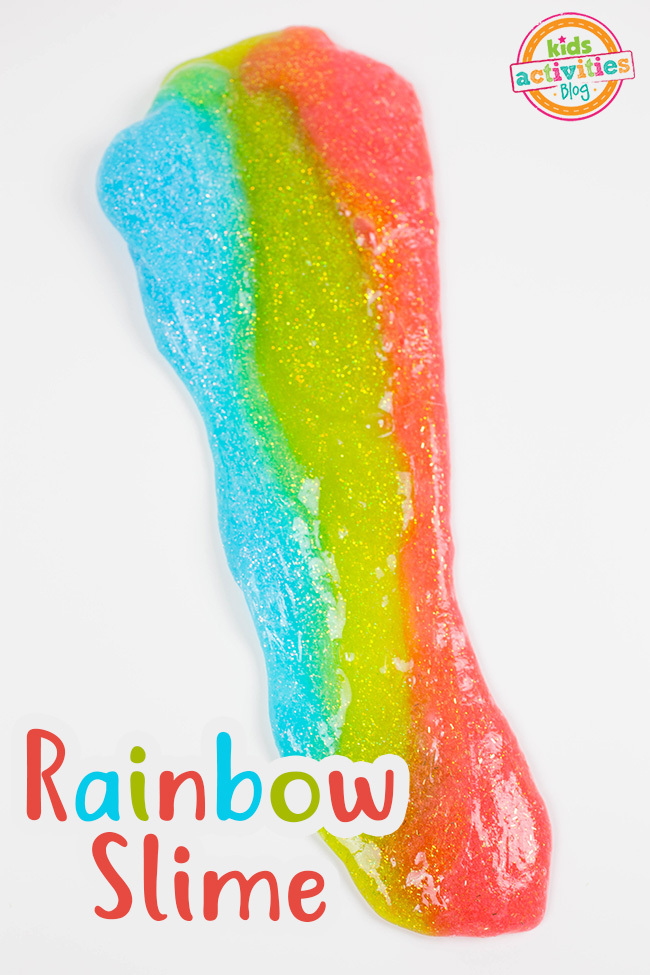 Here’s what you need to make Rainbow Slime 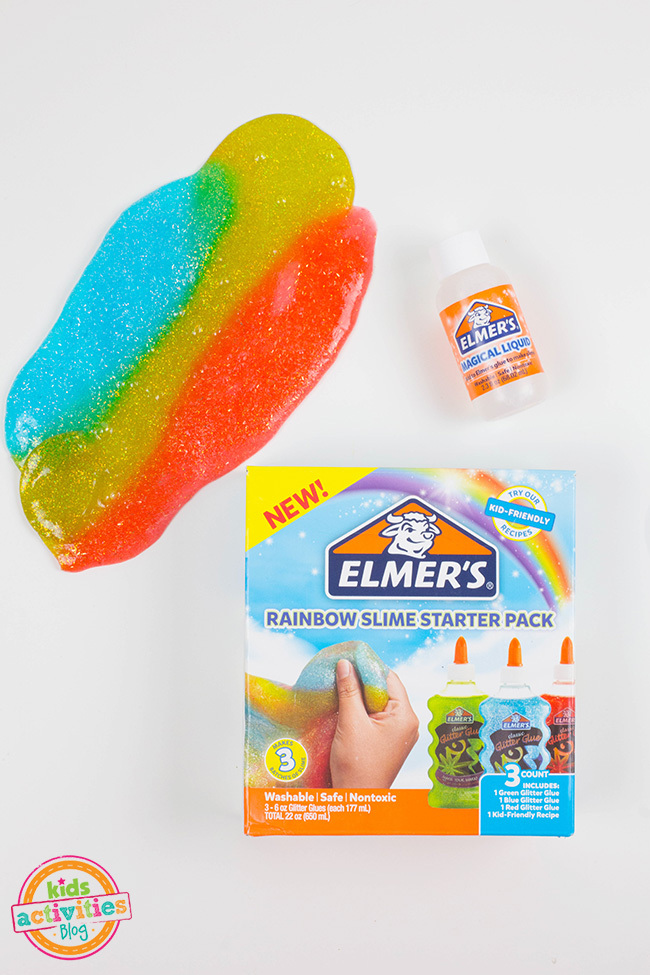 The rainbow kit comes with three colors of glitter glue — red, green, and blue. You can use the kid-friendly slime recipe that combines baking soda and contact solution with glitter glue to create the slime.

Some of the slime starter kits come with Elmer’s Magical Liquid — a new ingredient that makes creating slime easier than ever! 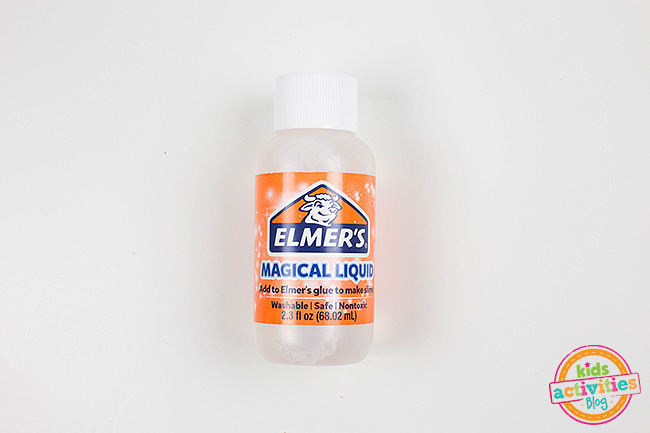 To create slime with Elmer’s Magical Liquid, add one bottle of Elmer’s glue to a bowl and stir in the entire bottle of magical liquid. That’s all! 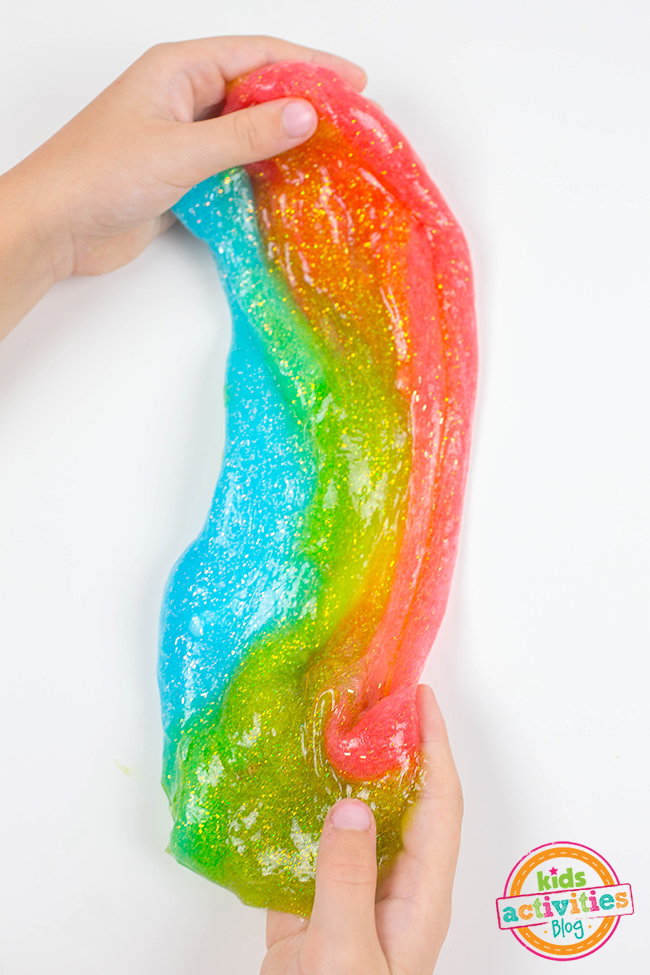 The slime that we made with Elmer’s Magical Liquid was much stickier and stretchier than other slime we’ve made. My son loved just how FUN it was to play with! 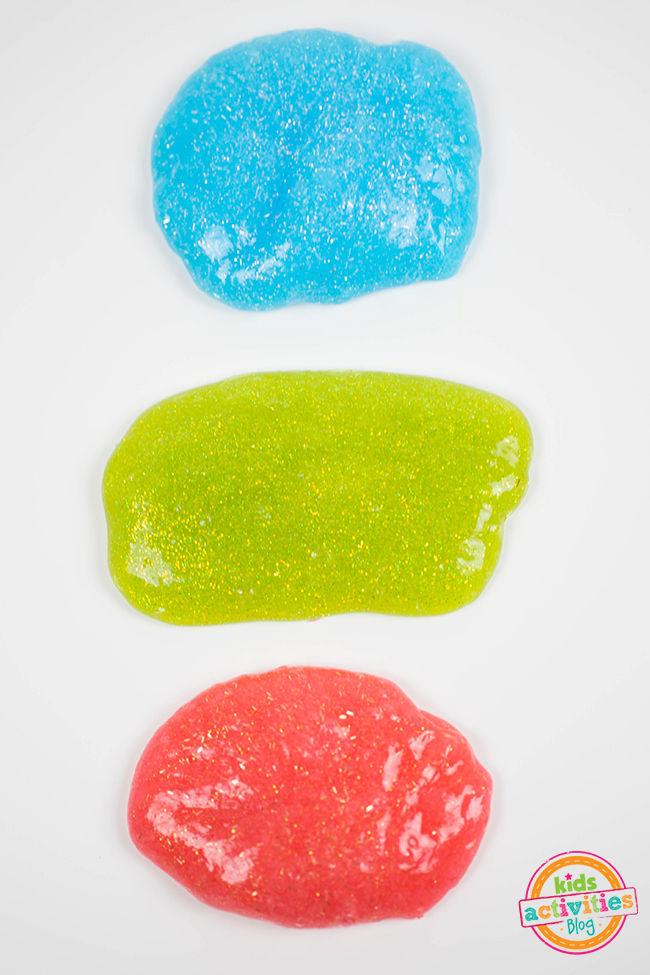 If you don’t have Elmer’s Magical Liquid, mix a bottle of glitter glue with 1/2 Tbsp baking soda until combined. Then stir in 1 Tbsp contact solution until the slime starts to form. Stretch and knead until the slime reaches your desired consistency.

Layer the three colors together and you’ve got a fun batch of RAINBOW SLIME!! 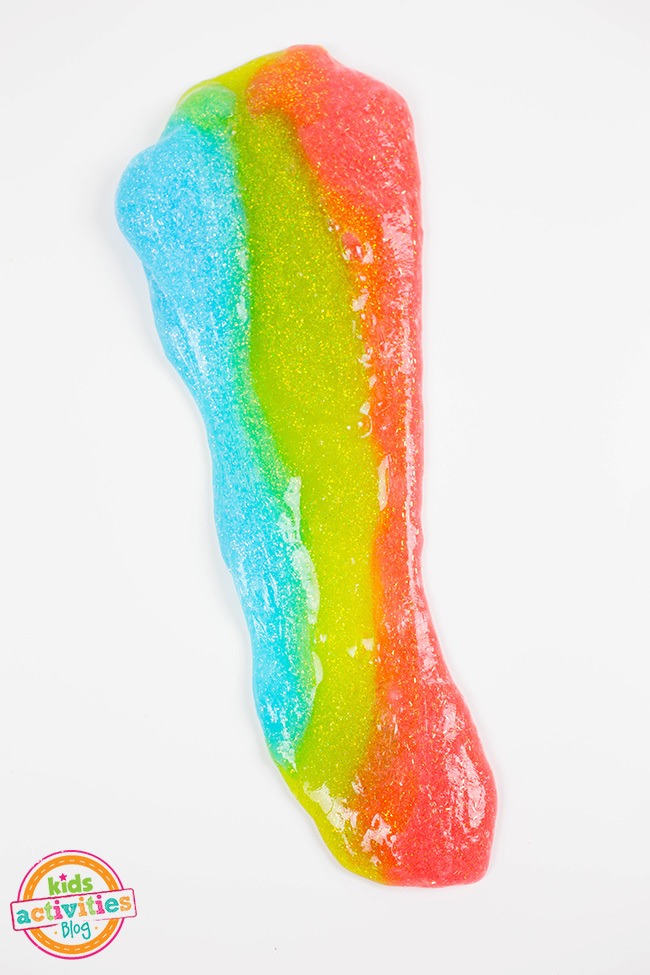 Be sure to check out our unicorn slime recipe for another fun way to create colorful slime with your kids!