Slime is such a great sensory activity, and these borax-free slime recipes are taste safe for little ones who like to explore with their mouths.

We gathered the best safe slime recipes online — so let’s have some chemical-free fun!

Unicorn Slime is one of our very favorite Borax-free slime recipes here at Kids Activities Blog.  Check out the video of how to make it:

Edible Valentines slime is so gooey — change the color to make it work any time of year! via Kids Activities Blog

Edible slime is perfect for younger children who may put the slime in their mouths. via Growing a Jeweled Rose

Did you know you can make slime using this drug store ingredient?! So cool! via One Little Project 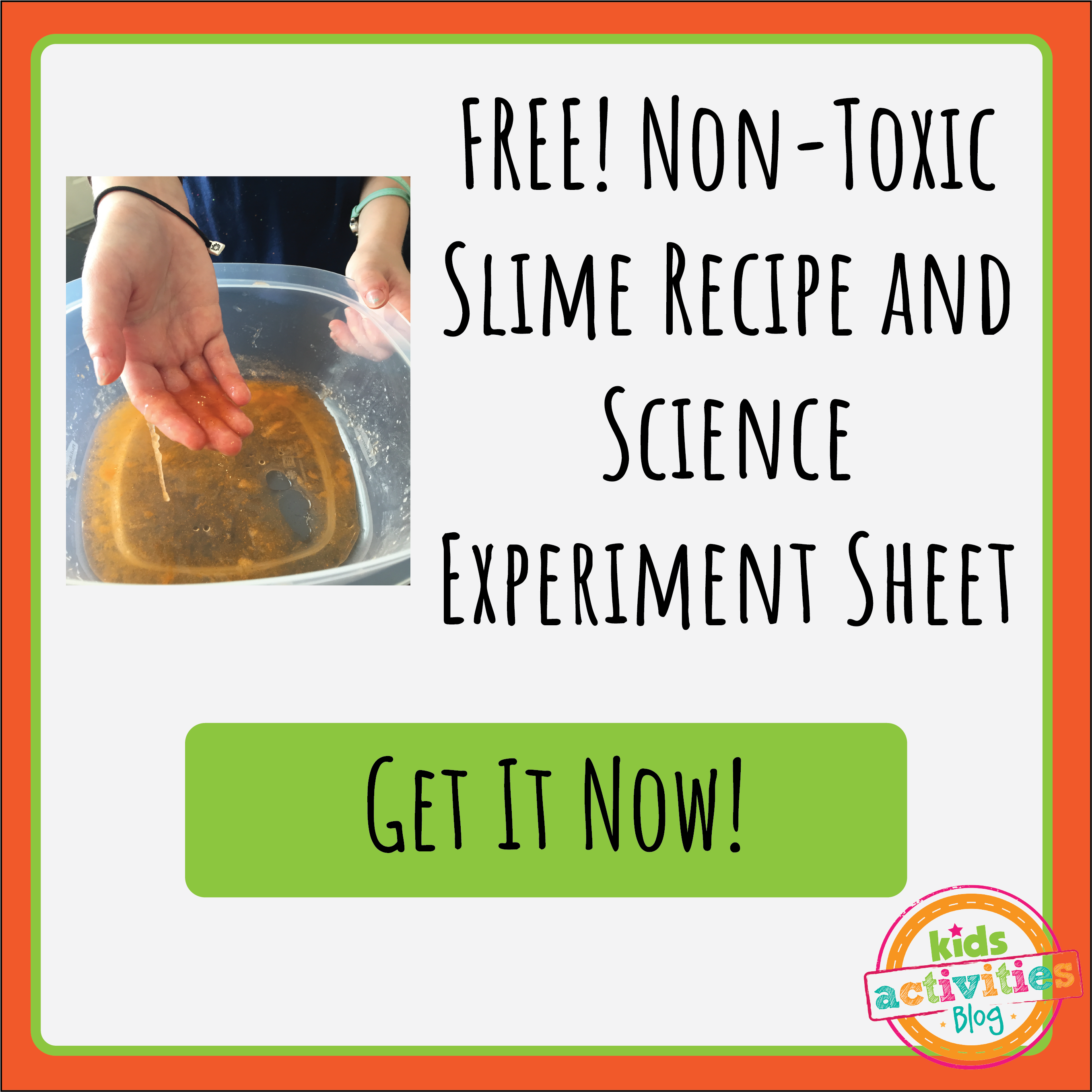 Gummy bear slime is the ultimate edible slime. via Sugar, Spice and Glitter

We love this edible galaxy slime — she even added glitter! via Describe in One Word

Fizzing slime is such a fun sensory activity. via Little Bins for Little Hands

Not quite slime, but this marshmallow play dough is safe and fun to play with! via One Little Project

This fun borax-free slime is like a cross between play dough and slime. via Fun at Home With Kids

Woah! This safe slime is made with just water, salt, and glue. Cool! via eHow

Baking soda is the secret ingredient in this borax-free slime. via Michaels

Make slime from candy! via Sugar, Spice and Glitter

Borax is also known as sodium borate and is an important boron compound, a mineral and a salt of boric acid. The powder is white and it dissolves in water.  It is a component of many detergents, cosmetics and enamel glazes.

In the United States it is banned as a food additive and indicated with the “E number” E285.  China and Thailand have also banned its use in food due to a risk of liver cancer with high consumption over a period of 5-10 years (see Wikipedia for more information).

Is Borax Safe to Use in Slime Recipes?

Researching the negative effects of Borax results in multiple issues that can occur.  The most toxic include skin, eye, respiratory irritation, diarrhea, vomiting and cramps with occasional exposure.  As noted above, when exposed over long periods of time in food, liver cancer is also a risk.  And if you have a child that likes to put things in their mouth, then avoiding Borax is a no-brainer!

Since we don’t love subjecting our kids to anything toxic, especially in a slime recipe, it was important to us to find alternatives that still made amazingly awesome slime!

Borax Can Cause Burns With Repeated Exposure

Borax is a milt irritant.  As with any irritant, some people (and kids) will be more sensitive to it than others.  Our main goal here is to inform so you are choosing the best thing for your family and noting any reactions.

In slime, the Borax is very diluted and rarely causes issues…but why take the risk?

There are many ways to make slime without Borax.  Although Borax is used to create a sticky texture, there are other (and safer) ways to make slime.  If you do choose to make slime with Borax, watch your kids for side effects like skin, eye, respiratory irritation, diarrhea, vomiting and cramps.  Make sure that younger kids are not consuming slime.  We have a lot of edible play dough recipes if that is an issue in your house!

Because the other ingredients in slime are usually food-based like food coloring and other kitchen ingredients, they are generally considered safe for slime recipes as well.  White glue has long been used with kids crafts and projects and in the classroom and isn’t known to have toxic ingredients.

Contact solution is a common choice for making Borax-free slime.  It has trace amounts of boric acid which is an ingredient in Borax.  So, kinda!  Yes, Borax-free slime actually has trace amounts of ingredients found in Borax.  But…think about the concentration of boric acid and how contact solution is used.  The main objection to using Borax in slime is the irritation it can cause with repeated touch.

Because contact solution is used in the eye and regulated by the FDA, it is considered a safer alternative to Borax.  If you truly want to make slime without any boric acid, check out the recipes that use a combination of glue and baking soda instead.

Make your own colorful snow cones…out of slime! This Frog Vomit slime is perfect for little pranksters. Our Galaxy slime is out of this world! Ditch the flashlight and instead opt for this DIY glow in the dark slime recipe. Fun, right? If you are wanting to make even more slime, check out our other slime recipes!

Leave a comment: What is the most wackiest slime you’ve ever tried?