Check out this fun way to help your child with their early math skills. 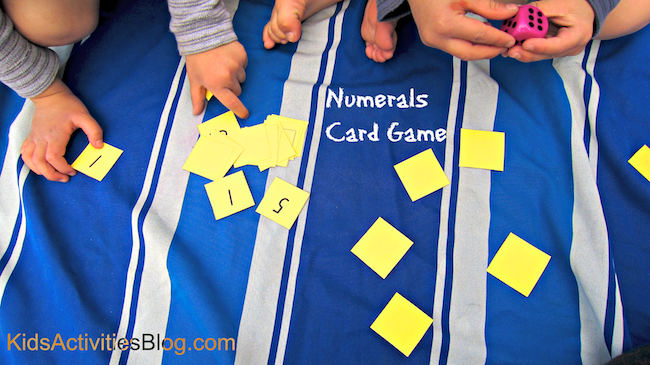 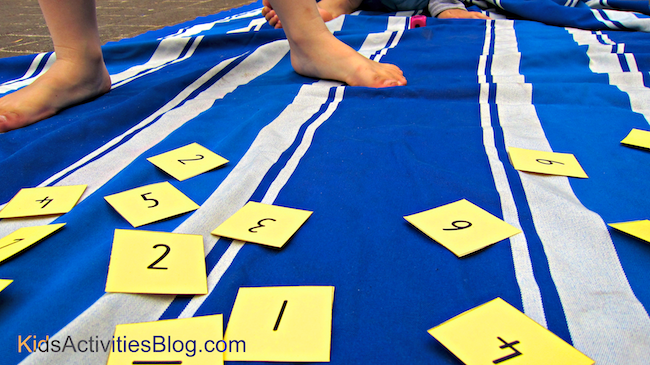 This is an easy to play math game.   Place the numeral cards face up on the ground. Take turns to roll the die and pick up the corresponding numeral card. If the card has already been taken, the child forfeits a turn. Play until all the cards have been taken. You can play as a team with the goal of picking up all the cards. Or you could have a competition to see who can pick up the most cards.

When children are just learning numbers, it is important to consider that identifying a numeral and naming a numeral are different skills.

Some children may be able to identify numerals, but find it difficult to name a numeral. As such, it is important to ensure children are given opportunities to practice both identifying and naming numerals.   Both are important for a child who is learning numbers. 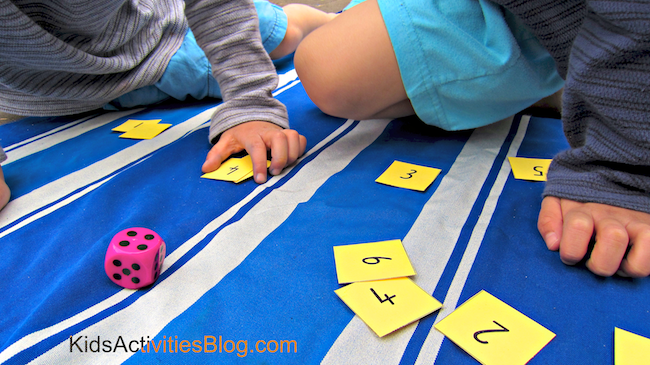 For more math game ideas and kids activities involving learning numbers, please take a look at what the Quirky Mommas have been doing:

Pauline LessonsLearntJournal is all about life with kids. On Lessons Learnt Journal you'll find activities for children: play, maths games, handwriting, reading as well as parenting confessions. Pauline is a Christian, Wife, Mother of 4, Primary School Teacher. When not blogging, she may be found virtually hoarding on Pinterest, trying to decide which Instagram filter to apply, or compulsively refreshing her Facebook feed. Most days you'll find her chasing her kids and that much needed nap.

Previous Post: « 4 Ways to Have Glowing Kids Fun!
Next Post: 10 Things to Do with Kids in Richmond, VA »