The kids and I have recently begun exploring our brains – how it works, the tricks we can play on it, ways we can encourage it to adapt and grow to face new challenges.

I loved discovering the book by Sandra and Matthew Blakeslee, The Body has a Mind of It’s Own.   In it they discuss how using tools or adapting your body’s function in some way, can actually adapt the way your brain views yourself… and ultimately, you can use this “mapping” ability that the brain has to create new neural pathways in your brain, as they say:

“Take hold of a long stick and tap it on the ground.   As far as your brain is concerned, your hand now extends to the tip of that stick.   It’s length has been incorporated into [you]”. 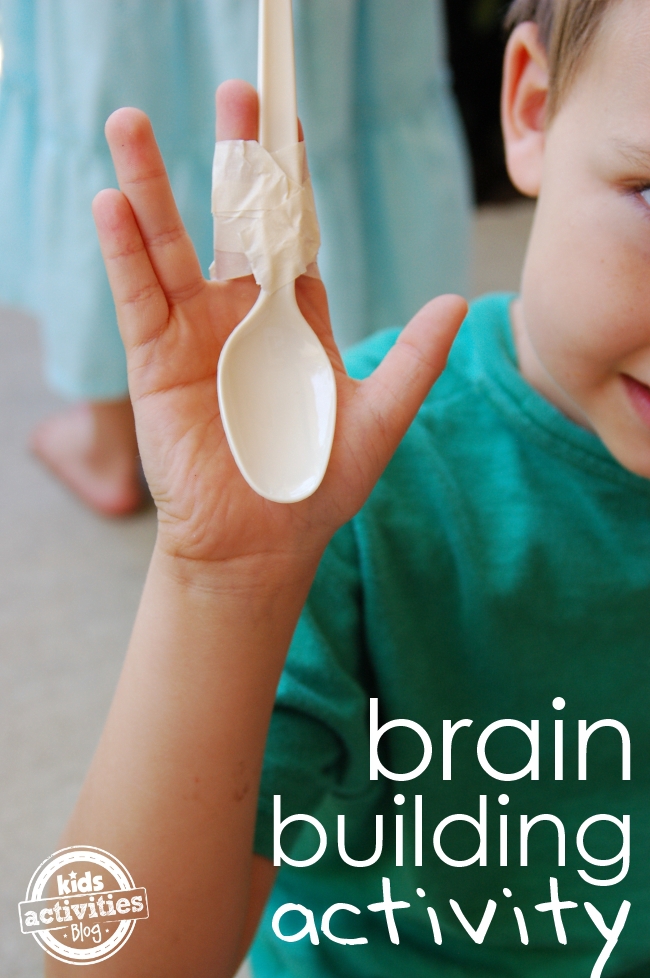 Creating Neural Pathways in our Brains

Our brains map out our bodies.   Our brain has a concept of how to navigate the world with say, all five fingers working.   You can create new neural pathways in your brain by using tools (and extending your “body” through that tool) and by adapting the way part of your body works over an extended time.

We decided to do a “trick” on our brain – to teach my son’s brain to compensate for a disability, and according to the research of the Blakeslee’s create new neural pathways.

They suggested superglue… to glue the tip of the index finger to the tip of the thumb and then go about your daily functions with no index or thumb… and that by the end of the day, when the glue begins to “break” it’s hold, new brain pathways will be formed.   That kids brains will have grown in their problem solving skills and ability to be aware of their actions. 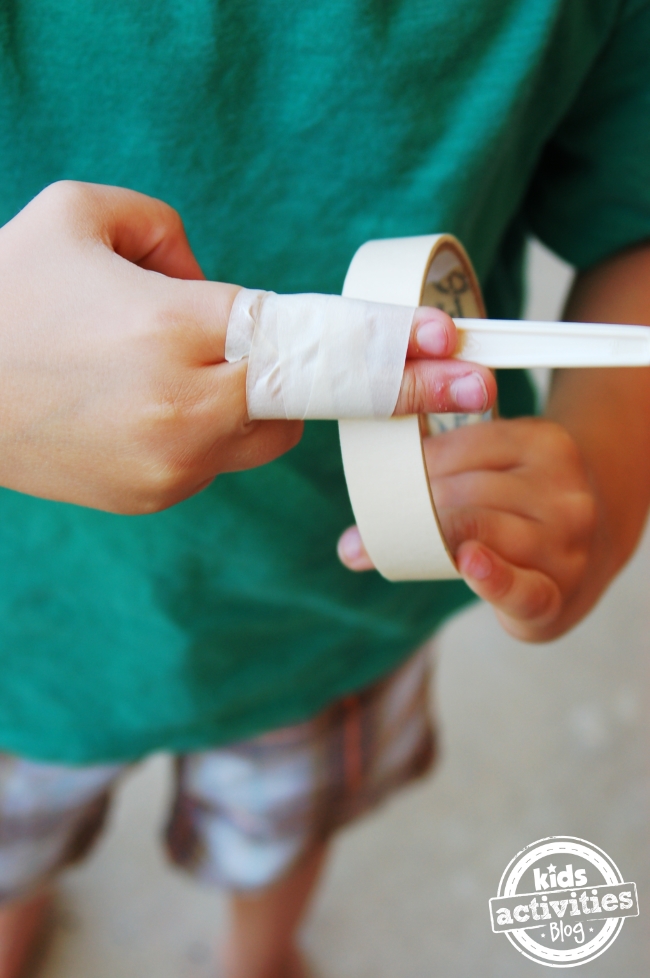 I felt that superglue was a bit extreme.   BUT… we can also handicap ourselves with other items.   The purpose of the superglue with the index and thumb was to make it where the kids could not use their primary fingers.   We did the same thing by immobilizing.

We used masking tape and a spoon.   My son taped the spoon to his fingers on one hand and I did the other hand.   He then went about his daily tasks without the use of all of his fingers.

I was impressed with how fast he figured out how to do everything from buttoning his pants to opening ziplock baggies.   Brains are amazing!

We kept the tape on for a couple of hours, until the spoons broke.   He says he wants to try it again.