While talking about fire safety with my children the other day, we got into a discussion about the science of fire.  My kids wanted to know just how does fire burn?  Here is a demonstration of what we learned. 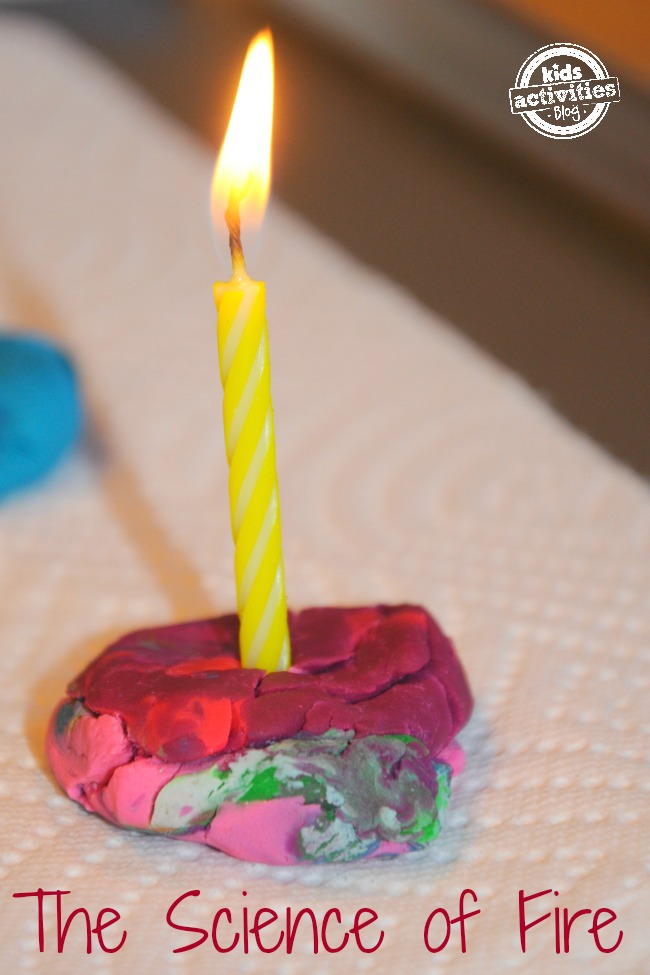 Fire is mystical to children.  Therefore it is critical that children learn the importance of fire safety and that fire is not something to play with.  That being said, it was fun to learn about the science of fire in this simple experiment for kids.

We only needed a few basic supplies: 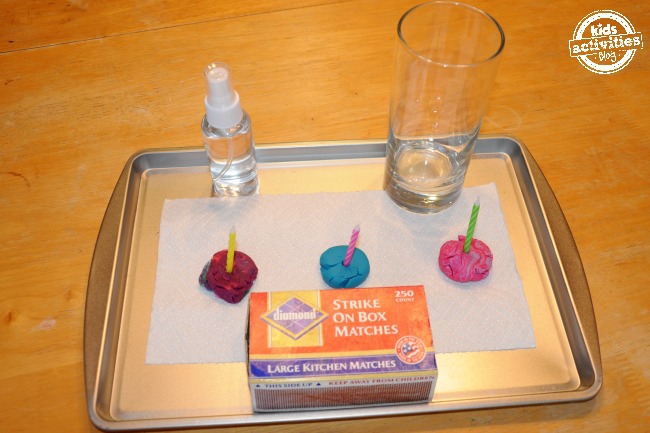 How Does Fire Burn

I asked my kids to think about what they knew about fire.   Among many answers given, some included “It’s hot”, “Stop, Drop, and Roll!”, and “It burns up what it touches”.

These answers hit upon exactly what our experiment would demonstrate. 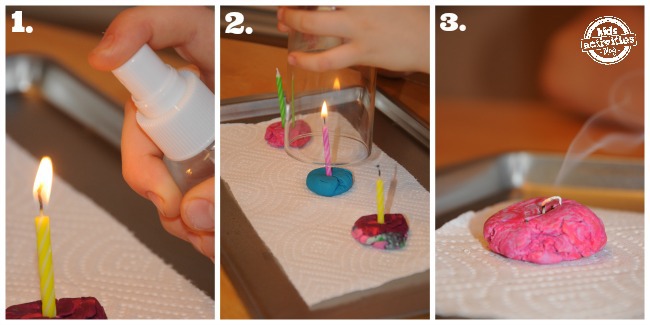 1.  We sprayed water on a burning candle.  The cool water turned to steam when it touches the flame thereby taking away the necessary heat that the fire needs to continuing burning.  Findings: If a fire is hot then fight it by making it cool!

2. Think about what happens when we “Stop, Drop, and Roll”.  We stop because running around would only fuel the flame with oxygen.  So instead we drop to the ground and roll around which essentially smothers the fire by removing the oxygen that it needs to burn.  We tested this by putting a glass over a lit candle.  The glass didn’t even need to be completely covering the candle to reduce the flame or even extinguish it.   Findings: If a fire needs oxygen to burn, then removing the source of fresh oxygen will quickly extinguish it.

3. A fire needs fuel to burn.  This fuel could be in the form of logs in a campfire, gas from a stove, or a simple wax candle.  We let one candle burn completely down and once the wax was gone the fire quietly went out on its own.  Findings: Don’t feed a fire!  Remove the fire’s fuel and it will no longer be able to burn.

This was such a simple experiment to do with basic things we had around the house.  But to my kids, it was fascinating and an experiment they will not soon forget.