Weaning baby from breastfeeding when he was ten months old was not my original plan.

In the beginning I had no intentions of stopping that early and would have loved to make it longer.

Our problem was that he began biting me (like most do when they get teeth) and he wouldn’t stop. In fact, most of our nursing sessions were not feedings at all anymore, they were more like a game of, “How long can I go without crying or bleeding?”

After suffering through the phase for weeks, trying my best tough it out and get it through it, I threw in the towel.   Neither one of us was getting anything positive out of breastfeeding anymore.

I stopped cold turkey and although he wasn’t very happy about it at first, after a couple of nights he was weaned and ready to move on. (This post contains affiliate links) 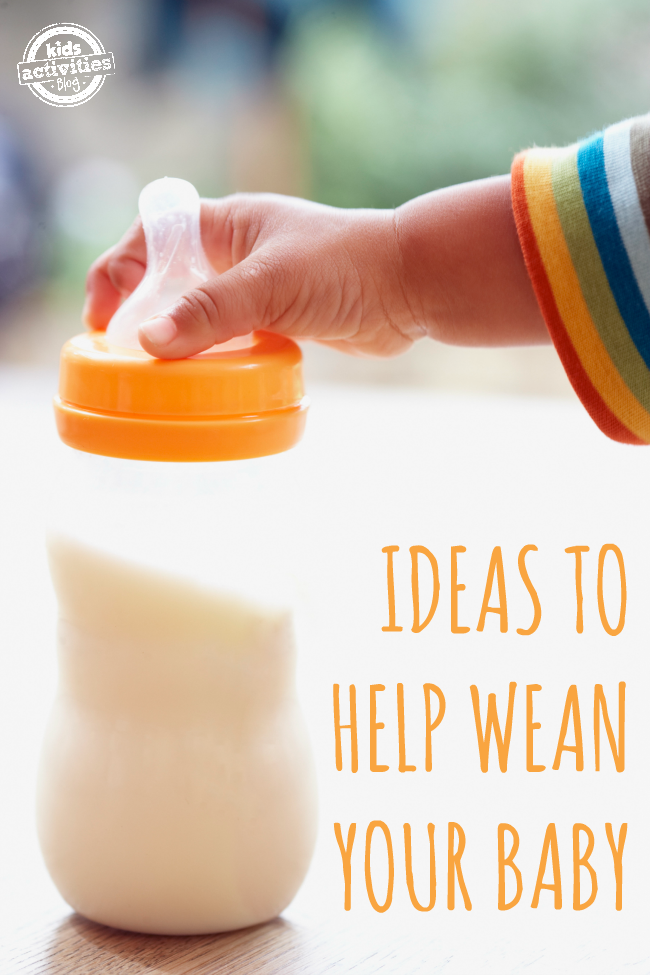 We were wondering what other people did to wean their baby from breastfeeding and what worked best, so we asked our amazing Facebook community.

Here are some things to consider if you’re looking into weaning your baby:

–I completely changed the order of bedtime routine items one night to kind of confuse him. He didn’t notice a thing and went straight to bed. He never looked back.

-Instead of breastfeeding, give him a bottle with just water. He will learn that it’s pointless to wake up at night, just for water. That’s how I broke both of my children from night time pacifier and feedings.

–I know this sounds completely crazy, but check out the Farmer’s Almanac and what they use to wean animals. I have used it to wean all three of my children.

–I put a drop of ginger extract on the areola (not on the nipple). It was so bitter that when he tasted and smelled it, it put him off. The next day, every time he attempted, I’d rub some on my shirt near the breast. On the second day he decided to not nurse anymore but drink from the cup instead.

-Try just holding him. A lot of the time it’s not so much the milk, but the warmth and smell and sound of you that calms. Make sure he ate enough at dinner and just try being with him. Eventually he’ll realize that losing the milk doesn’t mean he is losing his mommy. 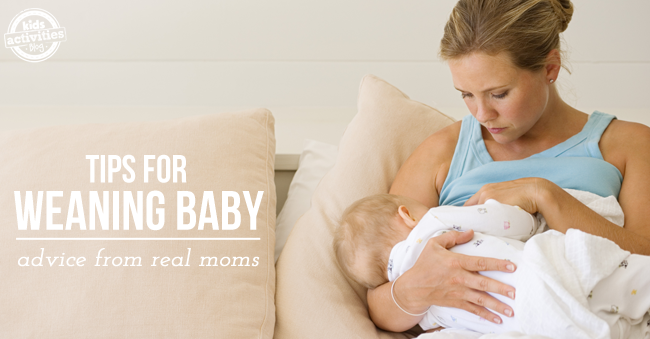 –Put band aids on your nipples and your baby will see that you have an ouchie. I’ve heard it’s very successful.

–After we decided to drop the night feeding, my husband had to take over the bedtime routine. She went to sleep so much better for him than for me. It’s good bonding for them (she is very attached to her mama). So if you have someone else that can put him to bed, maybe that will help.

–I had some serious trouble with 2 of my kids – in the end I put Vegemite on the milk bar and told them it was (yep you guessed it) poop! It worked great; took probably three times for them to see it on them, and no more.

–Cold turkey. .. it’s rough at first but I find it easiest.

–I breast feed my daughter until she was 2.5 and I tried heaps of things, but the only thing that worked was drawing black dots and lines on my boobs.

If you’re looking to wean your baby from breast to bottle, here are a few we recommend:

These are bottles that are specifically designed to look, feel and act like a breast.   Although there is no substitution, these may help transitioning to a bottle a bit easier.

Liz chronicles her adventures in mommyhood at Love & Marriage.

I'm just a mom keeping it real about how little I sleep, how often I get puked on and how much I love them.