It’s been three weeks of me forgetting to buy chocolate syrup at the grocery store, so I decided to improvise with some cinnamon vanilla milk.

Every morning, and I mean every morning, my three year old would look at me and say, “Mommy, did you buy my chocolate milk?” He meant to say chocolate syrup, but I knew what he was trying to ask.  I’d give him an oops look and say, “Oh no, I forgot again.”  He even got to the point of “scolding” me for forgetting after the first week. 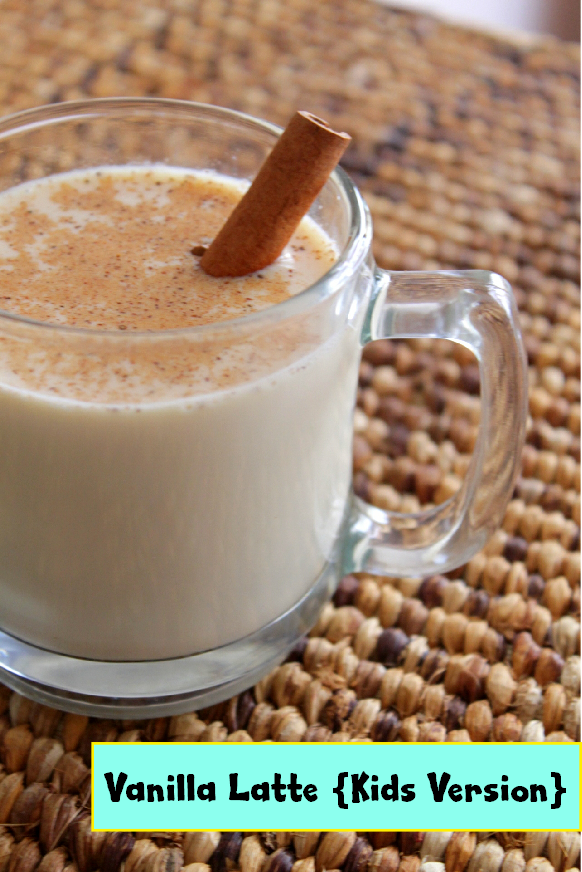 So one morning I heard his little steps coming down the stairs and I knew I had to come up with plan B. I made some Cinnamon Vanilla Milk for the kids.  My mom used to make warm milk for us in the morning.  I hated it, mostly because she didn’t add anything to it and I couldn’t stand the smell.  But Cinnamon Vanilla Milk is a whole different story. The lovely thing about this drink is that it can be served warm or cold.   If you want to make it a treat, add whipped cream on top and a dash of cinnamon for a kid’s version of a Vanilla Latte.

My kids loved it!  It was easy, healthier than chocolate syrup, and delicious.   Also, since we’ve been trying to find ways to make Spanish fun,we turned this into a language learning lesson. There are only a few ingredients so I taught them the names in Spanish. When you say the words in Spanish you might want to hear them first online to make sure you’re pronouncing them correctly. 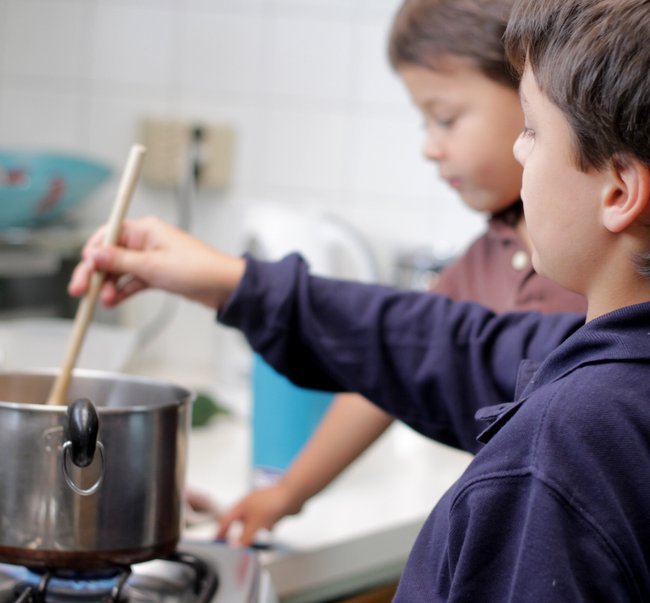 1. Place all of the above ingredients over low to medium heat in a small saucepan.

Note that you may want to add more or less sugar.

For more cooking with kids fun checkout this Making Bread with Kids 25+ Recipes!

Mari Hernandez-Tuten wears many hats throughout her day: mom, wife, friend, counselor, speaker, missionary, and founding editor of the Ezine, Inspired by Family. Our Ezine is a place full of creativity, laughter, celebrations, encouragement and good eating that we hope spills over into your home. So have a seat, grab a cup of Cafe con Leche, and let's get inspired! You can find us at Inspired by Family Magazine on Facebook or Twitter as @InspiredFamily_.