I am a bit giddy over today’s playing with letters activity!

We have a super cute alphabet printable that is free courtesy of our sponsor, KneeBouncers.

And if that wasn’t enough, we are using that alphabet printable to make a letter zipline because letters in action are WAY more fun than boring old sedentary letters! 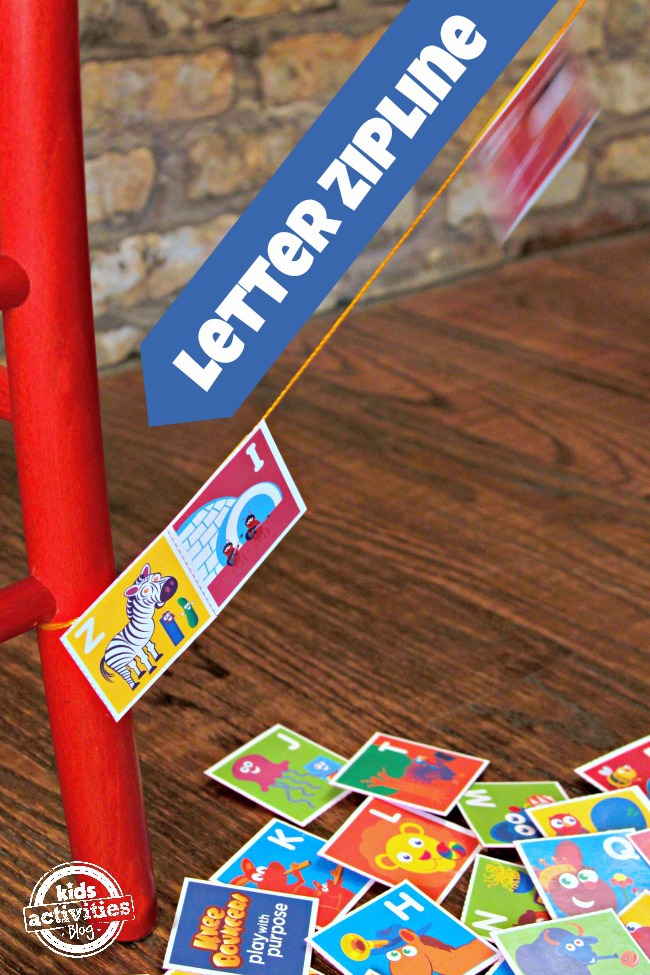 If your kids are already playing KneeBouncers games, then you will recognize the characters that are hanging out with each letter of the alphabet on these printables.

I printed a set on photo sticker paper and then stuck it to thick pink scrapbooking paper.

Then I cut out the 27 cards – the alphabet A-Z and the KneeBouncers wild card {more on that later}.

First, cut the straws up to be just a little shorter than the width of the alphabet cards.  Then cut a slit down the length of the straw and clip the corners of one end.

Glue the altered straw pieces to the back of the alphabet cards near the top with the snipped end on the right. 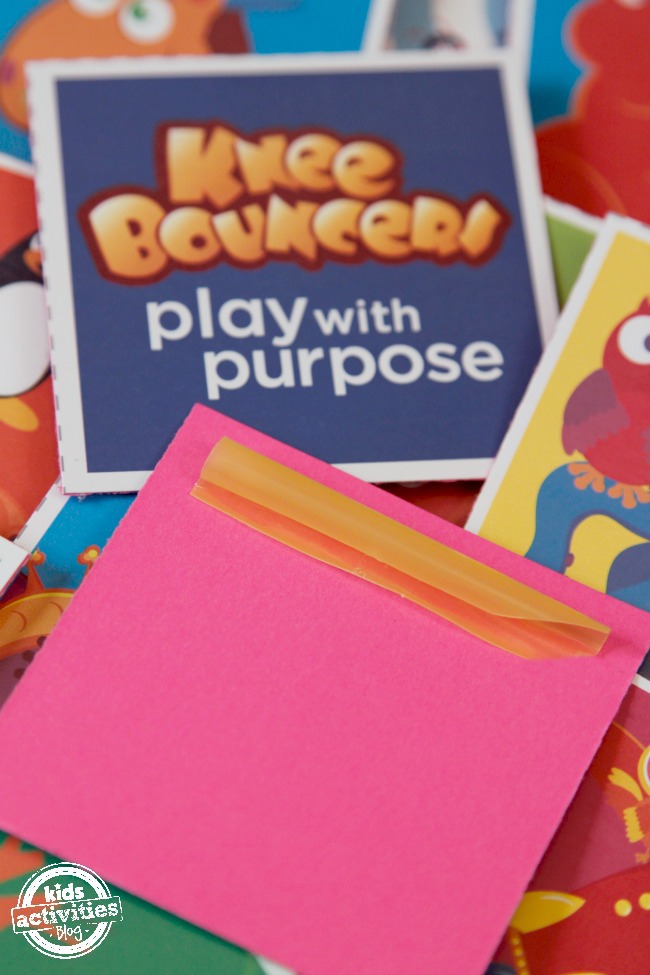 Repeat to all cards.

Set up a zipline with string.  I used two of our kitchen chairs.  You want the right side of the zipline to be the tall side.

With string, I created the zipline using slip knots on each end to secure it to the chairs.

The letter cards can now easily be slipped onto the string {even with little hands} and sent flying down the zipline.

Early learning:  Start with a few alphabet cards and talk about each letter.  Then name one of the letters and have the child zip it down the line.  Help the child make the sound of that letter as it travels!

More advanced:  Give the child a few letter cards and have him send them down the zipline in alphabetical order.  Check and see if it was right at the end of the line.  We noticed if our zipline was very steep, sometimes new letters would knock off letters at the bottom {which is kinda fun!}.

Early learning:  Give the child a phonetic sound and have her identify the letter and send it down the zipline.

More advanced:  Give the child a simple one vowel word to spell and have her send down the letters in order.  As each letter goes down the zipline, make the sound of that letter.

We are really excited to be participating in the KneeBouncers Play with Letters series.  They will be featuring other blogs with fun letter play ideas over the two weeks. 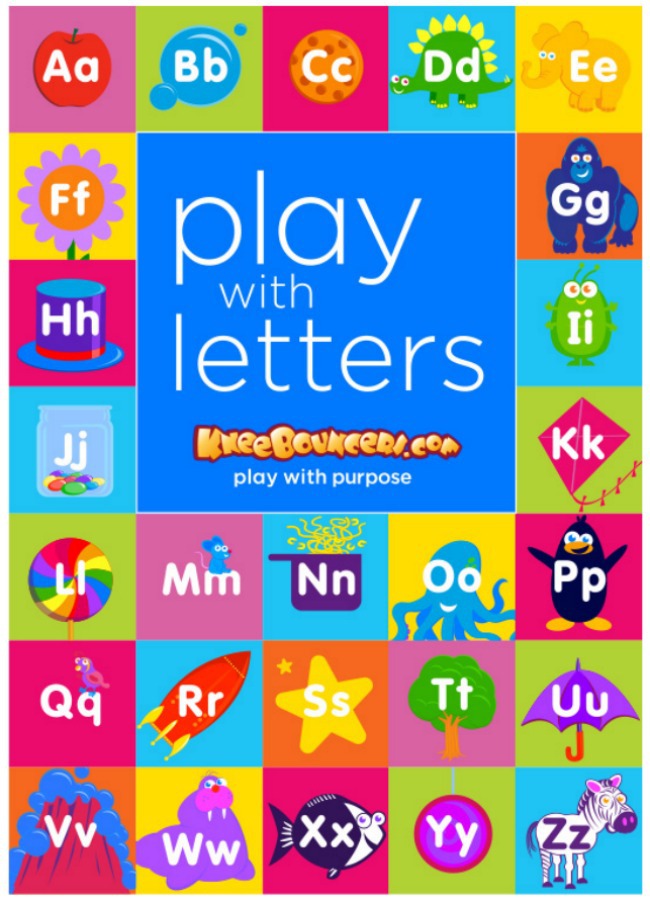 All these activities go along with the KneeBouncers Play with Purpose iPad app.  There are lots of ways to play with letters on the app {and many of them are free!}.

This post is sponsored by  KneeBouncers, who believe in playing with purpose! Visit  KneeBouncers.com  for a multitude of fun games that will help your child get ready for preschool and be sure to try their new Great Play with Purpose iPad App! 45 funtabulous games that support preschool readiness and learning. Available NOW on  iTunes  and coming soon for Android.  All opinions expressed in this article are my own.