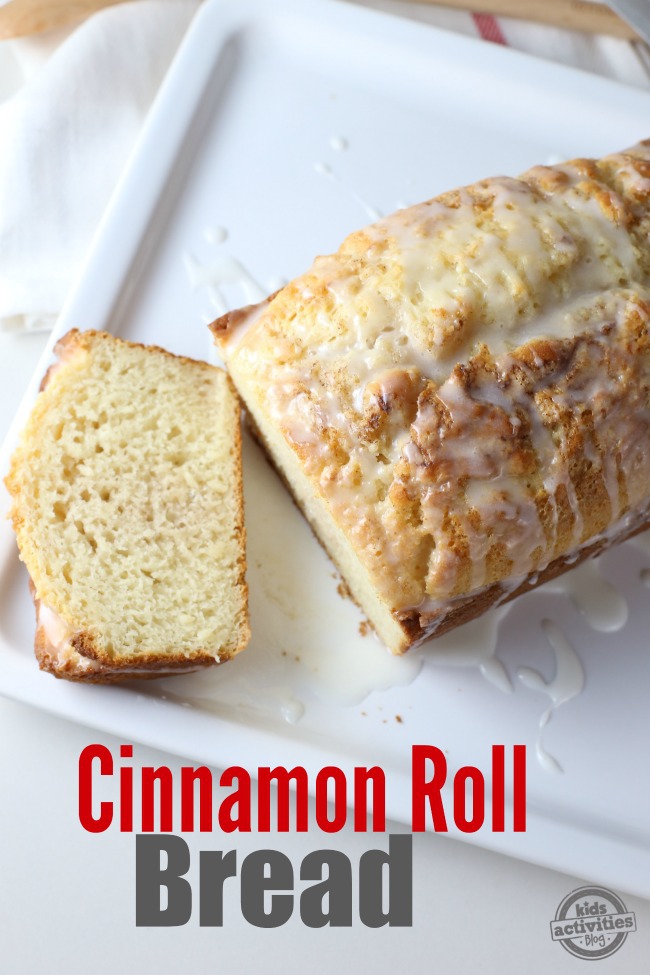 Do you love Cinnamon Rolls but just don’t have the time to make them from scratch at home?

This Cinnamon Roll Bread is going to change everything for you! It’s simple to make and tastes just like them!

The recipe took me about an hour from start to finish and I was enjoying a warm piece of Cinnamon Roll bread with that ooey gooey glaze on top! YUM!

We have a FREE Menu Plan printable for you guys too! It will help you plan out our week really easily! Get it HERE!

How to Make Cinnamon Roll Bread

Start by mixing together the flour, baking powder, salt, and sugar in a medium bowl.

Next mix in the egg, milk, vanilla, and plain yogurt. Stir together well.

Pour the mixture into a well-greased bread pan (affiliate).

Next mix together the cinnamon, sugar, and milk.

Drop teaspoonful into the bread pan, use a knife to swirl the cinnamon into the batter.

Bake for 45 minutes at 350 degrees or until a toothpick comes out clean.

Remove the bread from the pan and place on a wire rack, while the bread is cooling mix the powdered sugar and milk together so that you can drizzle it over the bread when it’s fully cooled. 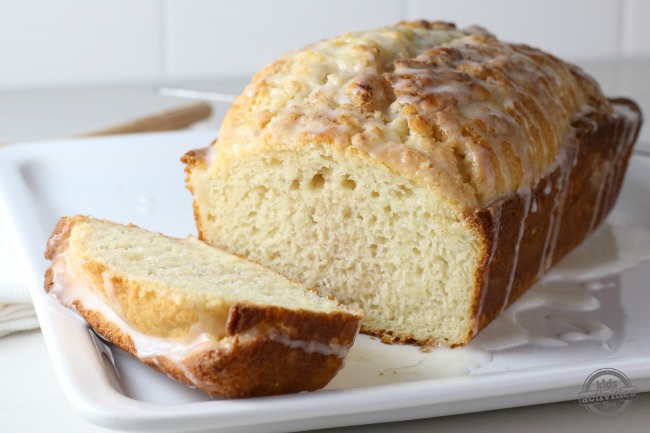 I’m kind of addicted to this Cinnamon Roll Bread, it tastes just like a Cinnamon roll just a different form of it! It’s so much easier to make than Cinnamon Rolls too! You can whip this up in no time at all. 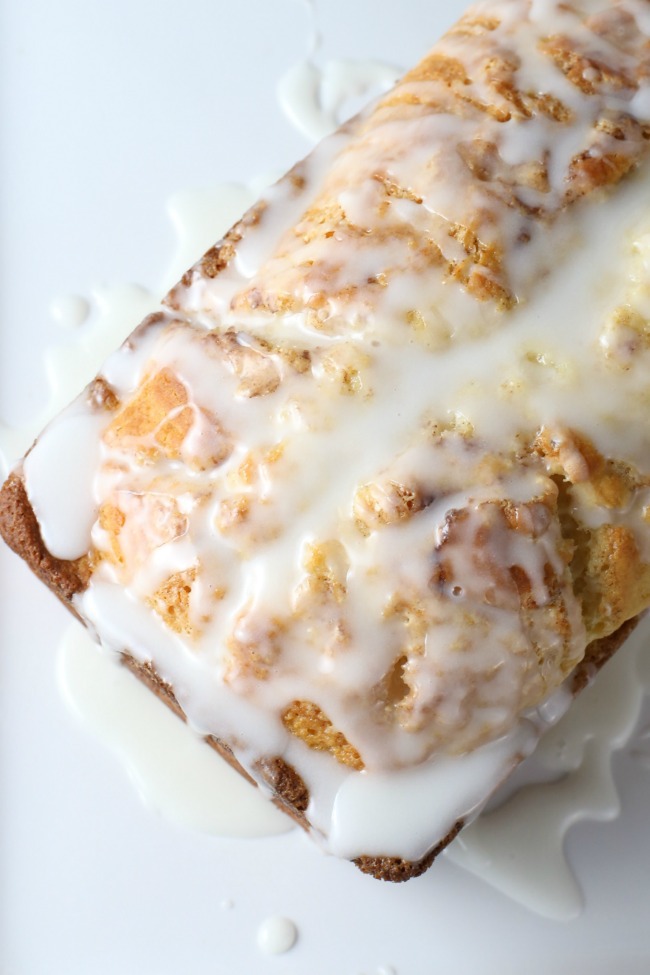 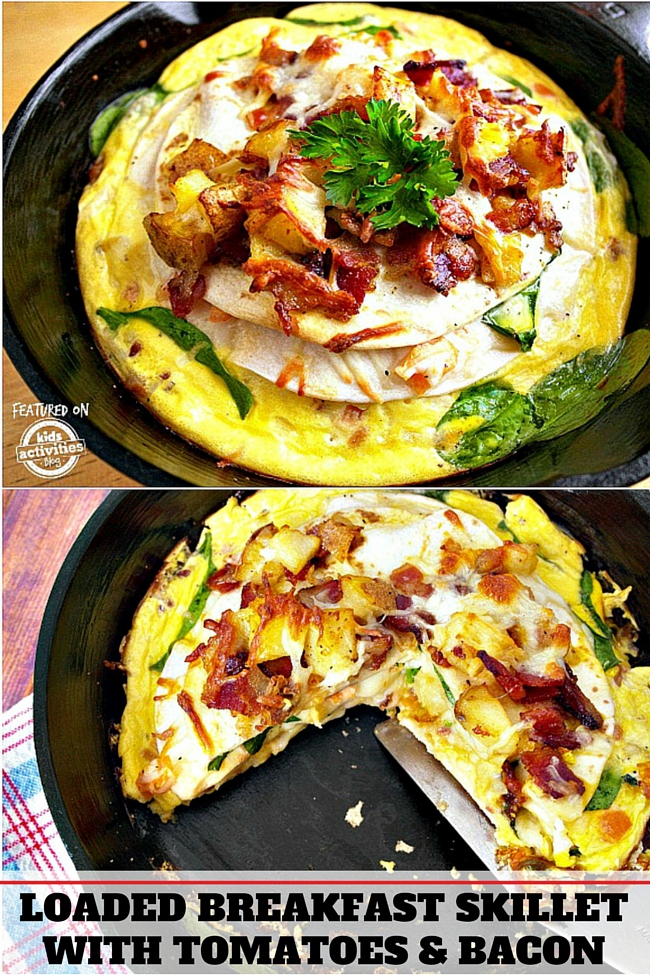 Would they love these Breakfast Almond Butter Waffles? Or is a Healthy Breakfast Banana Split more their preference? Maybe they’d like to try this delicious Loaded Breakfast Skillet With Tomato & Bacon!  If you are short on time in the mornings, these on the go breakfasts will help; Breakfast Balls and Banana Blueberry Yogurt Smoothie.

Leave a comment: What’s your family’s go to breakfast?

Chrissy Taylor is a wife, Mom, blogger and property manager. She and her husband of 15 years are raising two active boys in the Twin Cities area of Minnesota. Chrissy enjoys blogging about cooking, crafts, gifts and household tips.

You can connect with her at:

Previous Post: « The Frozen 2 Trailer Is Here And Here’s How We Are Celebrating
Next Post: Talking with Kids About Tough Topics »