I have mentioned a few hundred times that Rhett(3) has had a bit of an addiction. He could be the poster boy for Pacifiers Anonymous (PA). 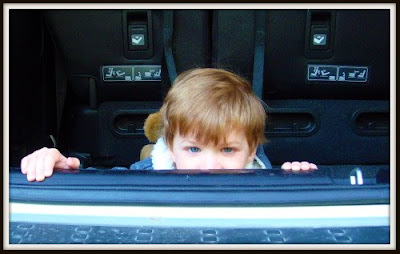 It started out so innocently…he cried and we needed a quick fix of peace and quiet so the binky pushing began.

Unlike the other boys, he actually took to the pacifier. It was pure heaven at first, but then he needed more, more, more.

It was an ugly out of control spiral…

We had a binky intervention…twice. There are even family members who refuse to associate with him when he is using.

At one point I began strict pacifier rehab. He resisted treatment. I caught him stealing moments with his binky. I saw him sneaking hits. I saw him hiding the evidence.

He had to shake this habit before it ruined his life.

It isn’t like his drug of choice is illegal…

At that point we cut him a little slack.

At that point we decided to ignore the problem and hope it goes away.

That was several months ago. We have given Rhett free and unfettered access to a never-ending supply of pacifiers. Slowly the pacifiers have been wearing out. Slowly the highs haven’t been as high.

Tonight as Rhett went up to take a bath blog-Stedman asked him if he wanted to take his binkies upstairs while holding out a handful of pacifiers.

Rhett turned and said “no”.

I asked him during his bath why he didn’t want his binkies.

He said “because I am not a baby”.

And he went to bed cold turkey.

He woke up about 45 minutes later shaking from withdrawal, but his resolve was firm. I am scooping him up and taking him to my bed.

This could be a rough night, but it is the first step…