I love finding out hidden Easter eggs in movies and video games. That is why when I heard This Fisher-Price Toy Has A Secret Konami Contra Code I had to check. In fact, my daughter has this exact toy so I tried it and it actually works! 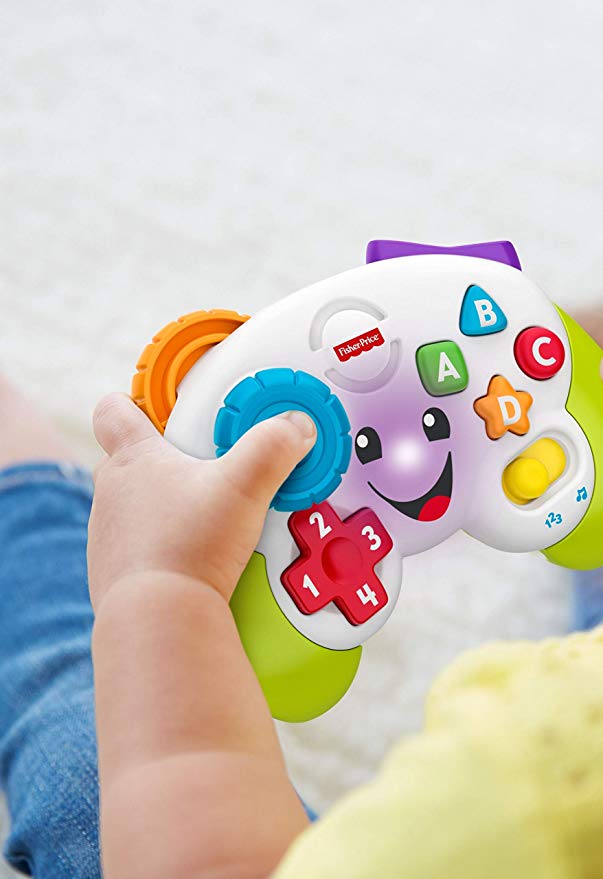 The Fisher-Price Game and Learn Controller is the perfect toy for toddler’s to make them feel included in your house of gamers. We actually bought the pink version for our daughter and she loves playing with it. 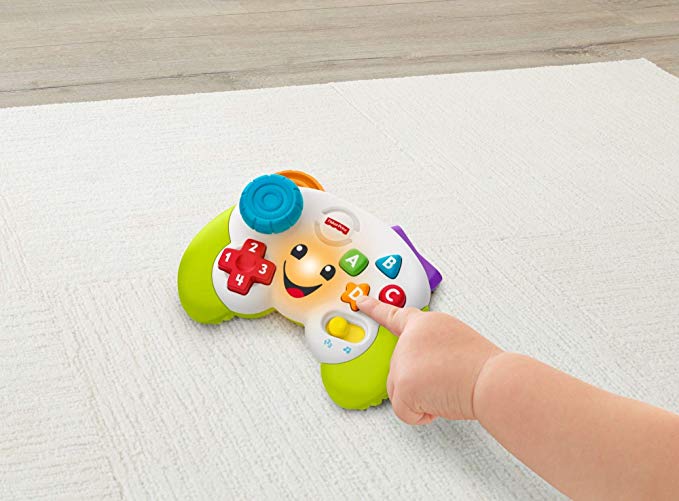 The toy plays music and sounds while it lights up like a traditional game controller. However, most people don’t even know that the toy comes with a hidden Easter Egg… A Secret Konami Contra Code. In fact, the details are right on the side of the box, but who really pays attention to the box? I know I didn’t. I just opened it for my daughter and threw the box away without even realizing the secret code.

One mom posted the brilliant find on Facebook with pictures of the box (in case you missed it like I did). She said, “Yall, I found an “easter egg” on my babys toy. I slid the switch to the numbers side and did “up up down down left right left right b a” and it started playing Mario noises!” 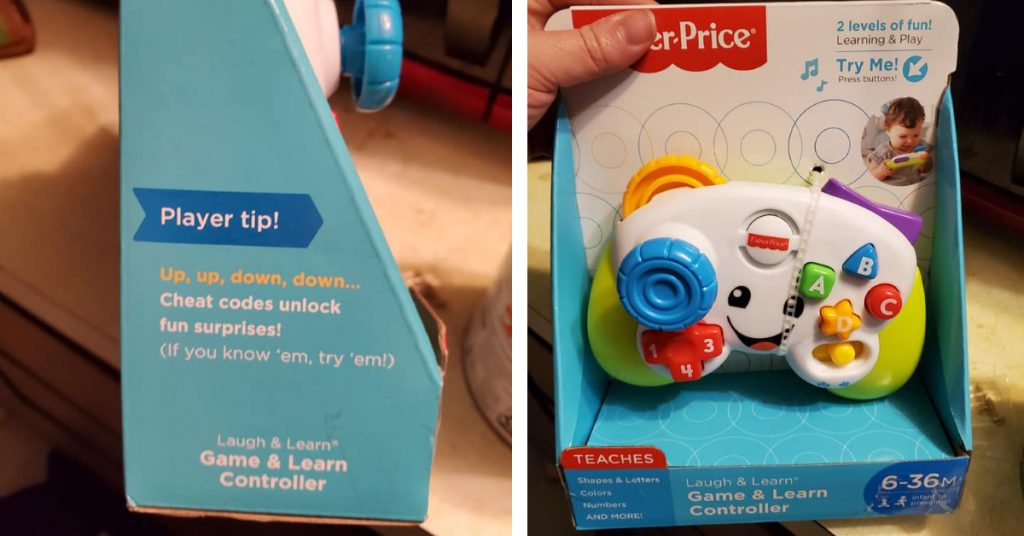 That then sparked videos of people trying it and it actually works! You do that combination of buttons and see the video game surprise and hear “You Win!”. Fun, right?

I’ve had a blast playing with this toy now that I know this easter egg exists. You know you want one now too! 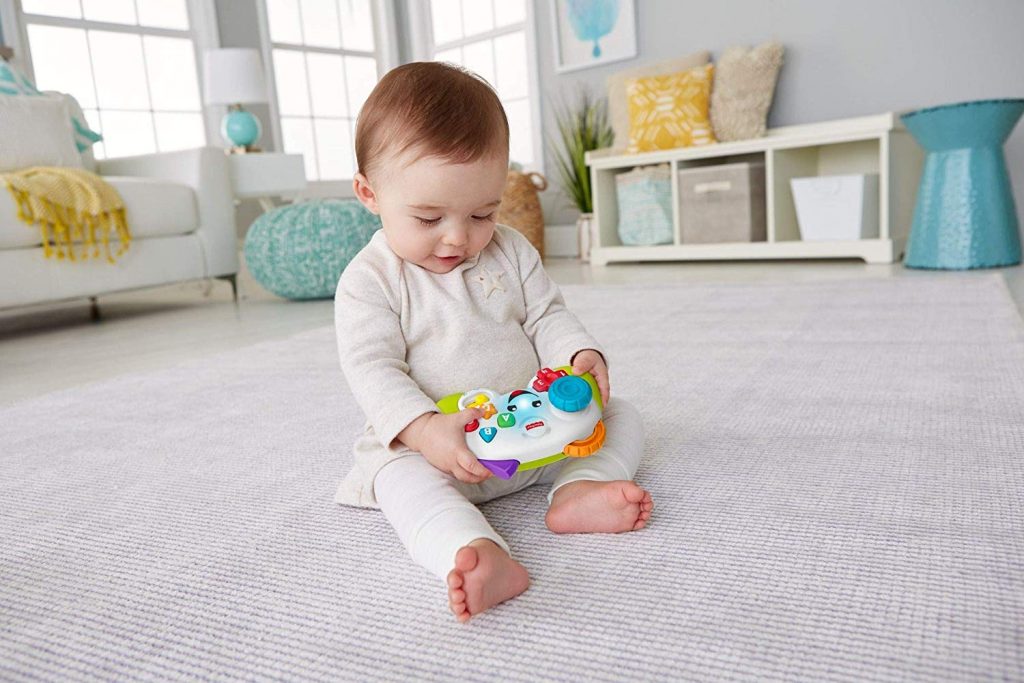 You can order yourself a Fisher-Price Game and Learn Controller on Amazon Here. 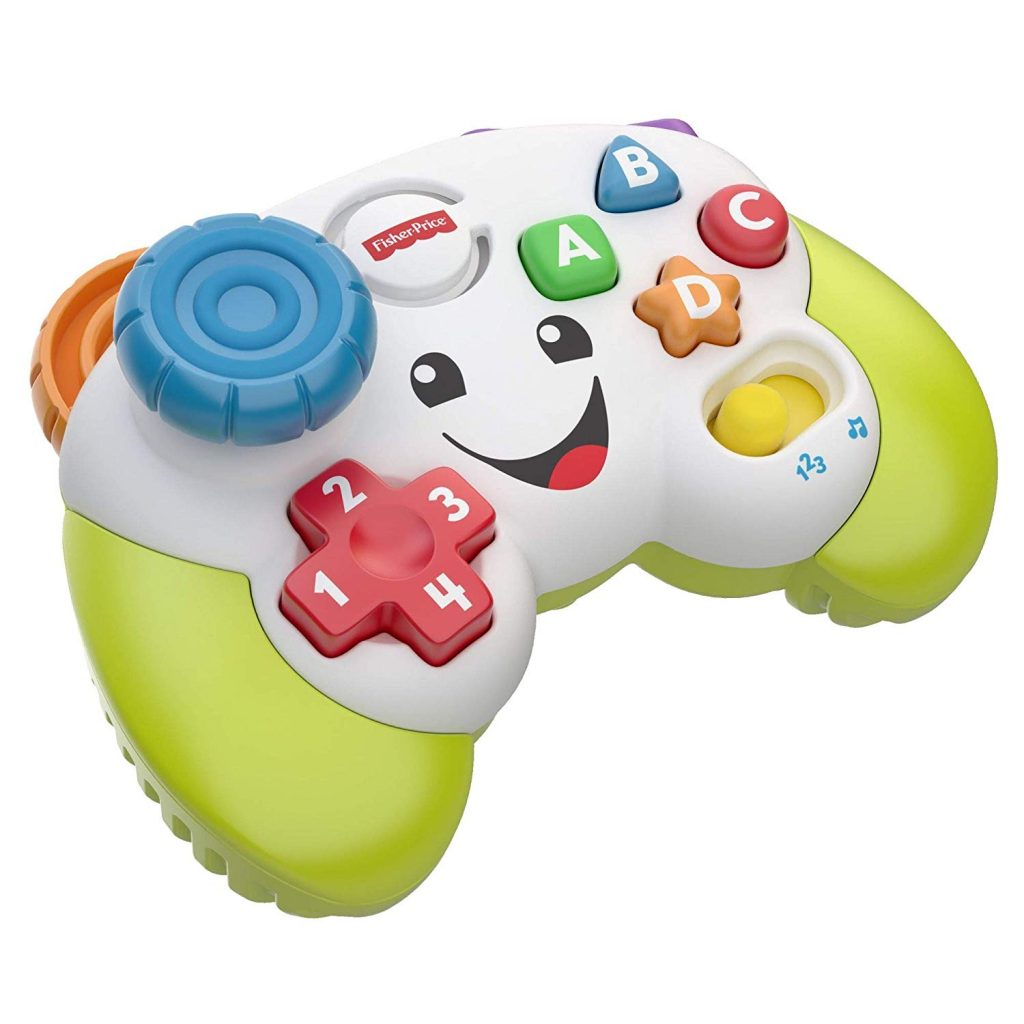