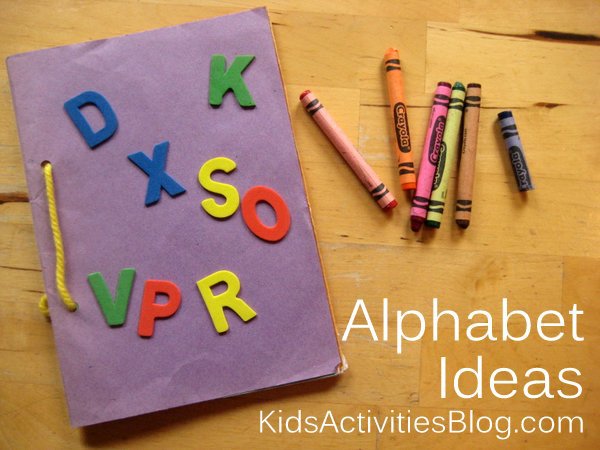 I found a forgotten treasure on the bookcase this week: an alphabet book I’d made with my elder daughter several years ago. When she was four and really starting to be interested in learning letters we’d made her very own alphabet book, written and illustrated just by her. I remember she loved creating the book, thinking of which words to include and then drawing the pictures to match and how proud she was to have a book of her own. She’s nine now, with plans to be an author one day, so maybe they were the first signs of her calling!

If you have a pre-schooler I’m sure you’ll be adding in lots of letter practice as you read and play and chat together. This alphabet book idea is a great way to combine art and writing, and to put your child in charge of their own learning. It also makes a lovely keepsake, as it captures your child’s early style of writing and drawing and records a snapshot of what their loves and interests were when they were very small. Here’s how we made it. 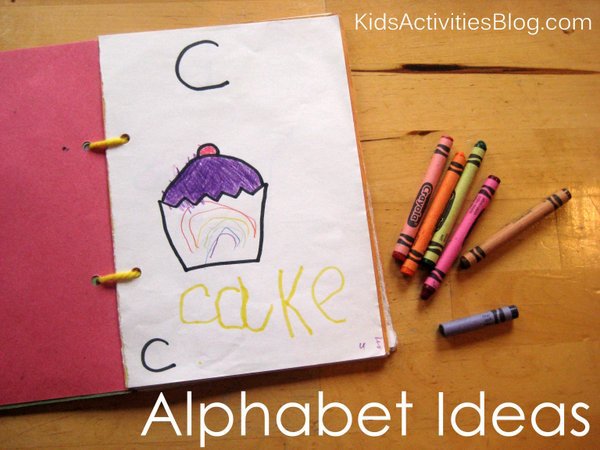 We used cardstock to make the pages, in lots of cheerful colors. We didn’t work in alphabetical order but instead I asked my daughter to choose which letters she wanted to make a page for first. Of course she wanted to start with her own initial and it was interesting to see which order she went in next – picking words that were special to her and which she was familiar with. We made each letter on a separate piece of cardstock so that we could talk about alphabetical order at the end and re-organize the letters to go in the finished book. 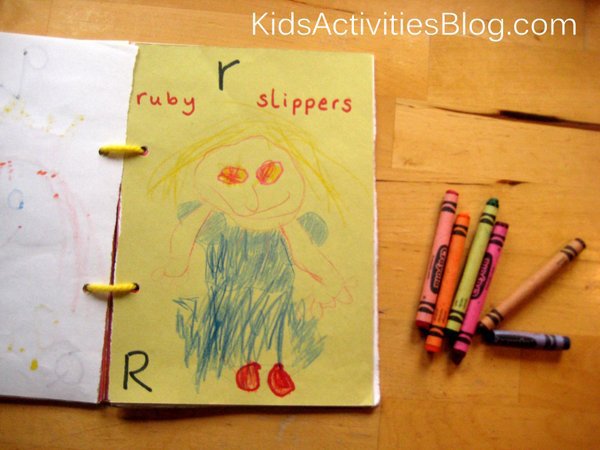 Each letter had its own page, with the letter characters written in upper and lower case. My daughter picked something to illustrate the letter and wrote in the word to match her drawing. At the time this was a great motivation for her to try out some writing because she was in charge and putting together a book of her favorite things. Looking back it’s fun to see what her passions were –  like the ruby slippers she’d seen Dorothy wearing at a performance of the Wizard of Oz. 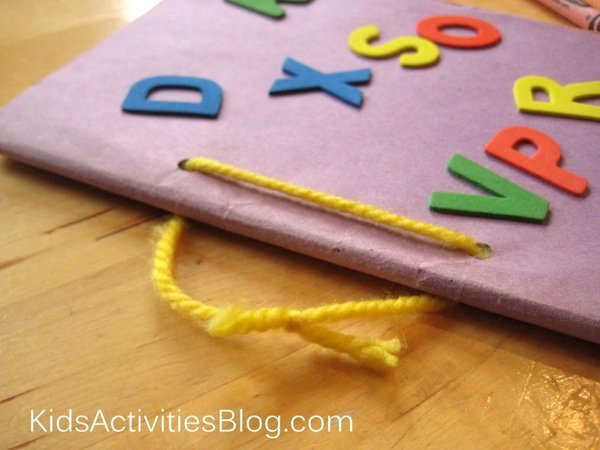 Each page was hole punched and a cover wrapped round the outside, and then the book was threaded together with a piece of yarn – very simply constructed so my daughter could do all the steps herself, but it’s lasted these last five years very well.

How do you teach the alphabet to your child? Please do share an idea in the comments.

Cathy James writes NurtureStore, a blog which is packed full of play ideas, kids' crafts and fun activities. Visit NurtureStore to sign up for a free weekly Play Planner or follow the ideas on Facebook.