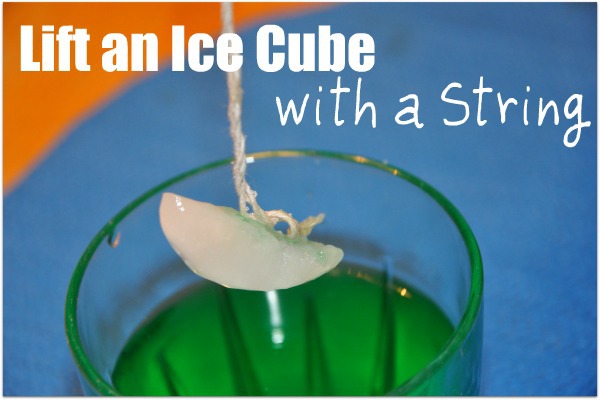 Here’s a fun magic trick with a little science behind it.

My son lifted an ice cube from a cup of water with just a string touching it.


He was elated and in awe as the cube dangled in the air.


All you need is a cup of water, an ice cube, a string and salt.   We colored the water in our cup just to make the ice easier to see but that isn’t really part of the experiment. 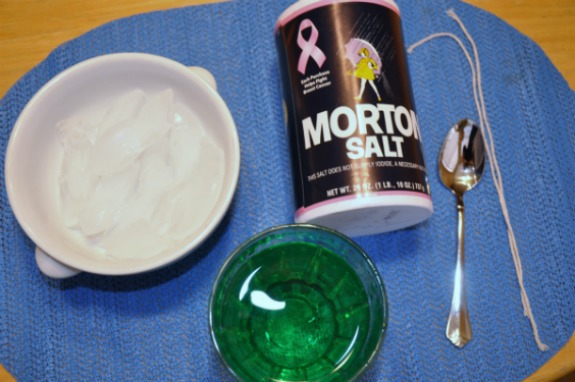 This experiment tests the melting and freezing point of water and the effect that salt has on it.

My son actually did two experiments in the same cup – one with salt and one without.

He put two ice cubes in the cup and placed a string across the top of each of them.   He added a little bit of salt to the top of one of the ice cubes. 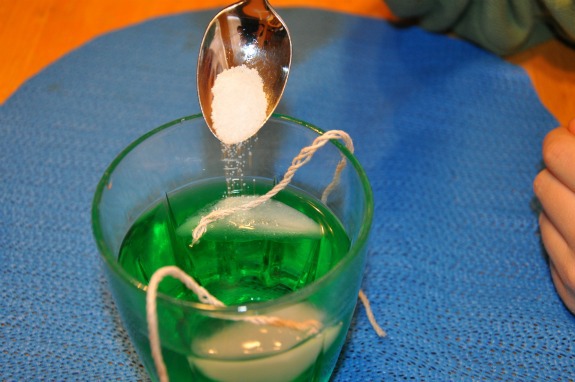 Next, he waited about one minute or so.

The sodium quickly melts to top layer of ice because it reduces the freezing temperature of the water.   This is why we use salt to melt ice on the roads when they get icy and slippery. 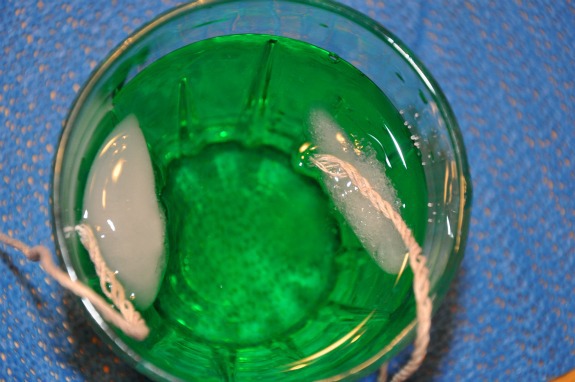 However, as the salt dissipates in the water, the freezing point rises back up and the ice refreezes, capturing the string in the ice.  The string becomes frozen to the ice cube and can be lifted out of the cup.   The ice cube without sodium sadly, did nothing at all. 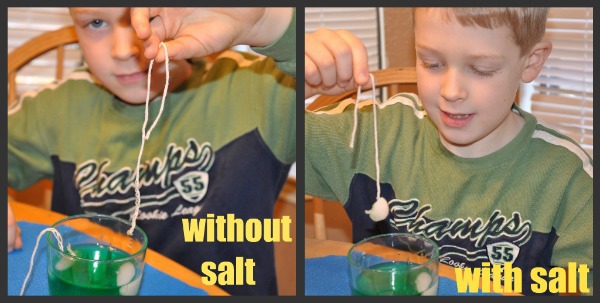 Science is like magic and a few science experiments can make learning so much fun!

Other science experiments that we, the Quirky Mommas, have done lately include making a magnetic dollar lift off the table, or making pepper dance away from your finger, or exploring density with another salt and water experiment.

How have you explored or experimented with your kids recently?