Kids games – it seems I find my kids playing online games non-stop, especially games that are hilarious and make them laugh.  The newest app from Toca is sure to make your kids giggle hysterically.  It is all about playing and experimenting with food in the kitchen, Toca Kitchen 2.

Thanks Toca for the gift of laughter, for sponsoring this post, and for encouraging my kids to combine foods to create something new!  My kids made Veggie Ice Cream after being inspired by your game. 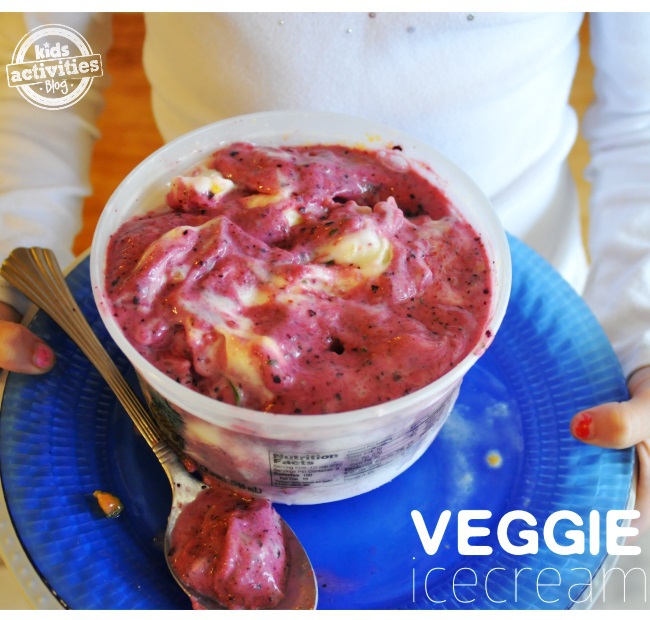 The premise of the Toca Kitchen game is that there are monsters (three of them) and they are hungry.  Your child is the chef, they open the fridge and pick foods out, they put them on the plate and pick a tool to “cook with”.  Your kids can chop the foods, stirr them, add salt or pepper…. they can put the foods into a frying pan, or a juicer, or even the oven.  When they are done “cooking” they serve the food to the monster and wait to see the monsters reactions to the food that was served.

If your kids are like mine, that is their favorite part.  They laugh hysterically whenever the monster spits or passes gas or whatever those noises are that the monster is making.  The kids just *love* it!

After playing the game for a couple of days we decided it was time to bring the game to life – in our kitchen!! 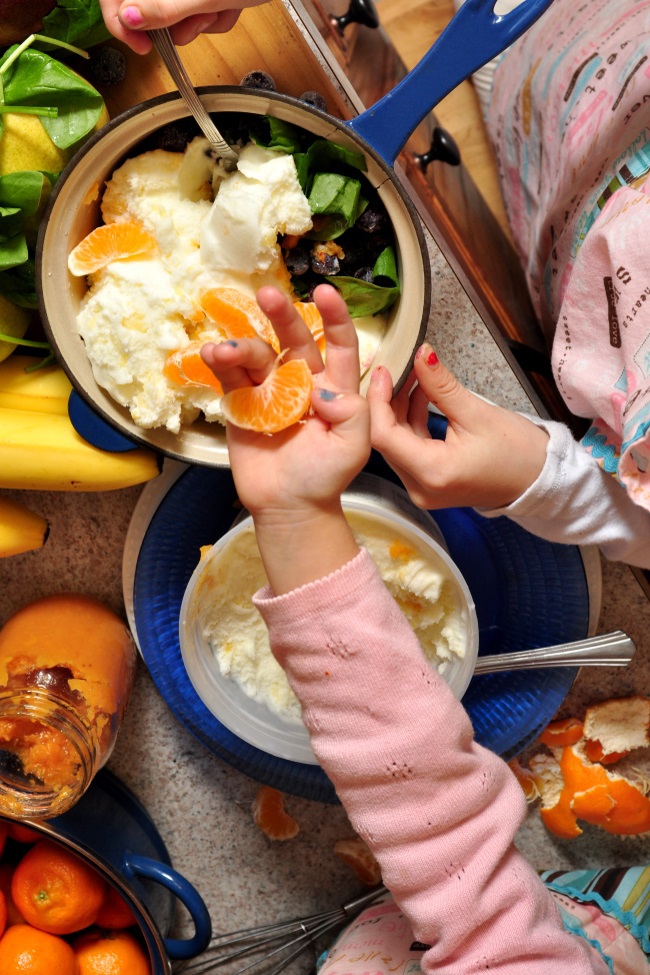 We went to the store and I let each kiddo pick an ingredient to include in our morning of cooking.  One kiddo got pineapple icecream… another kiddo got clementine oranges.   We raided our cabinets and fridge for other ingredients.  We found turnips, carrots, maple syrup, blueberries, green onions, spinach, almond butter and jam.

Bring the Online Game to Life

Then comes the fun!  The kids took turns taste testing the foods together until they came up with a combination they liked… they both agreed.  The ice cream was going to be the staple ingredient – cause even monsters like ice cream!  Ha!   They chopped, they cooked on low with ingredients in a sauce pan (what happens when you fry icecream??  A sticky mess!), and eventually they decided on making their own new flavor of ice cream. Blueberry Orange Ice Cream – topped with shavings of spinach! 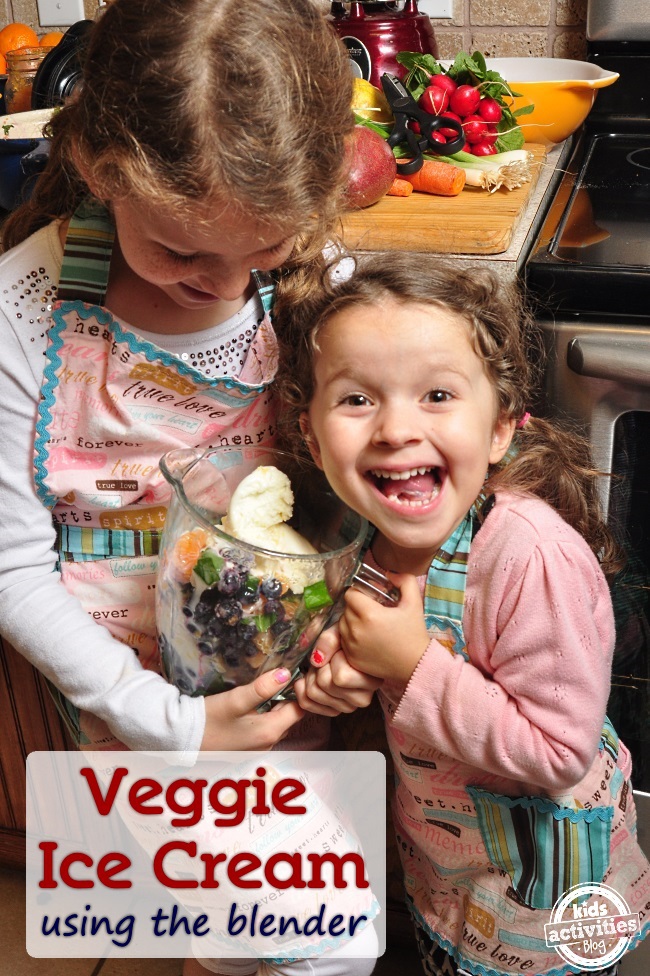 They filled the blender up with all their ingredients, covered their ears and turned it on!

Once they had the ingredients blended as much as they wanted they poured it back into the ice cream tub and put it back in the freezer so it could get hard again.

The kids all agreed, veggie ice cream was a smashing success!  If they could only find a monster to test their recipe on… the girls had to settle for their little brothers. 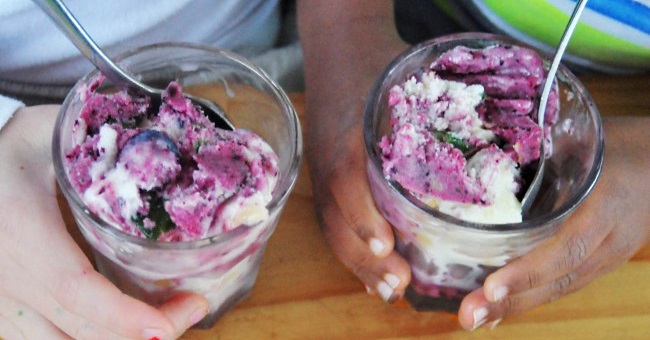 Thanks Toca Kitchen for yet another FUN app for kids.  We love your whole series of ad-free apps, your passion for kid-directed fun is appreciated and loved.  This latest game is your best!  Thanks for inspiring a fun day of veggie eating and taste testing until we could come up with our own monster-ready veggie ice cream.  Yummy!

Ready to play?  Get the app here.

Like our ipad cover?  We have had questions asking us where we got it – strongly recommend the AmorBox for kids.  It is very durable.

Got the app and love it?  Want to tell Toca how much fun your kids are having with the app?  Visit the Toca Boca Facebook page, pinterest boards, or send them a tweet.

Previous Post: « This 4-year-old’s daily affirmation is what we should ALL be saying daily!
Next Post: Sanity Hacks for Parents of Littles »