Looks can be deceiving.   This box might look small but it holds a whole afternoon of science experiments your kids will love.

It is a DIY Science Kit that has three different experiments in it and you can make it and gift it using items you most likely have lying about the house! 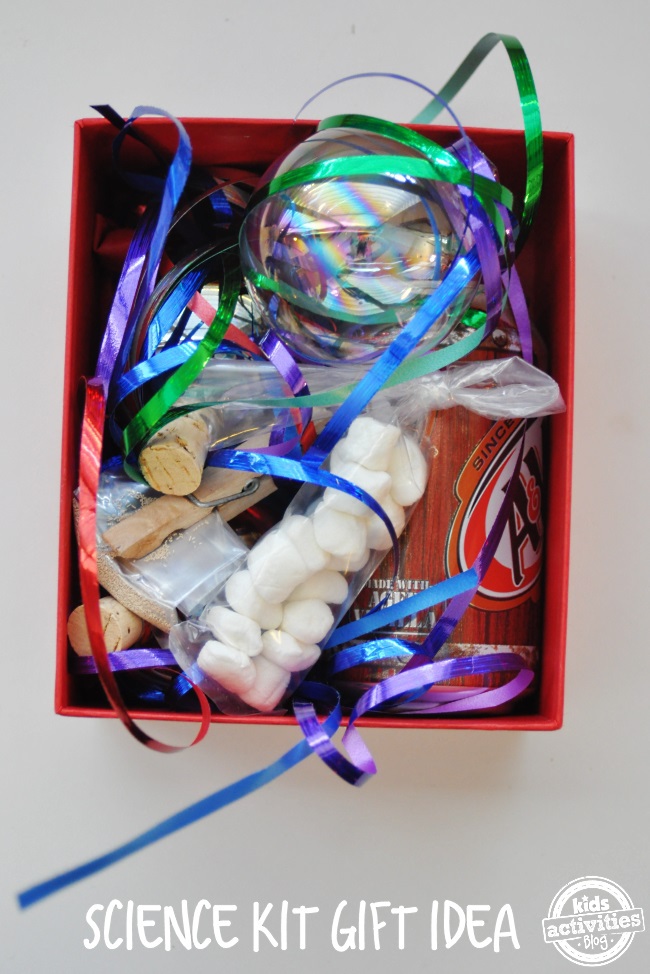 Supplies you will need:

With those items your kids can do three different experiments.

We first did this chemical reactions baking soda experiment with a glove.  That was eerie-cool! 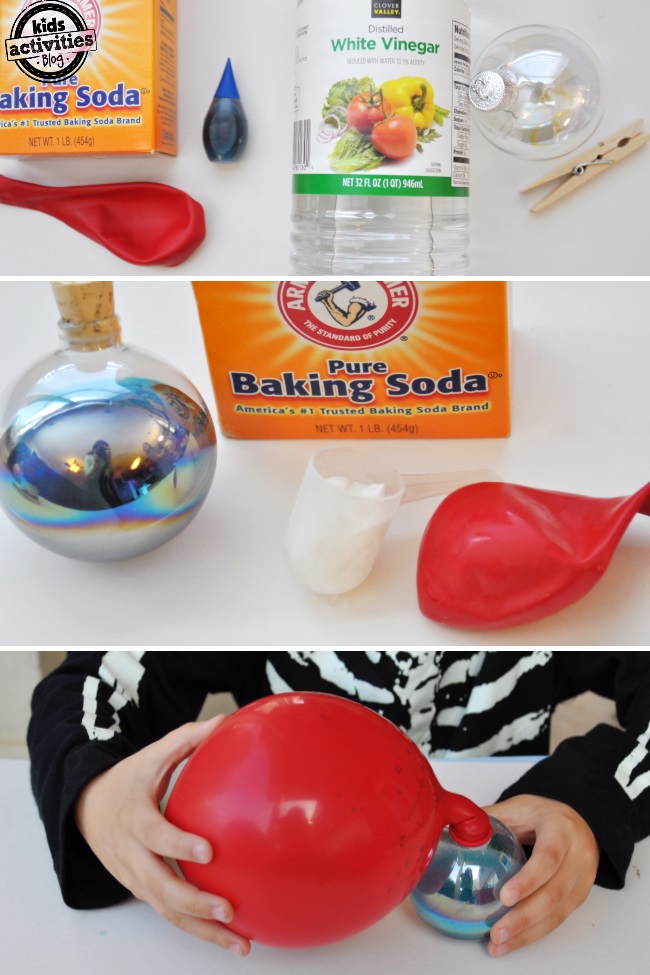 With this experiment you will want to put a couple of tablespoons of baking soda into the balloon.  We used a small rainbow loom band to keep the baking-soda filled balloon closed.  You don’t want it spilling around your box before your kids can explore.

Remove the ornament “topper” and fill it  2/3rds full with white vinegar.  If you are not doing the experiment now (i.e. putting it into the gift kit), put a cork firmly into the top of the ornament so the contents don’t leak out.

How to do this experiment: 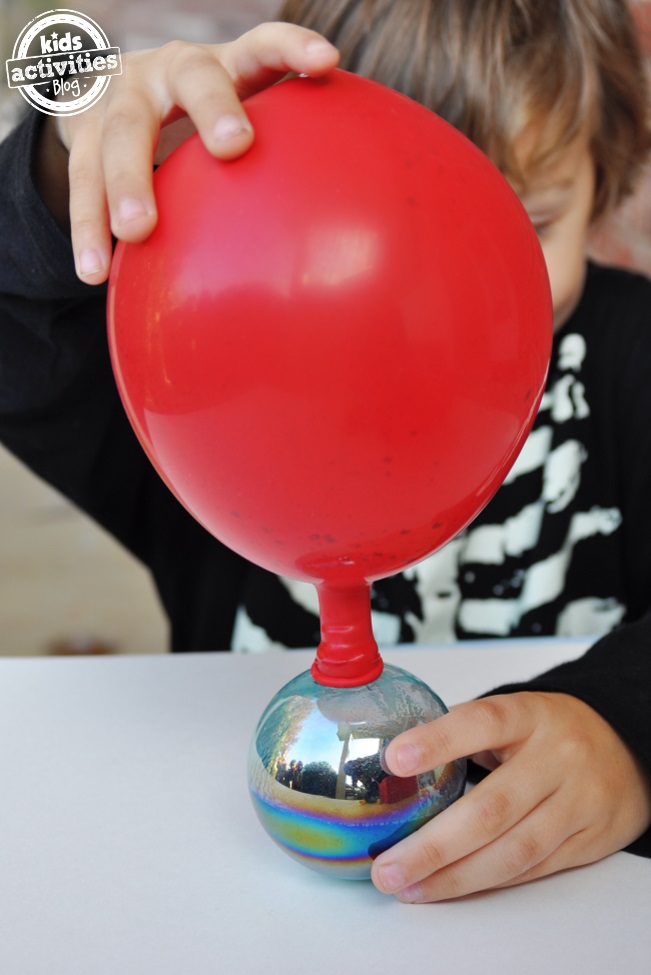 sorta…in a bottle!  I love elephant tooth paste – this is not true “toothpaste” – we modified the ingredients slightly so there would be less mess. 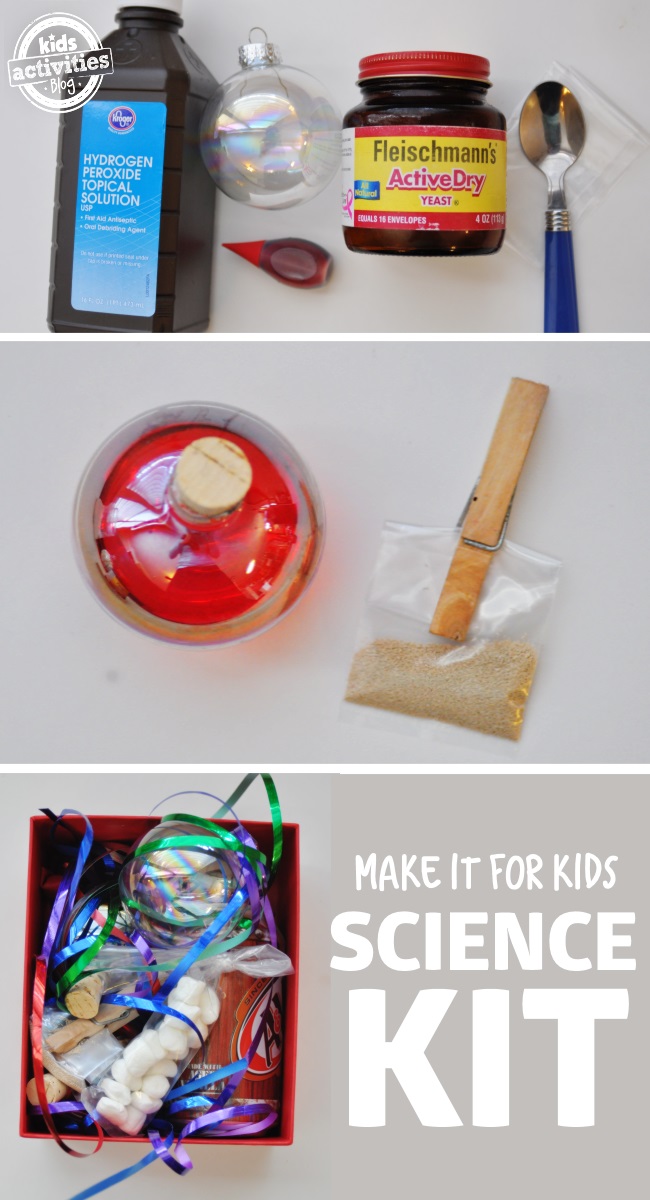 Remove the ornament “topper”.  Fill the glass ornament with the hydrogen peroxide – you will want it to be slightly more than 1/2 full.  Add food dye to the peroxide to make the results more evident.  If you are gifting this experiment,  You will want to both cork the bottle and keep it at the bottom of your box.  Light will cause the hydrogen peroxide to break down making the experiment fail.  Include a baggie with 1 rounded teaspoon of yeast.

To do this experiment kids will need to pour a tiny, tiny bit of water into the yeast packet. 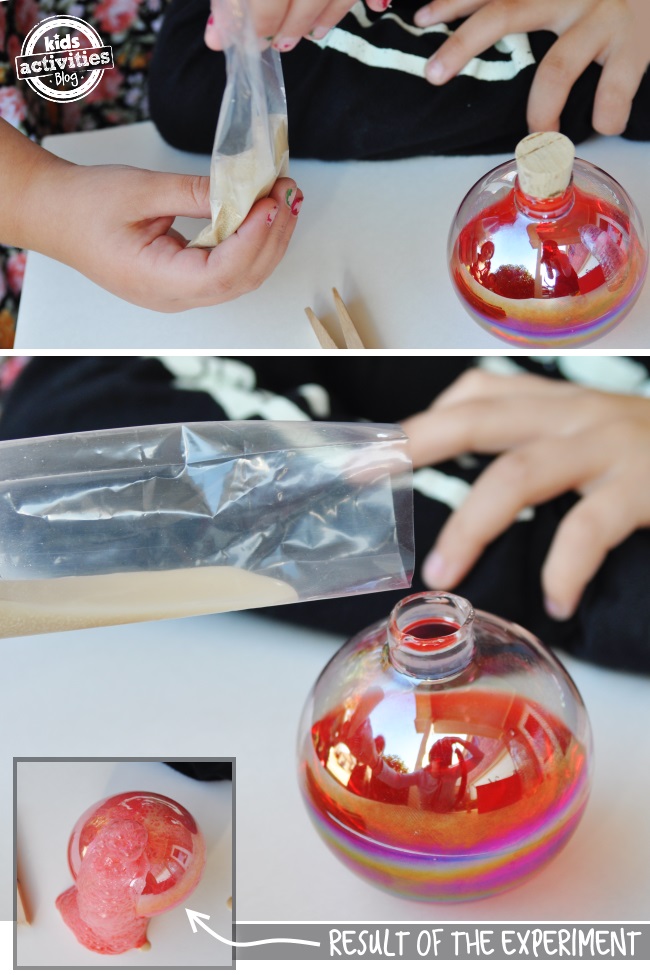 Mix the baggie by hand and then dump the contents into your glass ornament.  Swish the liquid in the ornament together and sit back and watch.  Soon bubbles of oxygen will be released as the yeast causes the hydrogen peroxide to break down at a more rapid rate – so you see the bubbles forming as it escapes the bottle.

If you want to see the effect more “pronounced”, consider adding a couple of drops of dish detergent to the ornament with the hydrogenperoxide.

The soap will help trap the air as it escapes so you will see more bubbles. 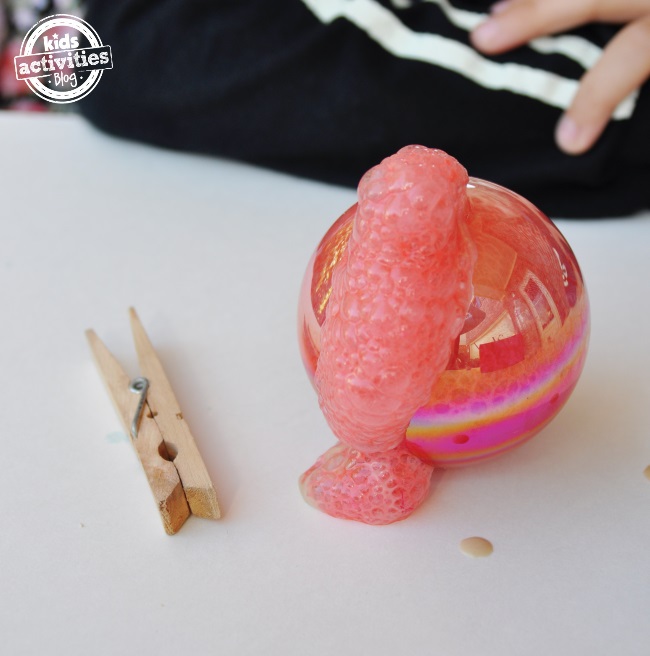 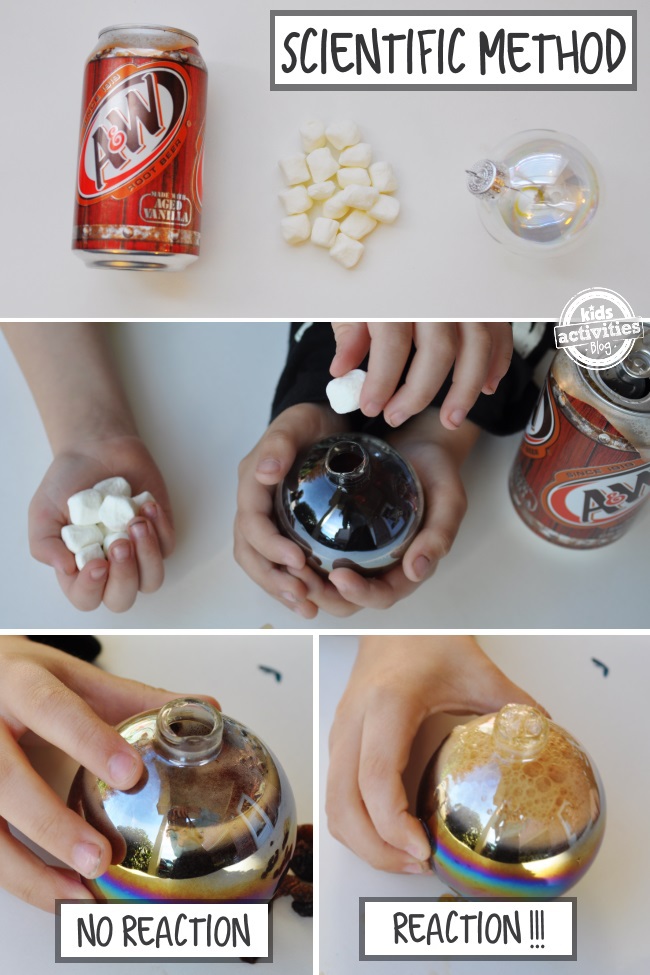 If you are gifting this as a kit, give your kids a can of soda, a baggie of marshmallows and a baggie of raisins.  You can use ANY type of soda for this experiment, but looking at the photos, I think the result would be more colorful and effective if we used Mountain Dew or another light colored fizzy beverage.

Keep reading.  We have  more science experiments for kids!