Home » Kids Activities » When Should Kids Start Talking?
0shares
Since my son’s first birthday, I’ve wondered  when  kids should start talking.
My daughter was a chatter box the minute she was born.  She cooed and made noises from the very beginning (and, at four-years-old, she still hasn’t stopped!).  But, when my son turned one this year, I really started to notice his lack of sounds and words.  Even though I  was a  preschooler teacher for years and I really knew what to look out for, I was starting to think that I was missing something.  So, we turned to our Facebook community to  find out about other people’s experiences.  We were really curious about when other kids started talking  and when we should be worried! 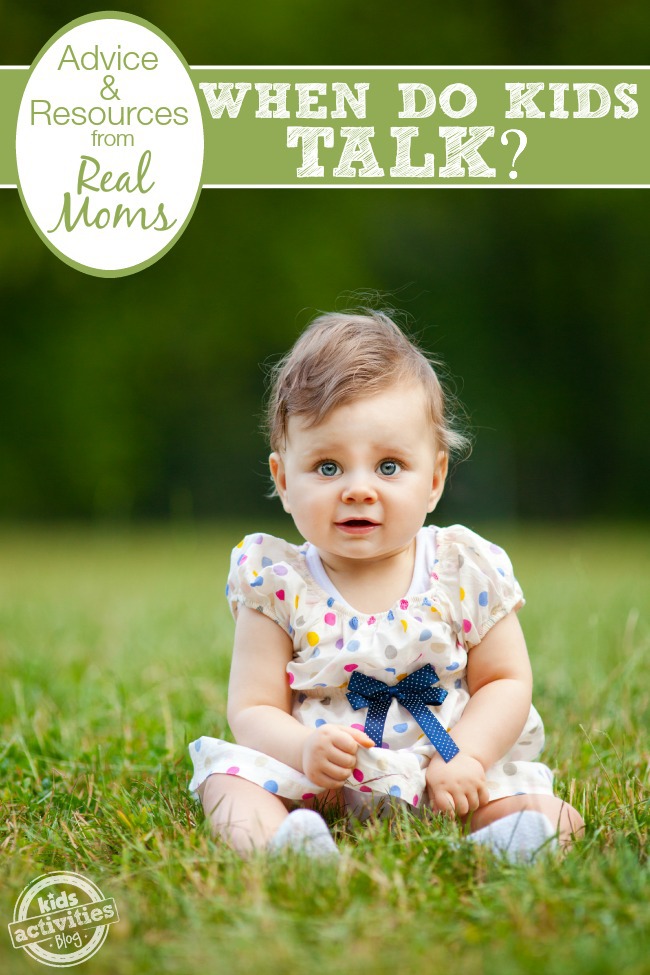 I think the most common reaction I heard from people when I told them that I was worried about my son’s language development was, “BUT, he’s only ONE!”
I remember thinking…yes, but something doesn’t seem right.  He makes eye contact, he is a big mover, and everything seems on track in other areas of his development, but it just seemed like making  sounds was really hard for him!  He has always been frustrated by  communication and he has always been a screamer because of that deep frustration, so I was starting to feel like I couldn’t support him.
I just wanted to help him use his words!!
After stepping back, I realized that I needed to try to approach language  differently with him.  I know my son is a big mover, so I was guessing  he learned best through movement, or a kinesthetic learning.  I started slowing my speech down when I talked with him and really articulated each  sound.  Then, I learned a few more baby signs (although, he’s eighteen months now, I have to say that baby signs aren’t just for the first year!).  After a month, I’m thrilled to say my son is making a lot of progress!  He’s language has exploded!

But, at what age should kids start talking?

That was a harder question to answer.  Here’s what our Facebook community had to say:
Post by quirkymomma.com. 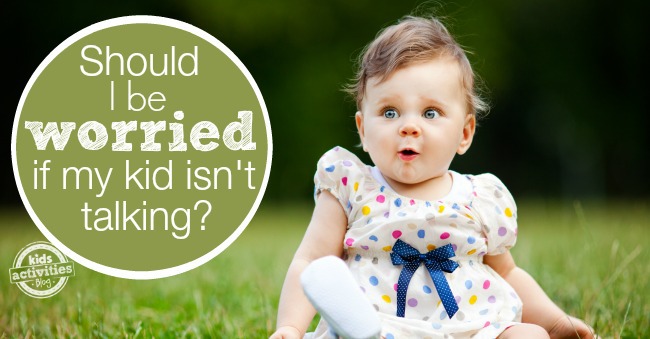 As I was researching about language development and speech delays, I can across some articles that were helpful:

Hop on over to our Facebook page and tell us your experience!

Katie is a happy-at-home Mom who writes over at Happilyevermom. She has a feisty 4-year-old and an active 1-year-old. When she's not busy saving her cats from the kids and trying to figure out what's for dinner, she can be found crafting and playing the day away with her family. You can find her on her FB page, twitter @Happilyevermom, & Google +, too.