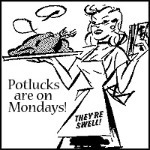 Let’s get your potluck on.

Today’s potluck is all about nothing.

Really, that is kinda the point.

That it doesn’t have one.

I am headed to World Series Game 5 tonight.   If you watch, just listen for me.   I will be the one screaming for the Rangers.   Our tickets are VERY high.   Not only in price, but in altitude.   Not sure how closely we will be observing the game, but just to be there is going to be grand.

Here is a little taste of Ranger fever.   It is the last play of the game in the ALCS where our seats were a bit better:

What ridiculous Mac question did Holly google this week?

About 2 months ago I made the switch.   You know the switch…from PC to Mac. Let’s be honest here.   I am not the most technically savvy person I know.   Not even close.   Which is one of the reasons why the Mac was attractive to me.

And it has been painful.   There are things that I really LIKE about the Mac, but many of them I can’t actually DO.   The problem is that the small amount of technical knowledge I do hold does not seem to translate to my new shiny world.

Last week I decided I could take it no longer and I went to my first education class at the Apple Store.   Mac 101.   It was good.   I learned a few things while sitting next to 2 college students and 2 retirees.   I was there to be both the median and average age.   After the class, I mentioned to my teacher {poor unsuspecting teacher} that I would not be leaving until I had a question answered.   She was super sweet as I grilled her as to why I couldn’t watch my iTune purchased, downloaded to my laptop Modern Family episodes.   She went and got reinforcements.   The reinforcements went and got reinforcements.   More and more geniuses gathered to solve my issue {it may have just been they were hoping to someday close the store}.   Finally, THE genius came out of the back.   The one that only comes out in extreme Apple emergencies.   He spent 30 minutes on my laptop and declared that I would need to return to have the operating system reloaded.

The good news is that I felt justified in my Apple angst.   The bad news is that I think I need to go back and have my operating system reloaded and that sounds painful.

While there I signed up for the year long training.   I pity the store as for the next 12 months it will be my office. 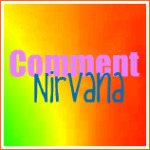 
“Pants legs seem to be a suitable substitution for water, soap AND towel among my boys. *gag*   And no, you will not be seeing the bathroom that is between the boys ™ bedrooms if you come to me house. The lack of aiming ability alone makes that room a bio-hazard.” – Buffi

What is in Holly’s Fruit Bowl?

May your Monday be sunny, your questions answered by geniuses and my Texas Rangers win.

Previous Post: « Dancing With Unemployment
Next Post: Half-off Movie Tickets, Half-off at The Body Shop, Buy One Get One Free at Jersey Mikes! »