Yesterday as my second grader got into the car after school, I noticed that he was wearing a band bracelet that a friend had given him during the day.

I have a feeling that the 2014 Valentine season will be long remembered for the exchange of band bracelets.  Every kid is making them and they are super fun to give to a friend.  There are lots of fun ideas for band bracelet Valentines! 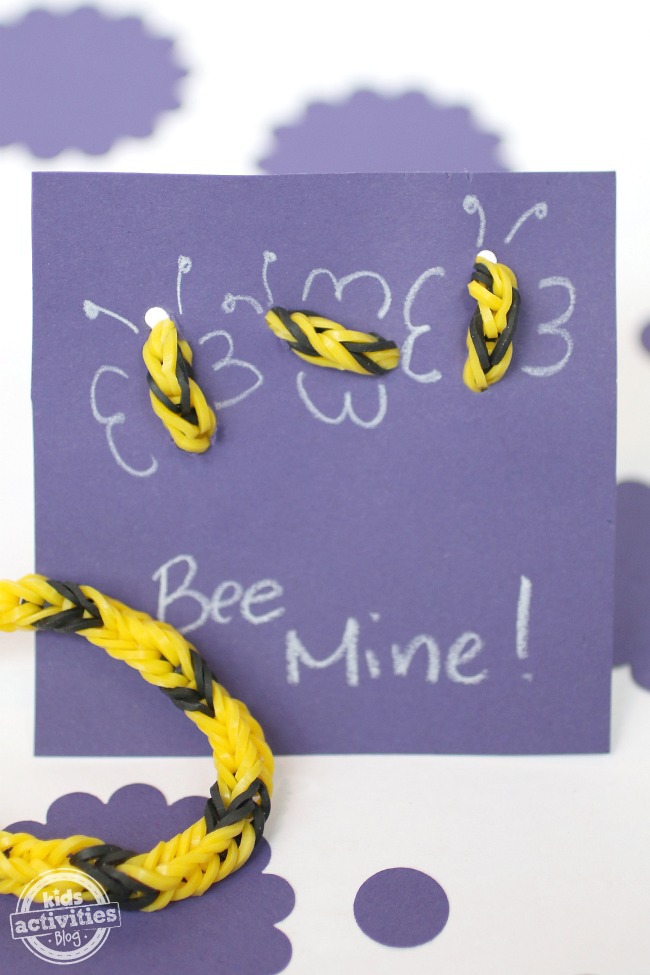 At our house we make our school Valentines.  Not because we are crafty, but because I forget to pick up a box of the pre-made ones at the store and the night before we pull out the scrapbooking supplies in a panic!

So, everything we make has to be easy and made with things we already have at home!

I thought it would be fun to do a bumblebee-inspired band bracelet.  My 8 year old played with what bracelet was the most bee-like.  After some testing, we liked the fishbone pattern with a 5 yellow to 2 black repeat.

Once the band bracelet was made, we cut a small construction paper square in a dark color.  We used a hole punch to create two holes for each bee body and then threaded the band through to create 3 bees.

With a white colored pencil, we made some antennae and wing squiggles and added the “Bee Mine!”

This is what the back of the Valentine looks like… 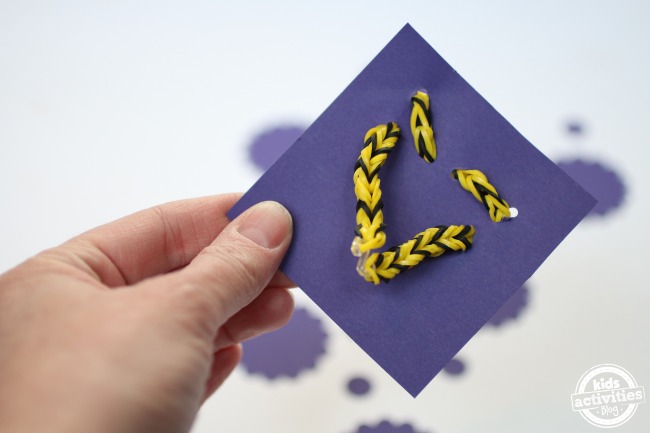 If I had planned it a little better, I could have created a heart!  {Not that my second grader would have been thrilled with that…}

The other thing I really like is that my kids can do all the steps by themselves with the exception of situating the hole punch and getting the band threaded without unraveling!

If your kids are not into band bracelets, then you might check out another Bee Mine homemade Valentine that we featured this year!