When Rhett arrived, I half-heartedly pushed the binky. It was out of habit and without hope. To my surprise it took. He was officially a boy with a binky. So I declared it…

Ryan had a teddy.
Reid had a blanket.
Rhett had a binky.

All was right with the world. I could keep up with three things. One special item for each boy. No problem.

And then Rhett decided that one binky just wasn’t enough. If more was better than four was best. 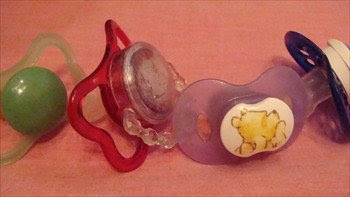 So, four B’s it was. They were small. I could slip them into my purse or in a corner of the diaper bag.

Then he decided he needed animals to take a nap.

Not just one animal, but MANY animals. 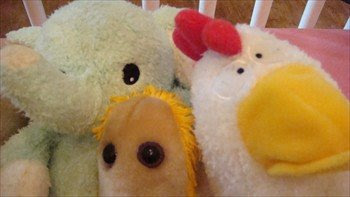 Alright, animals. Animals we have. Animals he loves.

And then he decided he needed blankets.

Not just one blanket, but MANY blankets. 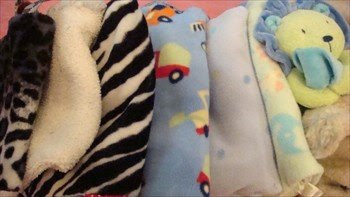 Alright, blankets we have. Blankets he loves.

The crib was crowded. 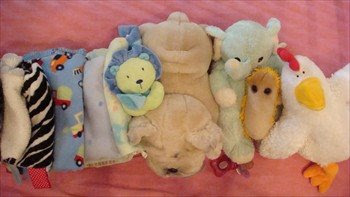 One of these things is not like the other.

One of these things just doesn’t belong… 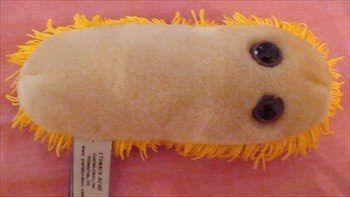 It is on the A-list of loveys.

Who can fall asleep without a hot dog? 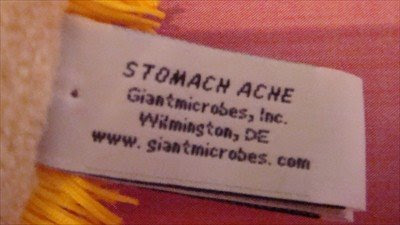