When I was a kid I always looked forward to Saturdays. On Saturdays I got to sleep late. More importantly, Saturday was allowance day .

Dad would go to his dresser and ceremoniously bestow my weekly allowance. My insides would tingle as he placed the money in my hands. It was definitely the highlight of my week.

Immediately upon receiving the cash, dad's voice would turn more gravelly and ominous than usual as he told me, Be sure to pay yourself first .

Sweet! I ™m happy to pay myself in candy or movie tickets or some other treat. Unfortunately that’s not what Dad meant.

I had to take half my allowance and put it in my piggy bank. I had to save it. 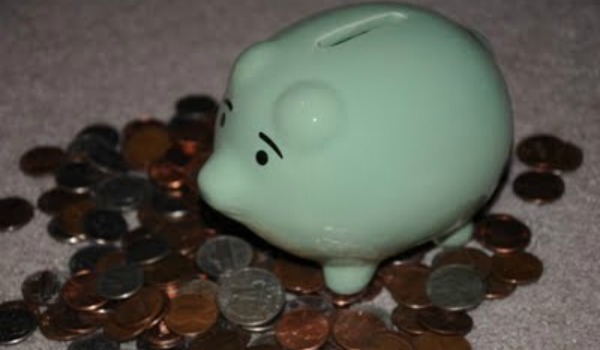 Dreams of a movie or candy shopping trip would come to a screeching halt.

To give you a better understanding of my disappointment, let's talk about how much allowance I got each week that would make me cringe at putting some in the bank. Are you ready? Fifty-cents. Two quarters each week. One for me and one for Miss Piggy Bank.

At this rate I was never going to become the next Trump or Buffett or even come close to making Forbes ™ richest list.

I ™d ask why “ why, dad, do I have to save this money? He ™d always say it was for college. OK, that sounded reasonable. I was sure college was going to ROCK because I ™d have all the money from my bank to play with.

Similar thing happened at Christmas. Each year I received money from several great aunts and great uncles, most of whom I had never met. They were quite generous, these relatives/strangers. As soon as I ™d open the card with the money, dad would take the money to put into my savings account. Again with the answer, it's for college .

I began to hate Miss Piggy Bank, plotting her demise every time I was denied a purchase because I didn't have enough money.

Fast-forward to college. Dad, can I use the money in Miss Piggy?  Nope. That money's for when you start your career.
Huh? What the? I ™m going to make tons of money, Dad. Surely Miss Piggy can spare a starving student a dime?

At graduation I almost didn't ask, but of course I had to. Dad, is it time to use the money? I need to buy a car.  No, he said. That money's for your wedding.

Didn't matter that I was not even close to the altar. That money stayed put. And kept coming in. Those generous relatives/strangers sent money each year from the time I was an infant until they passed away when I was an adult with a career. And the twisted part is that each time I spoke to dad he ™d ask about my job, and if I was paying myself first . Uh, yeah, dad, I ™m saving some money. Didn't have the heart to tell him I didn't save half of my salary.

As my career progressed and my salary increased, Dad made sure I knew the benefits of a 401K, in addition to paying myself first . As a single gal, I never felt quite comfortable with my financial security and decided that saving was a good way to protect myself just in case I lost my job.

The savings really ramped up when I met hubby. He had been brought up in a similar manner, being forced to budget and save. Together we set financial goals and figured out how to meet them. Even though we were quite comfortable with our double-income lifestyle, we constantly saved, doing without things like cable and the latest gadget. We also began our ten-year car plan  that I talked about last week.

Just to be clear, we have never felt deprived. We just choose very carefully how to spend our money.

Then the lay-offs hit, first hubby and then me. We panicked momentarily the day of hubby's lay-off as we ™d never been without two incomes. That very night we began a new financial strategy called operation self-imposed poverty . Hubby quickly found a few part-time jobs and had landed full-time contract work when it was my turn to be laid-off.

I ™ve thought a lot about Dad during this lay-off period. Dad and his pay yourself first  mentality. Never did I think that the philosophy he shared with me would make a big difference, yet I realize now the lesson he was teaching. To save something from each paycheck, each financial windfall. It's OK to spend some, but you have to save. Always.

I used to wonder why Dad gave me two quarters, making me put one in Miss Piggy Bank. He could easily have done that himself and just given me one quarter. Ah, but that was the lesson. I had to physically and mentally learn to take my money and put it into savings.

Thank goodness I paid attention to Dad's foolishness. By paying ourselves first  we ™ve been relatively comfortable during our lay-offs. And guess what? Because saving was ingrained in my psyche, we have continued to save even in unemployment.

All because of two quarters a week and a Dad who insisted that I learn the lesson.