Chinese culture is a fascinating thing to explore with your kids.   Chinese activities like this simple one can feel like a trip to the other side of the world.   Kids Activities Blog loves when learning activities feel like an adventure and think that this simple China activity book will be a ton of fun.   This is another kids activity inspired by the upcoming WorldFest.

If you are in Texas, you do not want to miss WorldFest in Addison October 20 & 21 {more information at the end of this post} where you can travel the world in a weekend.   They will be hosting world crafts and kids activities along with games, shopping and ethnic foods. 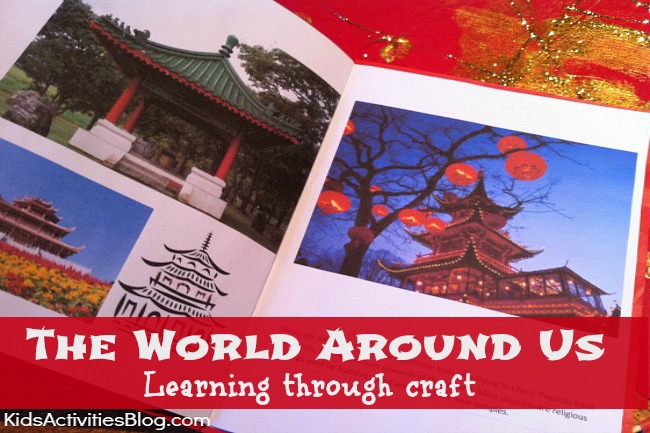 We are always looking for fun ways to learn about other cultures. We borrow books from the library, we cook dishes from other countries and visit cultural festivities that may be happening in our community. One of our favorite ways to learn about other cultures is through craft. Earlier this year, to celebrate and learn about Chinese New Year, we made some bright pictures of Chinese New Year fireworks and then turned those pictures into a book about China.

We began by making a picture of some fireworks, which are traditionally lit at Chinese New Year. 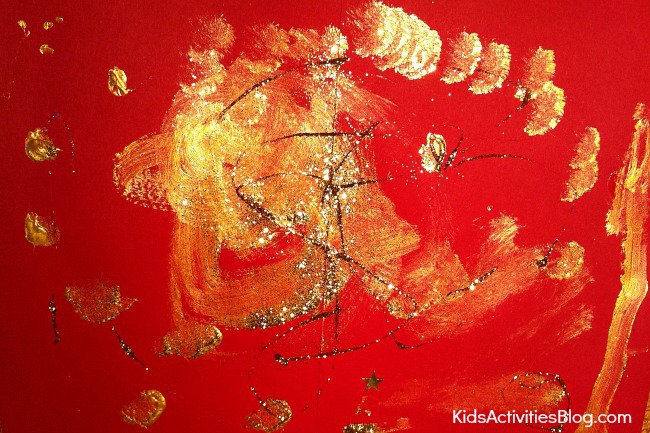 To create a Chinese fireworks picture, you will need:
Card stock (we used red card stock as this is an auspicious color in Chinese culture.)
Paint (we used gold to match the colors of the Chinese flag)
Glue
Glitter and stickers

We simply painted random patterns using the gold paint. My son was three when we did this project so we kept it pretty relaxed. After painting his”fireworks”, my son then added gold glitter and star stickers for some extra sparkle. 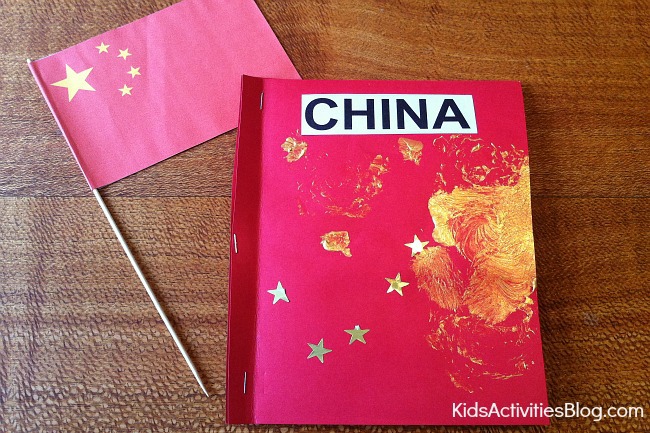 The picture looked wonderful on its own, but we decided to turn it into a book about Chinese culture.

We began by cutting our fireworks picture in half to form the cover of the book. We then printed out the word “China” and my son glued it to the cover.

We created some pages for our book by taking several pieces of plain paper and folding them in half. We stapled these inside the “cover” and the book was ready to be filled with pictures and information. 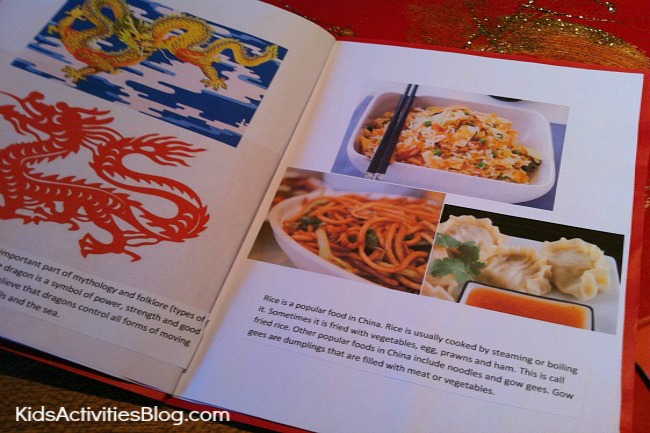 We searched the internet for pictures that represented Chinese culture. We chose pictures of The Great Wall of China, Pagodas, traditional food, panda bears and dragons.

We printed out the pictures, cut them and glued them to the blank pages. I then wrote some information about each of the pictured items, printed out what I had written and my son then glued the text around the pictures on each page.

This was a very hands on learning experience and my son was so proud of the results. The book has become a favorite and he asks me to read it to him often. Creating his very own book, selecting which pictures we would include and which subjects we would write about meant that he was truly engaged with this activity. This has in turn encouraged his interest in and appreciation for, learning about other cultures and traditions. We may even make a “series” of these books.

WorldFest is presented by the Town of Addison and the World Affairs Council of Dallas/Fort Worth.   It will be in Addison Circle Park:   4970 Addison Circle Drive, Addison, TX 75001.   On Saturday, October 20 and Sunday, October 21 it will be open from noon to 6 pm.   There is a $5 ticket cost at the gate for all visitors over 4 years of age.   Discount tickets are available at DFW Albertsons Market locations.

Thanks so much to WorldFest for sponsoring this post.   We are so excited to have such a fun event in our home town.

Ness is the creator of One Perfect Day a site full of creative ideas for kids to play and learn, family recipes, children's book reviews and information about positive parenting and connecting with our children. Ness loves creating fun kids ™ activities and has decided that permanently having paint under her fingernails and play dough in her hair is a fashion statement. You can find One Perfect Day on Facebook and Twitter or follow along on Pinterest

Previous Post: « Bella’s Storytime at BRIT in Fort Worth
Next Post: Meet a Local Hero: Visit a Firestation »