We absolutely love escape rooms. It is like a video game in real life. So, when we were invited to try…

The Escape Game in Dallas, there was no hesitation to say YES. Affiliate links used in this article.

What is an Escape Room?

An escape room is a room or series of rooms that is filled with puzzles, clues and mysteries that have to be solved within an hour. The name implies that you are locked in, but nothing but your pride is actually locked in that room!

In most escape room situations, you have a guide or a way to get a clue when you might need it. 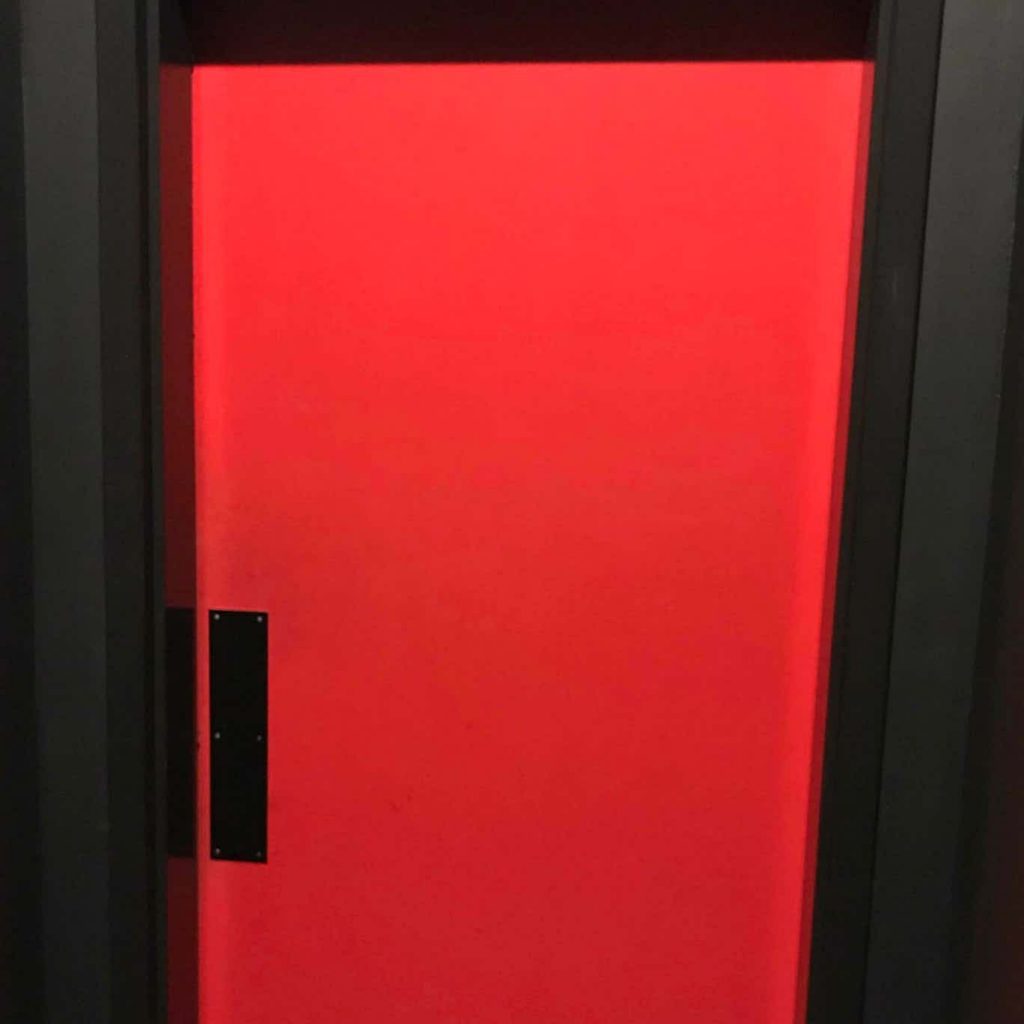 In the case of The Escape Game, you get 3 “free” clues and each additional clue counts against your 1 hour time countdown.

I learned from their website that The Escape Game has locations in 8 US cities. We went to the Dallas location which was actually in Grapevine at Grapevine Mills Mall which is centrally located in the DFW metroplex.

Before our appointment, we took advantage of the ability to fill out paperwork and sign consent forms from home.

Because of our previous escape room experience and insane competitive nature, I chose my team carefully. Knowing that we would need a variety of skills and knowledge, and up to 8 people, I strategically invited another family to join us.

Our challenge was the room called GOLD RUSH. 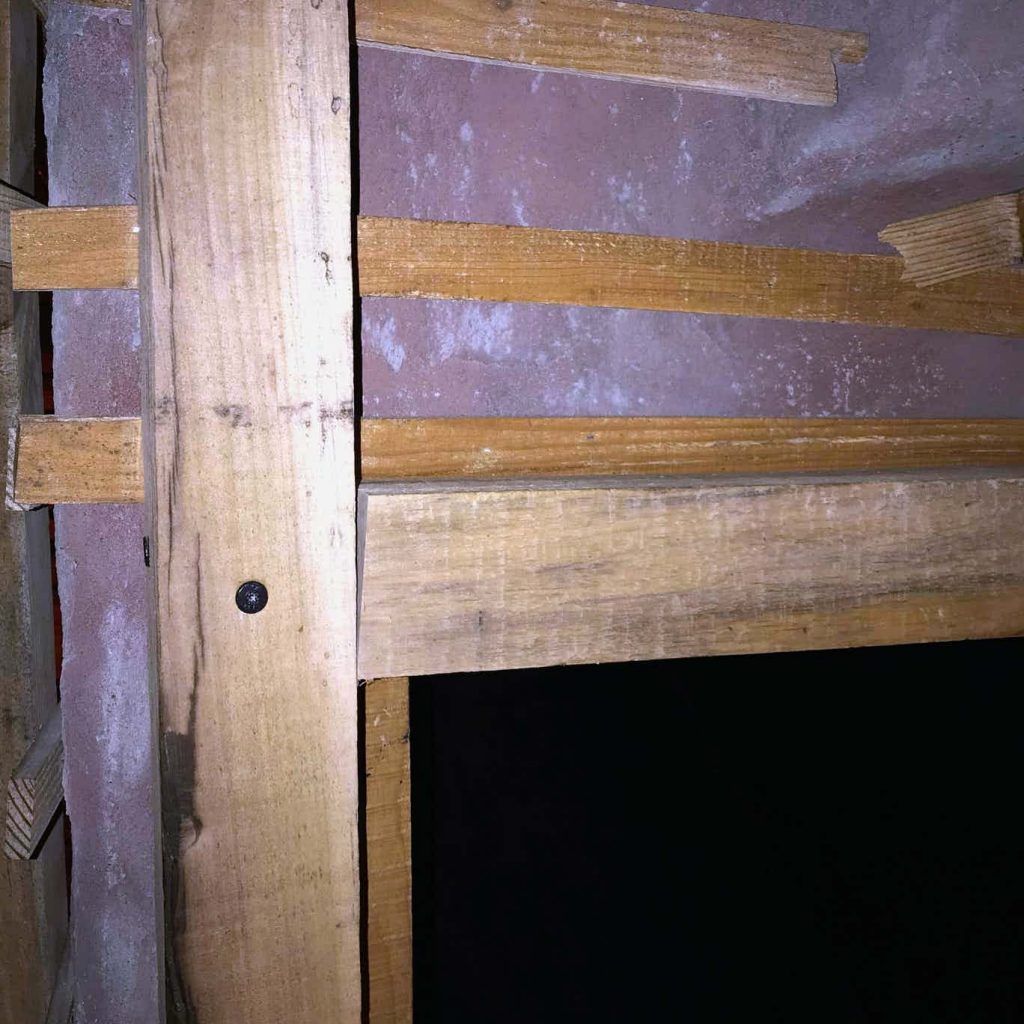 We had an hour to get out.

It all started in the dark “exterior” of a prospector’s cabin where we had to open locks based on clues we found by the light of flashlights. We were able to solve those pretty quickly and I was patting myself on the back for putting together this dream team.

We made it into the cabin where a whole new set of clues and puzzles awaited.

I am not going to describe any more because I want you to go there and not have the experience spoiled. I will say that at one point, my 16 year old shoved all the adults aside who were pondering over a particularly complicated puzzle saying, “let me just do this quickly”. He scanned the grid, grabbed the lock and unlocked the exit while everyone just looked at him wondering HOW he had just done that.

Not only did we escape, we had over 3 minutes to spare! 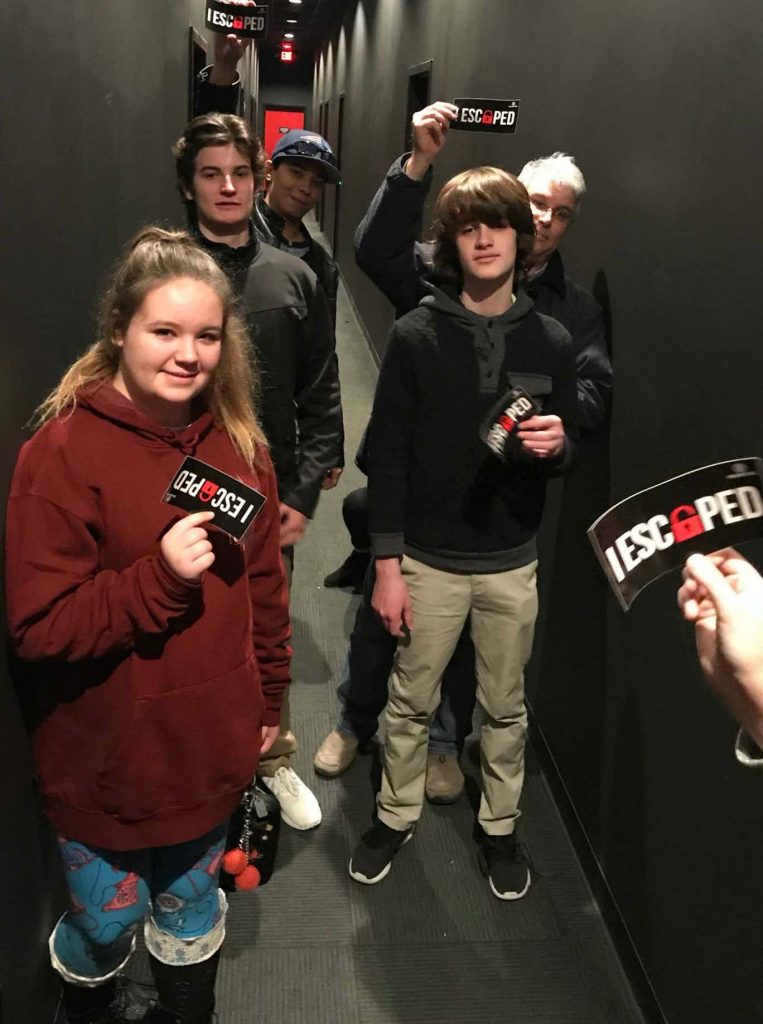 Please excuse the lack of enthusiasm on teenage faces…they really did have a good time!

What Makes The Escape Game Special

We have been to 4 different escape room businesses and done multiple rooms at each. The Escape Game definitely has the most professional props and clue sequences. Many of previous rooms had the feeling that someone had thought this up and duct-taped it together himself. In that situation, you often can see or guess what is next.

At The Escape Game , each new door opened unexpected games. We also found the level of difficulty to be higher than other rooms, but completely logical. The Gold Rush room is rated a 7/10 difficulty. We are a little curious (and scared :)) to try one of the other 3 games – 2 of which are rated more difficult.

An escape room is really great family fun if your kids are older. It is like being in the middle of your own game of CLUE. Our youngest has been participating since he was 8, but he has always been very interested in games and puzzles. I have seen families with smaller kids at escape room locations and hope that they are easily amused on their own or they could be a distraction from the very intense game. There aren’t going to be very many clues that are appropriate for kids under the age of 8 unless they are really good at assisting or teaming up with an older child or adult.

It is really fun and I hope you will try one soon!

A big thanks to The Escape Game Dallas for giving us the tickets for this adventure. All opinions expressed are my own.

Previous Post: « How to Get Kids to Eat More Veggies Without Nagging
Next Post: Learning to Be More Patient »