Cleaning the shower is one of those things that just seems like it should be automatic…with all that soap & water it should magically happen!

Gunk gets built up and clean turns into yucky. 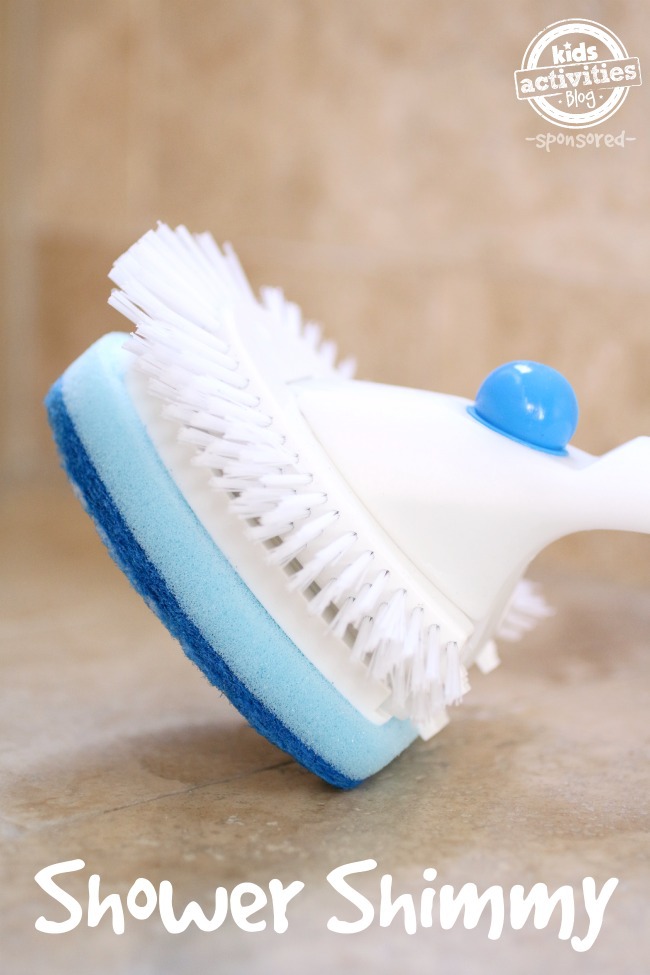 Shower Shimmy (Kids Activities Blog sponsor) to the rescue!  Shower Shimmy has everything you need to clean the shower (or tub) in one place that can easily be stored and used in the shower.

Shower Shimmy comes with a Super Cleaning Solution which is non-toxic and non-irritating.  It is made to use in the shower WHILE taking a shower with ingredients that are marketed for use in personal care and food products. 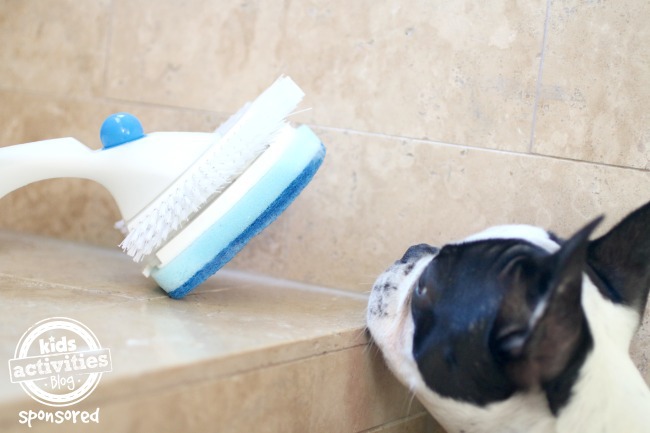 That means it is not only safe for us, but for kids and pets.

That also means that the chore chart just got easier.  Cleaning the shower is so easy even a teenage boy can accomplish it… 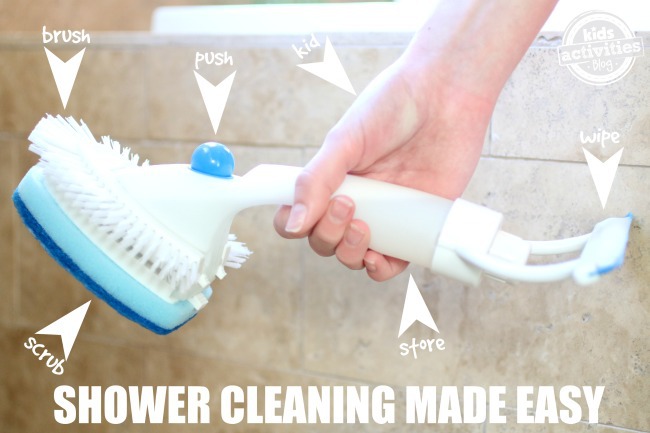 Everything you need is all there.  It hangs in the shower on an included hook.  The brush bristles can get into those pesky corners all the way to the grout.  The scrubbing sponge flies over tile.

The handle reservoir holds extra Super Cleaning Solution which can be released with the push of the blue button.  The squeegee helps keep water drop marks at bay. 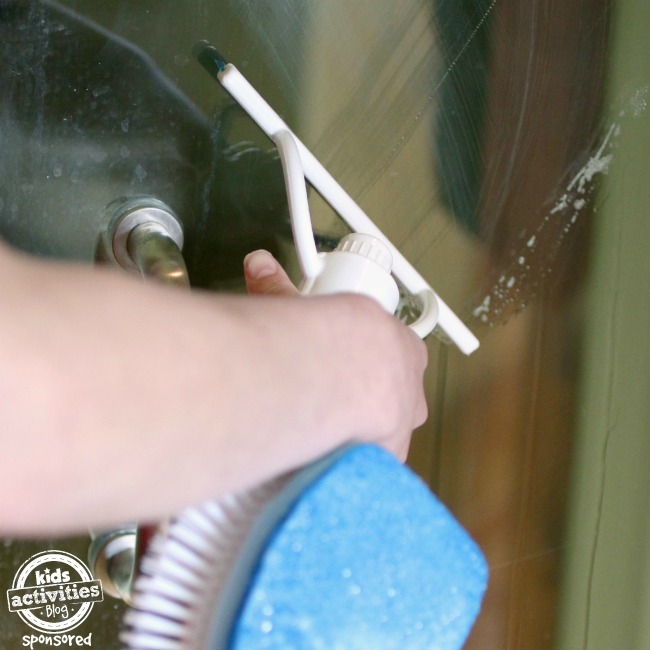 Both the scrubbing sponge and brush can be replaced when worn out.

The Shower Shimmy was invented by a Denver mom…

Two years ago when cleaning my shower, I would have to gather the sponges, rags, grout scrubber, squeegee and cleaning solution to get the job done.  After finishing the smelly, messy task, my clothes would be wet and my eyes and lungs would be burning.  I was fed up!  I created the Shower Shimmy as the ultimate shower-cleaning tool and also a non-toxic cleaning solution that would be safe around my four kids.  – Karla Call

I love when moms take action to solve a problem!

The Shower Shimmy is being launched today on Kickstarter at a significantly reduced price – yay!

They are offering the Shower Shimmy and Super Cleaning Solution along with FREE shipping at the crazy-low introductory price of $15.  The Kickstarter campaign is raising money that will go toward packaging and the custom Shower Shimmy hooks.  Credit cards will only be run if they reach their funding goal of $5000.

You might want to pick one up for every shower in the house!

Big thanks to Shower Shimmy for being a supporter of Kids Activities Blog.  All opinions expressed are my own.

Previous Post: « After 5 years of trying, this wife gets to tell her husband the good news
Next Post: Homemade Massage Oil For Bedtime »