Glop.   It is a cross between slime and playdough.   This stuff has an interesting texture.   It feels so cool – literally, cold to the touch.   Lovely sensory activity for a warm summer afternoon!

AND… it only has 3 common ingredients!

*Note:   According to the FB “storm”, this is a controversial post.   We don’t make this recipe regularly, for our favorite sensory play recipe, check out our traditional play dough or our edible GF dough.   This recipe is for kids who do not put things in their mouth.   It does contain very small amounts of both silica and SAP (Sodium polyacrylate).   At the amounts we used, with the brands we used, we did not experience skin irritation.   Avoid inhaling the “diaper guts”, test your skin prior to play and wash your hands afterwards.   According to the Carnegie Mellon University, and their similar activity, the ingredients used in this experiment are non-toxic.* 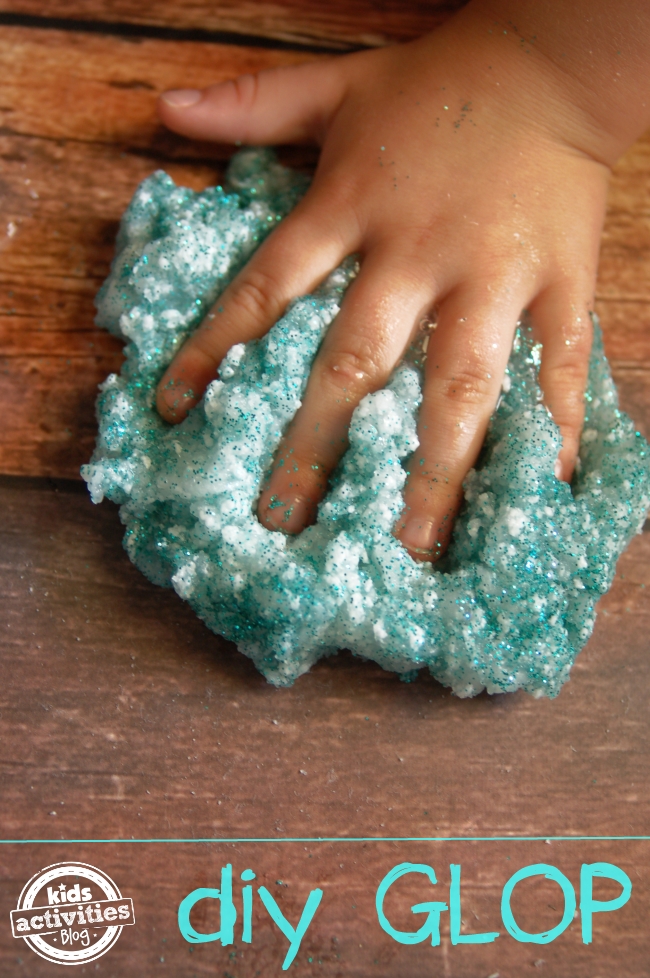 Our glop was discovered by a group of highschoolers.   I teach a high school science labs class and we did some chemistry experiments with polymers.   Polymers are when molecules combine together to form globs, or chains.   Some polymers have a higher degree of colloid than other polymers.   This means that the globs interconnect to each other more.

What happens when you combine a low colloid (or squishy goo) with a high colloid polymer (i.e. more solid glob)… the results are our glop!

It lasts without being covered for days (not that we advise it – not that I forgot about it on the counter for half a week *ahem* – it could get dirty, but it will still be play-worthy).   This glop also cleans up without leaving a residue. 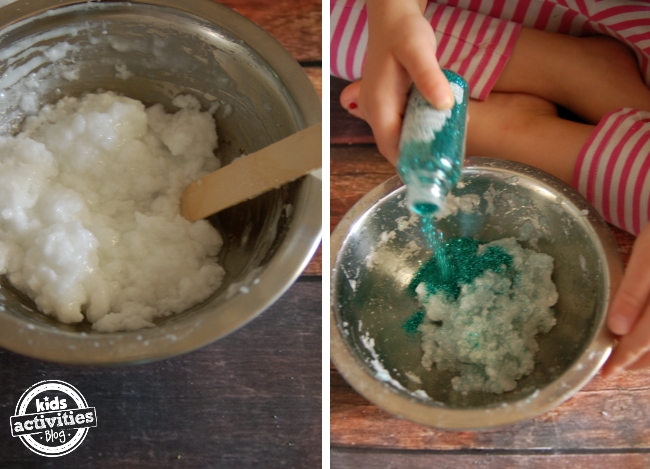 How to make Glop

Break open the clean, un-used, diaper and use a size of the inside “guts” that is roughly the size of a deck of cards.   Add enough water to the diaper guts that it doubles in size.   While your kids watch the diaper-guts expand you can explain to them how silica grains that are inside the diaper are absorbing the water – creating a semi-solid.   Your kids will love how gushy it feels!

Add 1 teaspoon of epsom salts and the school glue to the diaper guts.   Mix well.   The diaper guts should continue to expand as it absorbs the glue mixture.   We added glitter for effect, everything is more fun with glitter!

*NOTE: This is not an edible recipe.   Silica can cause dehydration if consumed in large amounts.   Watch toddlers with this activity.* 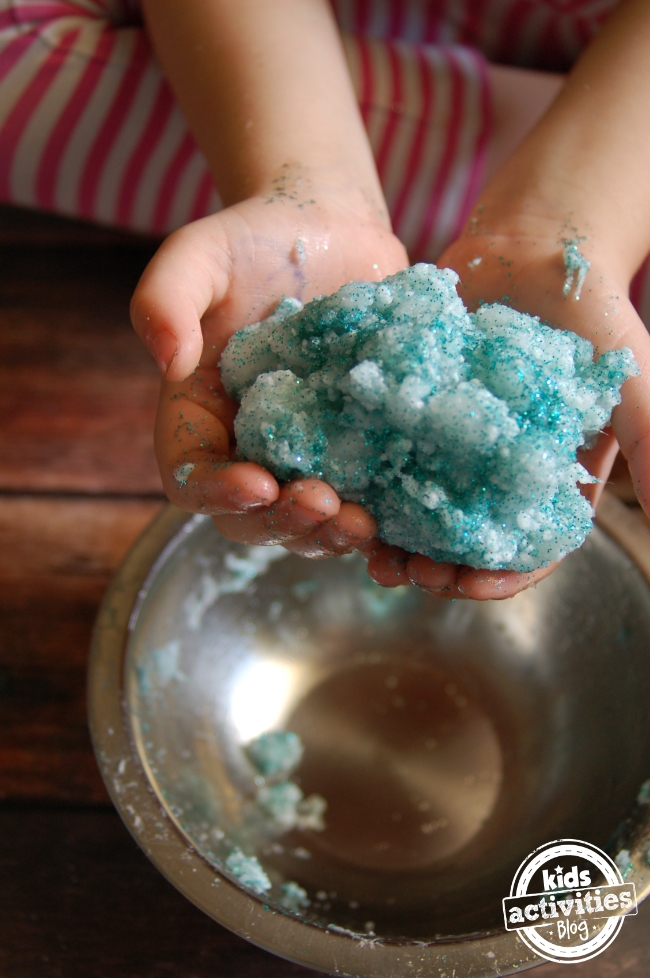 Want to explore science some more??

Try mixing just the glue and the epsom salts (no water).   It will make a polymer, but a lumpy hard one.   You can create bouncy balls with this mix but it’s not really a good “playing” goo.   Likewise with the diaper guts, silica polymer – it’s messy.   BUT,   together they bind as a colloid that both sticks together, feels cool and squishy and can retain a shape.   Explore with different amounts of the various ingredients.

…or if you are my kiddos, and you get tired of the “science” you can just play tea party…

For more science with diaper guts, check out our absorption experiments. 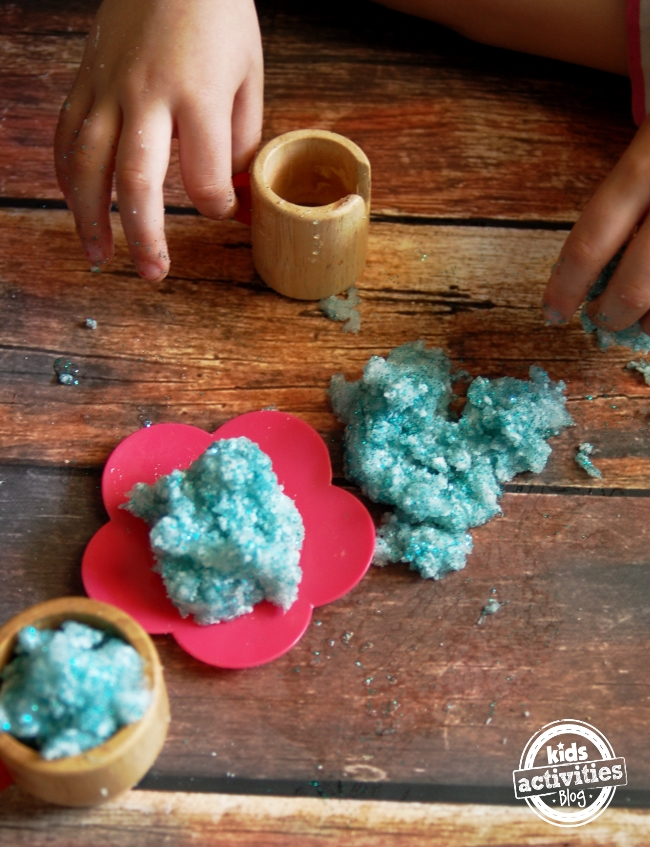