My goal this year was to get all three boys on skis. The older boys have skied a week or two each of the last two years.

Ryan(7) is now going down green and green/blue slopes carefully.

Reid(5) is a green slope skier with supervision and a little direction.

Rhett(3) has never been on skis, but has been trash-talking the entire family for weeks…

I am going to race with Grandpa.
I am going to win even though I fall down one time.
I am fast.
I want to go up the tallest mountain.

The great winter clothes and gear hand-me-down ceremony of 2009 occurred. Reid is now wearing Ryan’s old gear, Rhett is now in Reid’s and Ryan gets new – sometimes it is nice to be #1.

I took Rhett out to the hill. 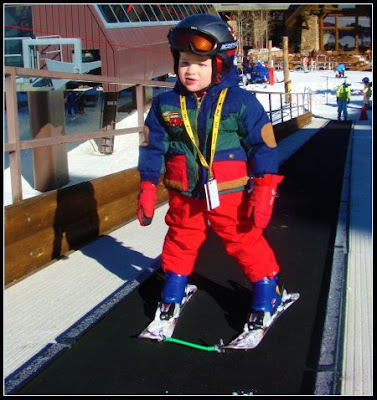 I don’t need you!

I squeezed in a little instruction and then went to stand in the middle of the hill to wait for his descent. 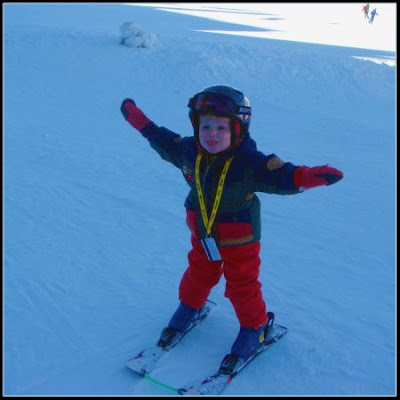 Turns out he has mad ski skillz. He skis with amazing control for a three year old UNTIL he gets within 10 feet of me so that he can use me as an emergency brake.

He laughs when he falls.
He runs into me for giggles.

He begged to go to the top of the mountain, but I assured him that I would never take him until he can prove to me that he can stop when I ask.

He giggled…
And plowed into me.

The good news is that this activity wears him out. 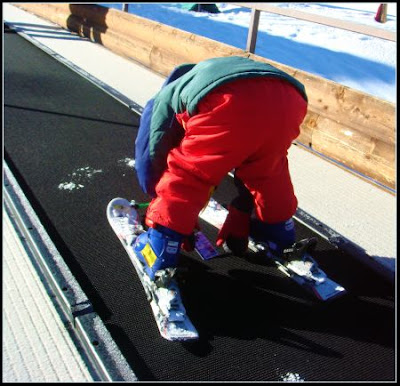 Coincidentally, chasing him all over the hill trying to keep him from DEATH does the same to me… 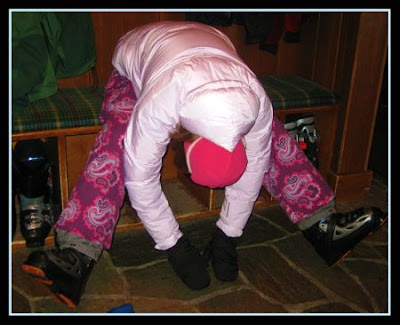