How does a stay at home mom of three little boys end up at WSOP Academy? 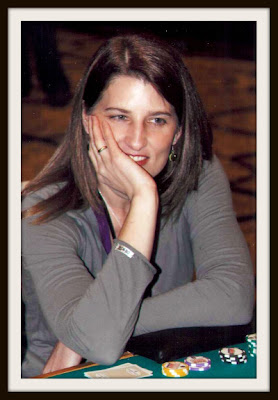 My amazing weekend adventure started over a month ago when during our 17th anniversary dinner my husband handed me an envelope. I opened it and read that I would be attending the World Series of Poker (WSOP) Tournament Academy and then tried to contain my excitement in the super fancy restaurant. It was nearly as hard as sitting quietly at a poker table when holding pocket aces.

The poker school was last weekend at WinStar Casino. It was a two day seminar of lectures, labs and a tournament. The academy professors were three professional poker players: Greg Raymer, Michael Gracz and Bernard Lee. The 35 or so academy students were from all over North America and I was one of 9 women. 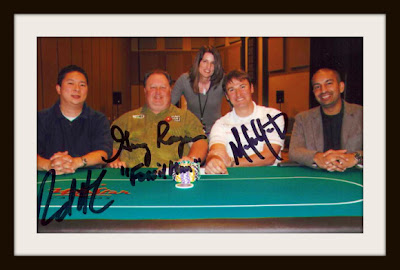 My favorite part was the poker lab.

The poker lab was a frightening and educational experience. A poker professional would sit down at a table full of students, deal a hand and then watch the play. At the end everyone would flip over their cards and one by one defend their play.

Let me just say that this was not only an eye-opening experience about how I play, but was a bit shocking to see the thought processes of other players.

So, how did I fare? Before I give you a few tips that I picked up, I want to mention that I was very proud of myself for not bursting into tears at any point during the weekend.

There is no crying in poker.

So here is how it went. 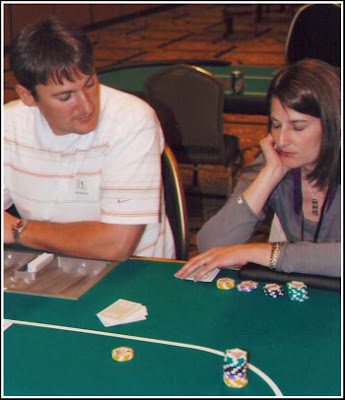 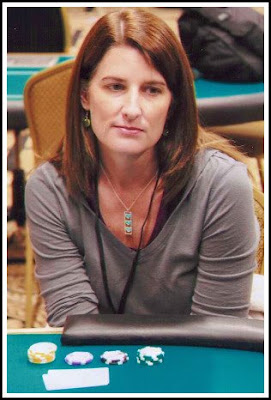 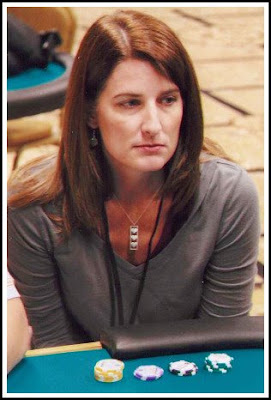 I figure if I can remember my position, my cards, the pot odds, the implied odds, the reverse implied odds, the number of outs, the rule of 2, the rule of 4, how my opponents play, any tells they show, the amount I should raise, the amount I should re-raise, when to check, when to check-raise, when to fold, what cards are good in which position, how each of these elements might change at different levels of the tournament and recall this all within a 5 second pause after I look at my cards with a straight face and without moving my hands then I should be good. 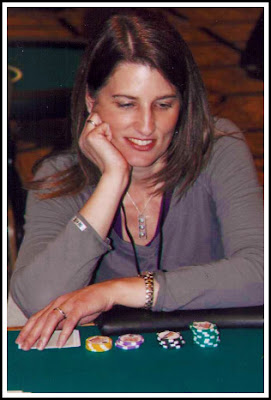