When Great Grandma was making her plans to visit us last week, Grammie thought she’d like to see the Sixth Floor Museum in Dallas. 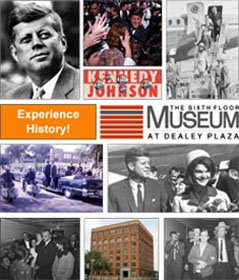 Honestly, I have never considered a trip because Reese is in Kindergarten and I was afraid he wouldn’t understand the relevancy of such a museum. But it was either the Sixth Floor Museum or the King Tut exhibit, and I was glad Grammie & Great Grandma chose the Sixth Floor museum because it was cheaper! 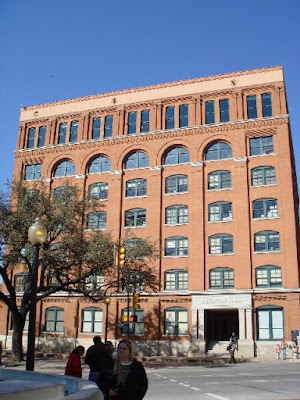 They do not allow photography or videotaping in the museum, so this mural at the entrance was our only photo opportunity! 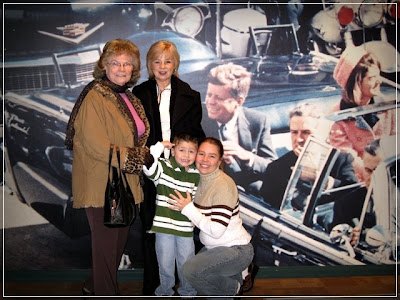 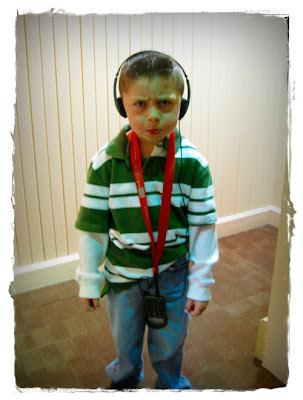 This was taken inside the women’s restroom, because technically, I wasn’t supposed to be taking pictures. But we hadn’t entered the museum yet, & I wanted to get a shot of how thrilled Reese was with my photo request…
A quick note about the audio tour… There is a youth version that Reese listened to, & I would recommend getting yourself the youth version if anyone in your party is using one! The audio tour walks/talks you through the entire museum and explains each exhibit. However, the adult tour & the youth tour are not timed the same, so if you’re listening to the adult version you will not be in the same place as your child in the tour & it will become very confusing!
About half way through, I went back to the entrance & swapped my adult tour for the youth tour headset so Reese & I could be in the same place. I still feel like I learned plenty from the youth version & it was much more helpful when explaining things to Reese.
Before we visited the museum, I checked out a handful of books from the library about JFK. Our favorite was A Picture Book of John F. Kennedy by David Adler. It’s geared towards elementary age kids, & it’s a good, basic summary of JFK’s life.
I didn’t think about it before hand, but a President who got shot, and the man who shot him got shot, is a very interesting concept to a little boy who loves gun play! By starting with the children’s book, Reese had an idea of who JFK was & why a museum was built in his honor. The youth audio tour filled in all the gaps & there are so many interesting displays, movie clips, & exhibits that by the time we left, Reese had a great feel for why the entire world mourned JFK’s death.
I would highly recommend visiting the museum, especially if you have company in town! Four generations of our family were completely engrossed in the museum the whole time…we were there for almost two hours and we had no idea we were there that long! 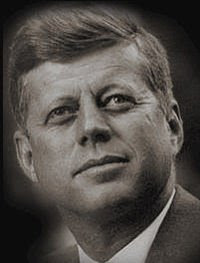 What other fun homeschool adventures is Heather up to? Come find out at Reese’s View Of The World.