Awhile ago, I wrote about one of my biggest parenting challenges…the advanced math and organizational skills required to keep up with three boys’ allowances. 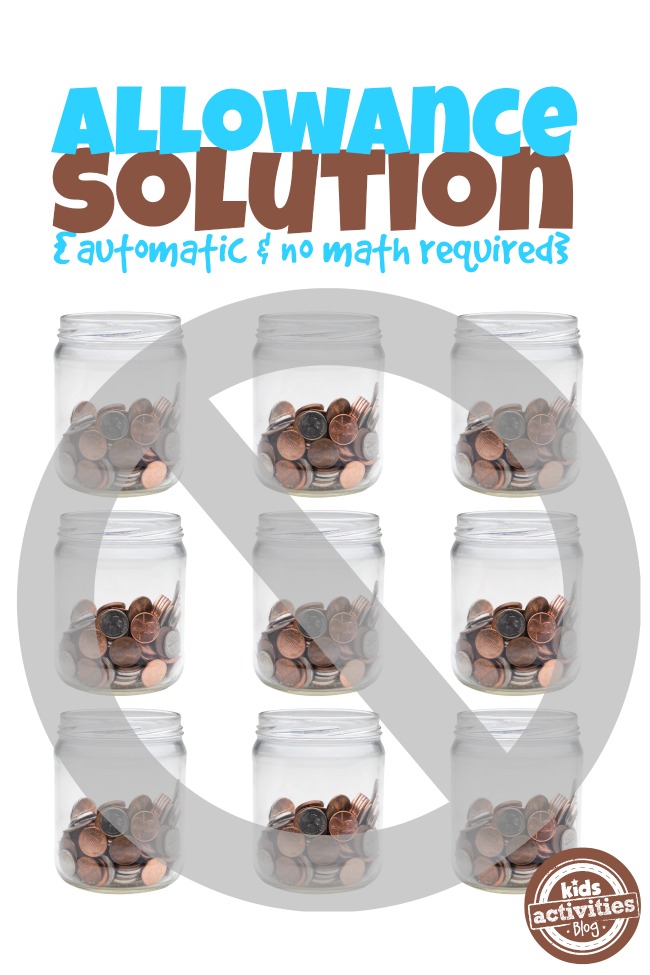 Each of the boys get a weekly allowance that they divide into three jars – one for savings, one for spending and one for charity.

That is  9 jars of money to keep up with!

It became an advanced math nightmare.

I never had the right change or small bills which ended up into a high-finance system of IOUs {when I remembered}.

That was my other problem!  I would forget one week and then maybe another one and then had no idea how far behind I was.

And then I solved it.

I found an iPhone app to keep track of all the allowance details.

I use iAllowance and it allows me to separate the boys money into saving, charity and spending money by dollar amount or %. It also pays them their allowance automatically. 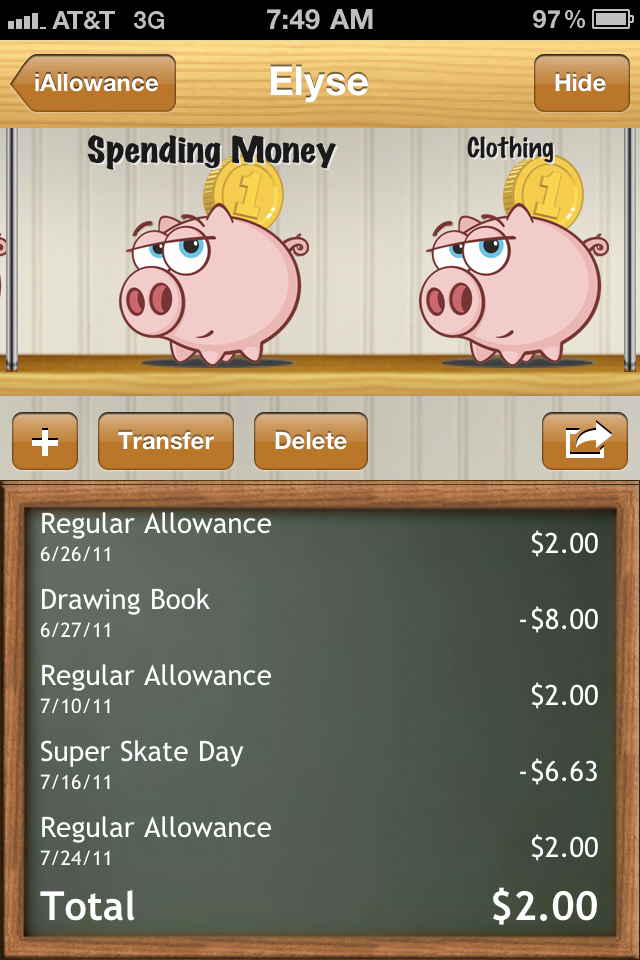 I can also set up a chore list that needs to be completed before payment is made {or other settings}. 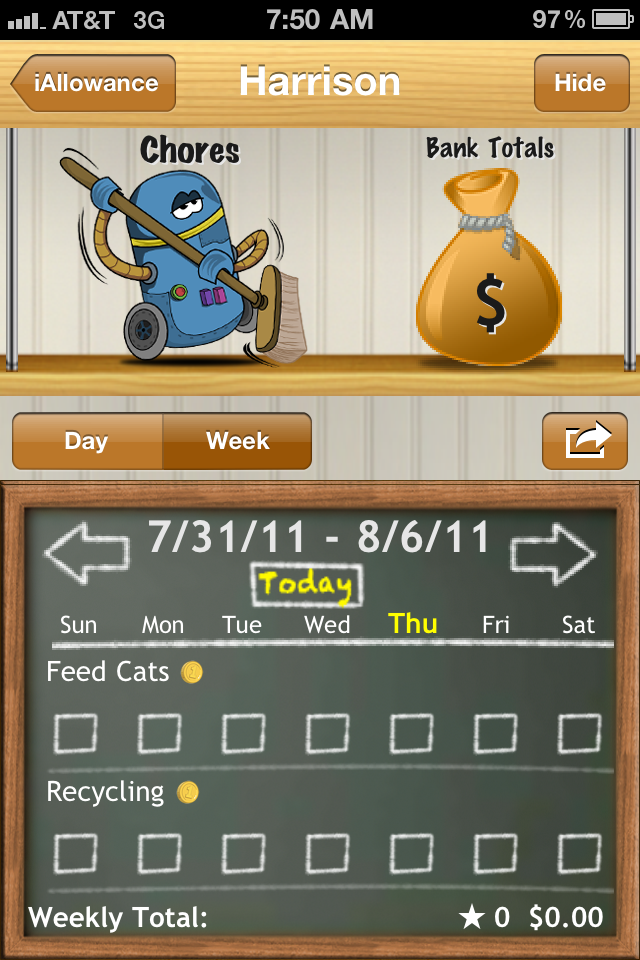 The bonus to this system is that now when we are in the Target toy aisle and they want to know how much money they have…I know!

I just look on my phone and we have the answer.

I initially wrote about iAllowance when I started using it.  I can’t believe it has been three years, but it has!

It is a system that we still use DAILY.

My boys now can go in and do the transactions themselves as instructed.  They have learned a lot about saving and how fast money will accrue if you just DON’T SPEND IT!

My phone has become the “bank”.

I just assumed that everyone was using iAllowance {it is THAT good}, but when I was on the phone the other day with one of my very best friends, she was lamenting how difficult it was to keep up with 3 kids allowances.  When I mentioned iAllowance, she said, “Why didn’t you tell me about this years ago?”

So there you have it.

Don’t blame me in several years if you aren’t using it!

Stop by our FB page and tell us how YOU manage your kids allowances or what tips and tricks you can suggest!