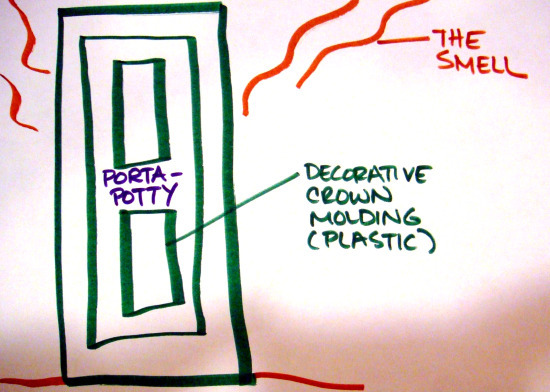 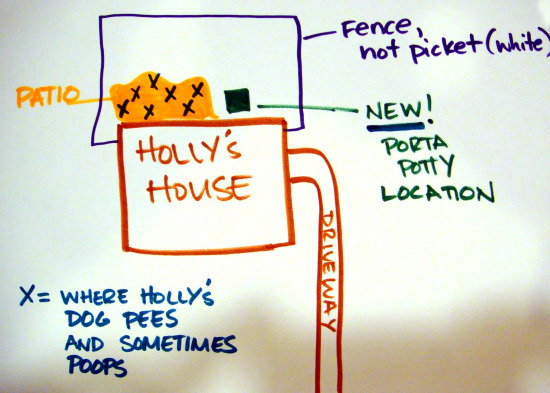 Why would Holly who lives in a lovely suburban neighborhood in a house that could (but doesn’t) have a white picket fence with complete indoor plumbing choose to install a porta-potty, johnnie-on-the-spot, porta-john?

Holly’s low-flow toilets seem to have something against the act of flushing. 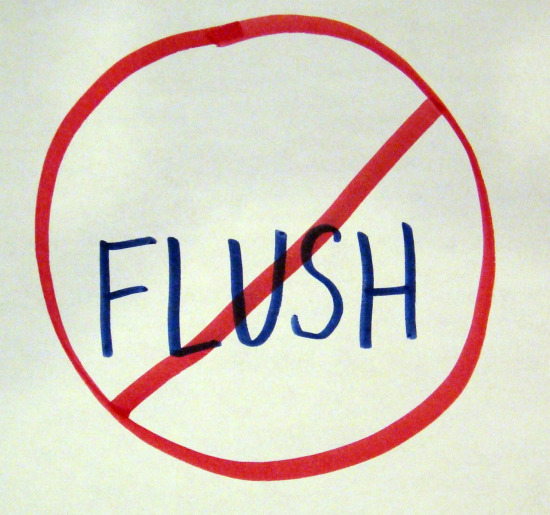 Holly also wonders what is the point of low-flow toilets if she has to attempt flushing them three kazillion times with intermittent plunging. Ironically Coincidentally, that is the exact same decibel (three kazillion) Holly’s voice hits when she hears, “Mommy! The toilet isn’t working!”

So, until Al Gore dedicates his life to plunging Holly’s low-flow toilets or suitable alternatives in the United States of Low-Flow Toilets (US of LF T) are legal. Holly is planning this drastic action.

Holly will no longer allow people to use the INDOOR toilets. Holly will lead them to the OUTDOOR toilet which never needs plunging despite the level of crap. 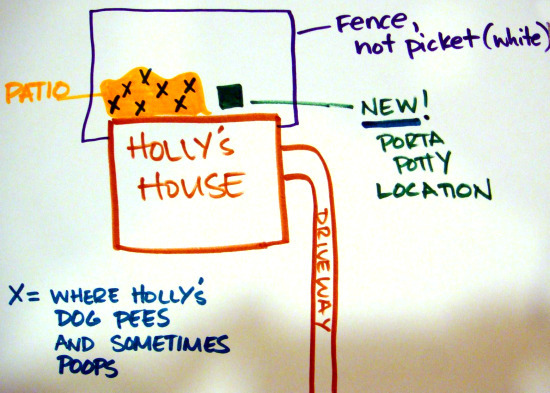 Holly can only hope that the proximity to the patio of the new porta-potty, johnny-on-the-spot, porta-john could encourage its use by a certain Holly’s dog…