There are so many different ways to build a bridge. Let’s take a few minutes and look at three types of bridge design and how well each type of paper bridge holds pennies.

We hope this science activity will get your kids thinking about the reasons why different structures are build the way they are. 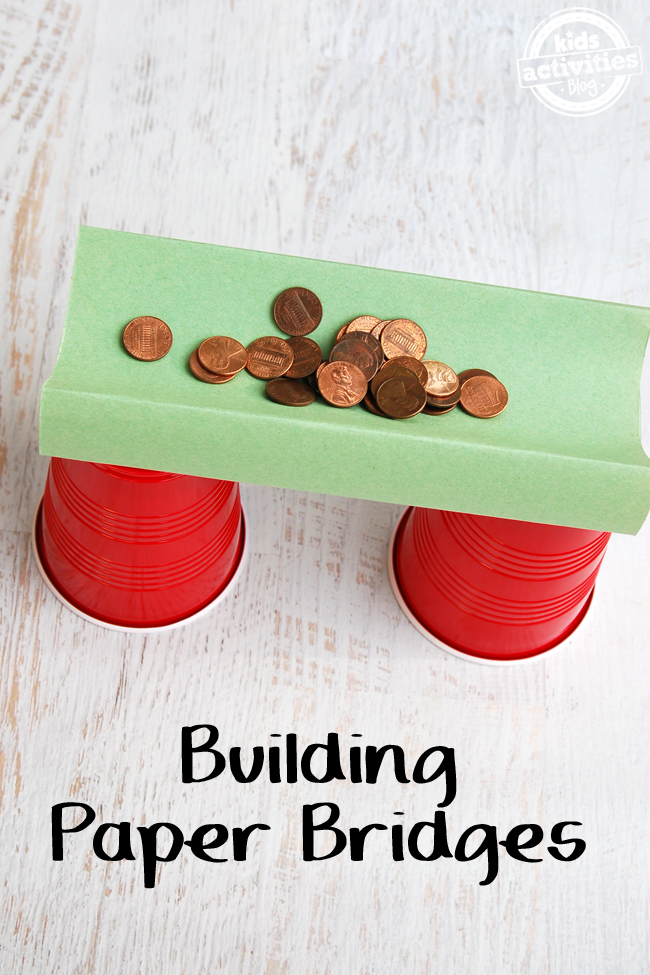 What materials do you need to build a bridge? 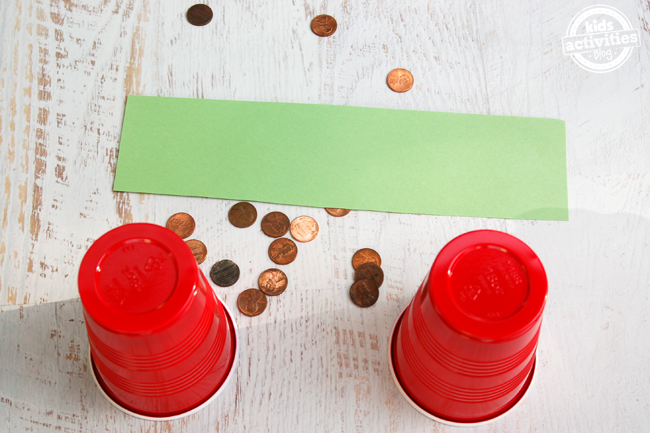 The first bridge you might create is a single strip bridge. It is made of a singe piece of paper placed on top of two cups. You will want just a couple of inches between the cups. 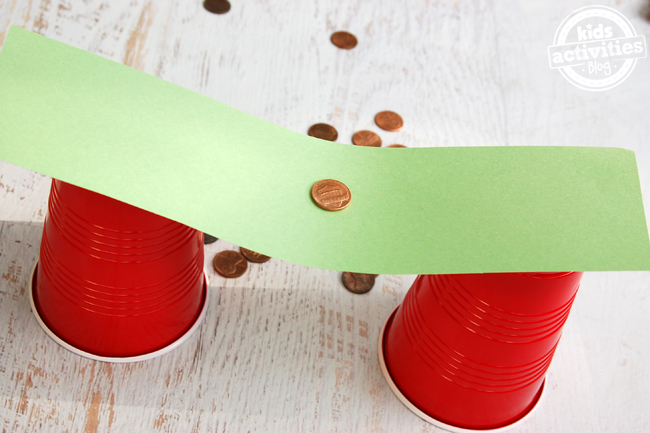 Once the strip is in place, starting adding one penny at a time. This bridge only held one penny. When a second penny was added to the bridge it totally collapsed. This type of bridge just wasn’t very stable.

Make an oval by taping to paper strips together at their ends. The ends were slightly pinched to give the oval a little more stability. 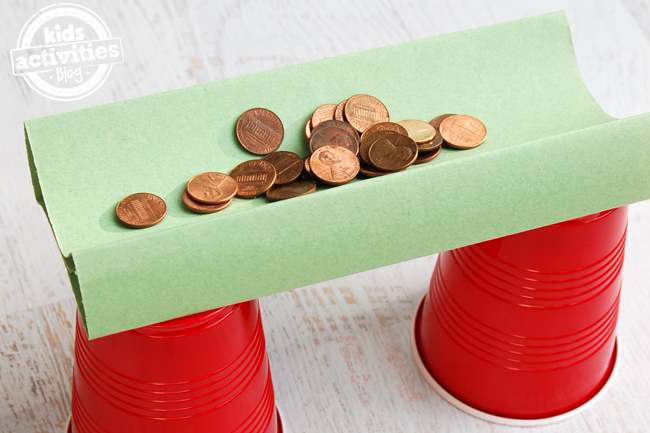 This bridge bowed in the center the same way that the single strip bridge did.  It was able to hold a few more pennies. The pennies needed to be placed down the center of the bridge. When they were spread out the bridge, the bridge fell into the space between the cups.

Create a folded bridge by folding a strip of paper  horizontally as you would fold a fan. The folds that were created were very narrow. 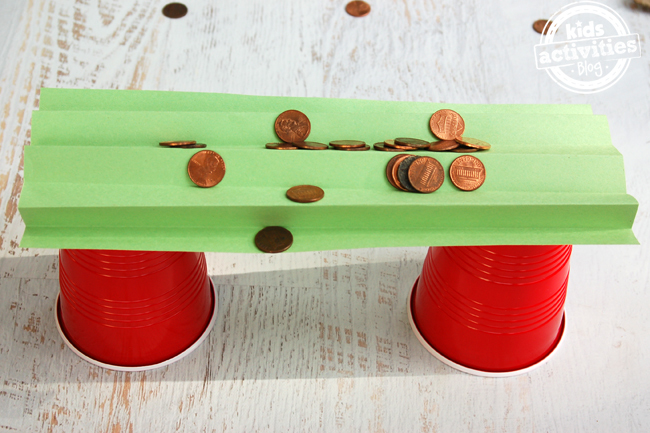 Attempts were made to lay the pennies on top of the folds, but they kept slipping into the folds on the folded bridge. This style of bridge was able to hold all the pennies gathered for this activity. It would have probably held a lot more. The bridge didn’t even have a slight bow in it.

After all the bridges had been created, we talked about why one bridge design worked and others didn’t. We have our thoughts about why some were successful and others were not.

Why do you think some worked and others didn’t? 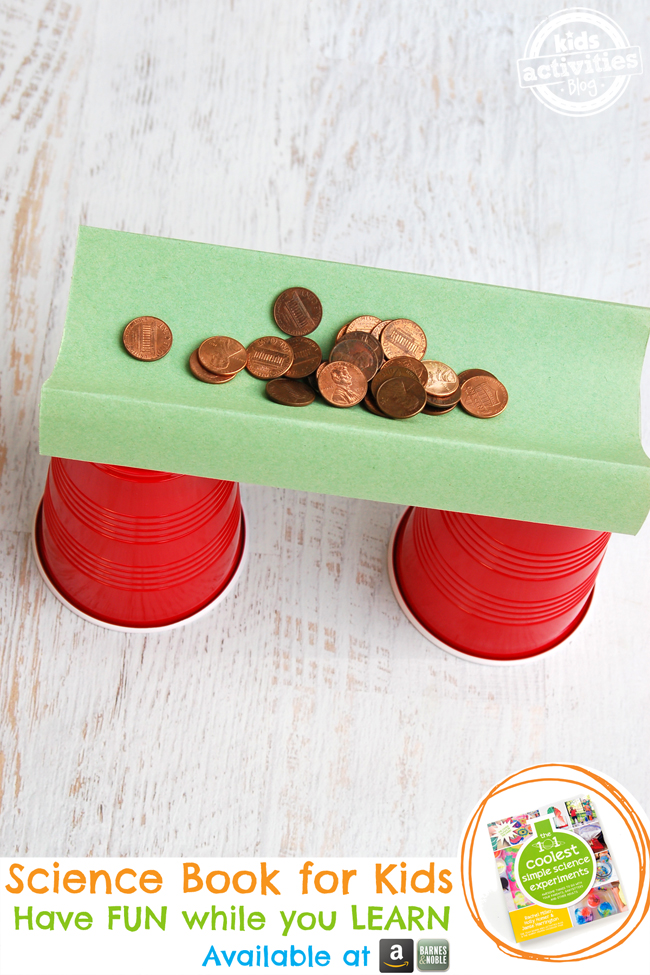 Activities like studying how to build a bridge can expand a child’s way of thinking about how things work.  By testing bridge design, your child will start thinking about why some structures work better than others and be able to apply that in the world around him.  For more kids activities, take a look at these:

Did you know? We wrote a science book!

Our book, The 101 Coolest Simple Science Experiments, features tons of awesome activities just like this one that will keep your kids engaged while they learn. How awesome is that?! 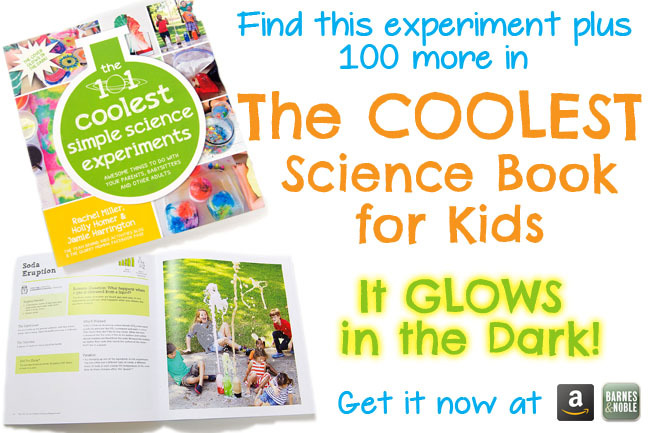 Deirdre Smith writes/owns JDaniel4's Mom. After twenty years as a elementary school and technology resource teacher in Northern Virginia, she became a stay at home mom in upstate South Carolina. Her blog features ways she and her 5 year old are exploring learning, crafting, creating healthy meals and living life to its fullest. Deirdre can also be found on twitter as @jdaniel4smom and on her blog's FB page. You can also check her out on Google+.