The surprises never stop with boy #3…

One of the things I have enjoyed about having boys is their total lack of interest in what they are wearing, when they are wearing it and who sees them wear it. Oh, I have had the occasional request demand for blue clothing or power ranger attire, but overall it has been pretty easy.

Not so much with Rhett(2). He is a fashionista. He is a boy with a clear idea of what he should wear. He even has strong opinions about what I should wear. For the last 6 months or so he has been adamant that the only pair of pajamas that he could be seen in were his orange power ranger pjs: 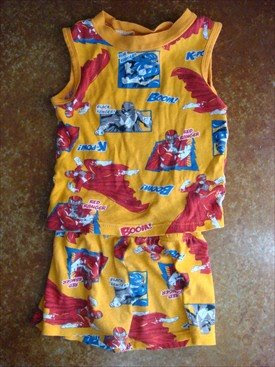 God forbid I actually wash them and not have them ready in time for bed time.

Thankfully after months of orange PJ obsession, he recently accepted an alternate pair of pjs: 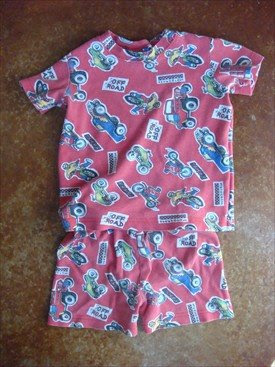 His embracement of red monster truck pajamas has made my life much easier. PJ laundry is no longer an emergency. The orange power ranger set is now in a rotation with just 50% usage.

A few nights ago he declared that he was going to wear the shirt of the monster truck set and the shorts of the orange power ranger set to bed: 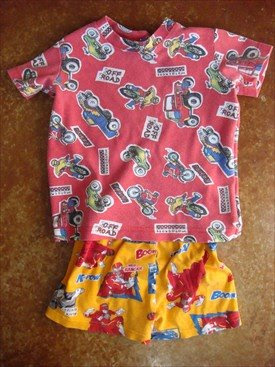 He then stated that he would wear the opposite combination the next night: 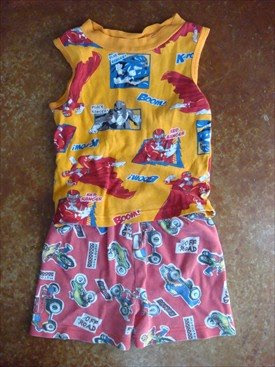 No problem. I am a mommy who knows how to not pick a battle.

The red and orange jammie combo it is!

He brushed his teeth.

He played for awhile.

He went through his bedtime routine.

He went to bed.

I kissed him goodnight, turned off the light and left the room.

I NEED TO CHANGE MY JAMMIES…THEY DON’T MATCH.