When it comes to planning your toddler’s birthday you probably think of the traditional dinosaurs, princesses or Disney character themed party. You’d probably never think of having a horror movie themed party. After all, most kids have nightmares just thinking of this sort of thing.

But, not this toddler… This 3-Year-Old Girl Asked For A Scary Nun-Themed Birthday Party and The Internet Loves It! 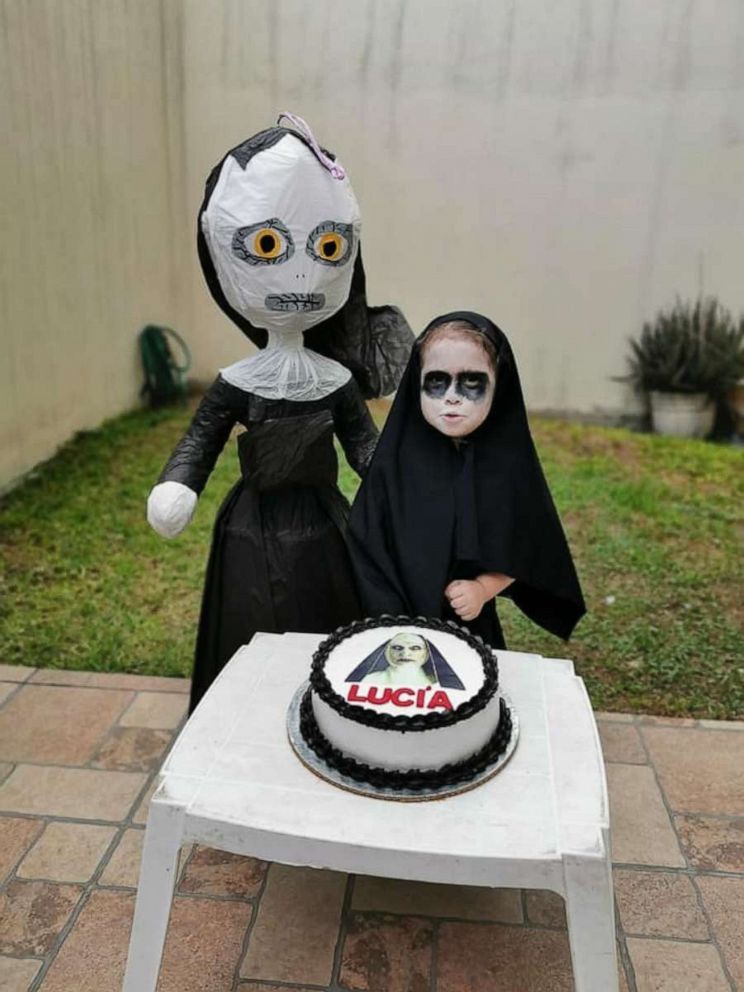 Meet three-year-old Lucia Brown she is the toddler behind this non-traditional birthday party theme.

You might be wondering how this just came to mind because after all, The Nun isn’t exactly a movie for children and most would take one look at the cover and be terrified but that is the exact opposite for Lucia.

Her mom told Good Morning America in an interview that Lucia first became interested in the film when she was at her grandmother’s house and saw the image for the movie. She then asked to watch.

“[Lucia’s grandmother and her father] told her it wasn’t a cartoon, but she insisted,” the mom said.

They figured she would be scared and not watch it long, but she watched the whole thing.

And if anyone was wondering yes her friends also participated in the theme pic.twitter.com/DDBnU2Qfmg

After she watched it, she INSISTED on having The Nun theme to celebrate her third birthday and her parents obliged.

Does she have a Godfather? https://t.co/70rUk0Lgiy

and even The Walking Dead channel retweeted the party details…

So it was my cousins 3rd birthday and instead of having a normal theme she chose this pic.twitter.com/U3FYpeGKTM

My kids would be terrified but one thing is for certain, this girl is a saint and she’s going places!

I can’t wait to see what next year’s party theme is!

Home » Parents » This 3-Year-Old Girl Asked For A Scary Nun-Themed Birthday Party, The Internet Loves It