Ever wonder what you can do with a box? We added a little imagination to create something wonderful in celebration of Wonder Park coming to theaters March 15! Today, we’re showing you how to make a cardboard box roller coaster. 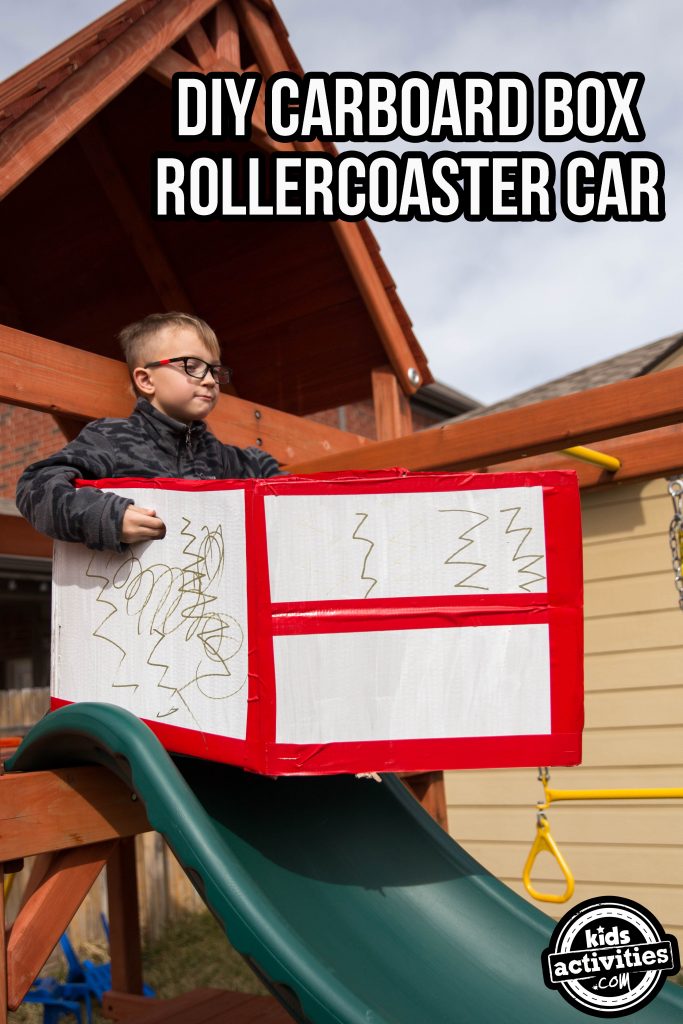 We are so excited to see Wonder Park, which tells the story of a young girl named June who imagines and builds an out-of-this-world amusement park that magically comes to life. Watch the trailer below!

After seeing the trailer as a family, we decided you can create anything you imagine so we built our own version of June’s rollercoaster car!

Save your boxes and show us your creations too by tagging your photos on social with #WonderBox and #WonderPark. For more inspiration and to enter your #WonderBox for a chance to win prizes, visit the film’s website. What are you going to create?

How To Make a Cardboard Box Rollercoaster Car

Here’s what you need to make a Cardboard Box Rollercoaster Car: 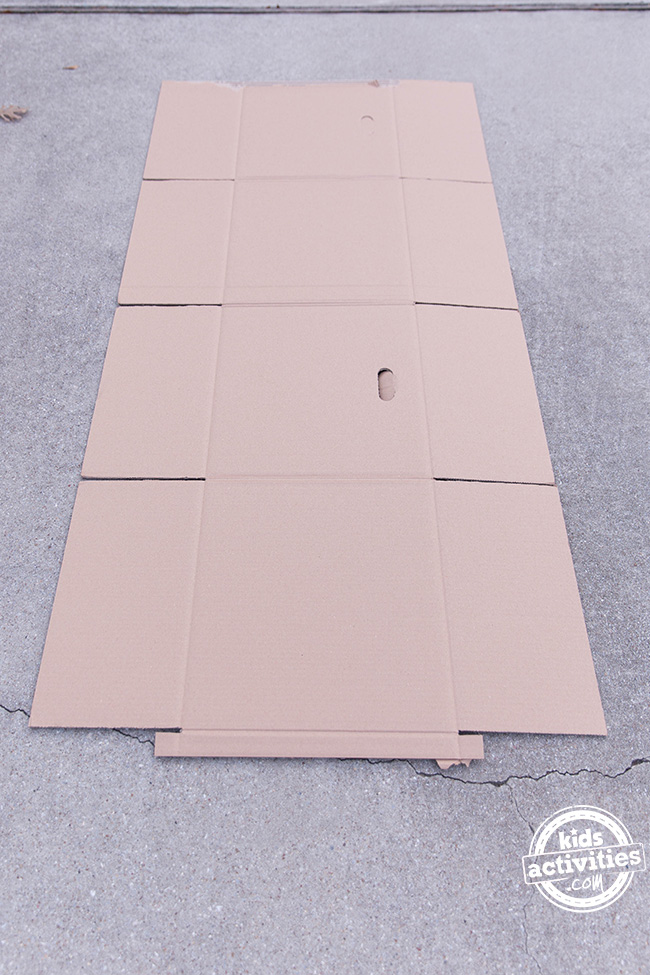 Start by cutting one side of your cardboard box so that it will lay flat. 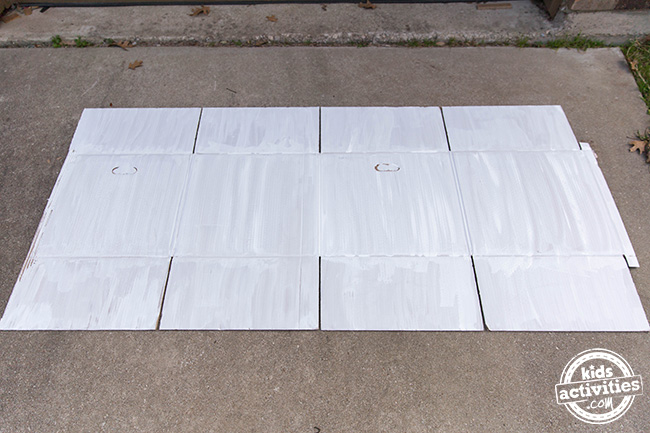 Use the sponge to paint a base coat onto the outside of the box. 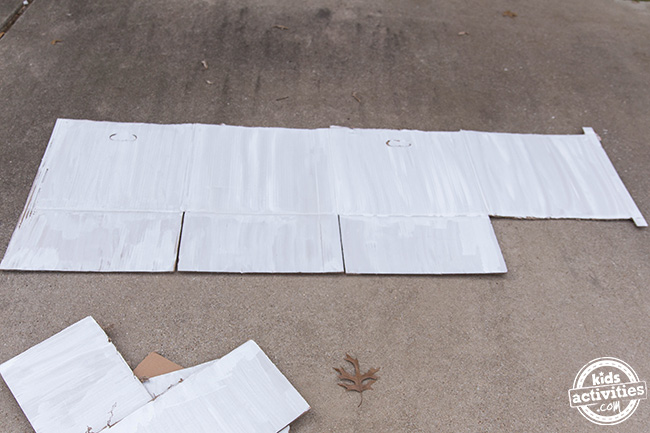 Cut the bottom flap off of the end panel of the box. You will use this end panel as a door to your rollercoaster car. 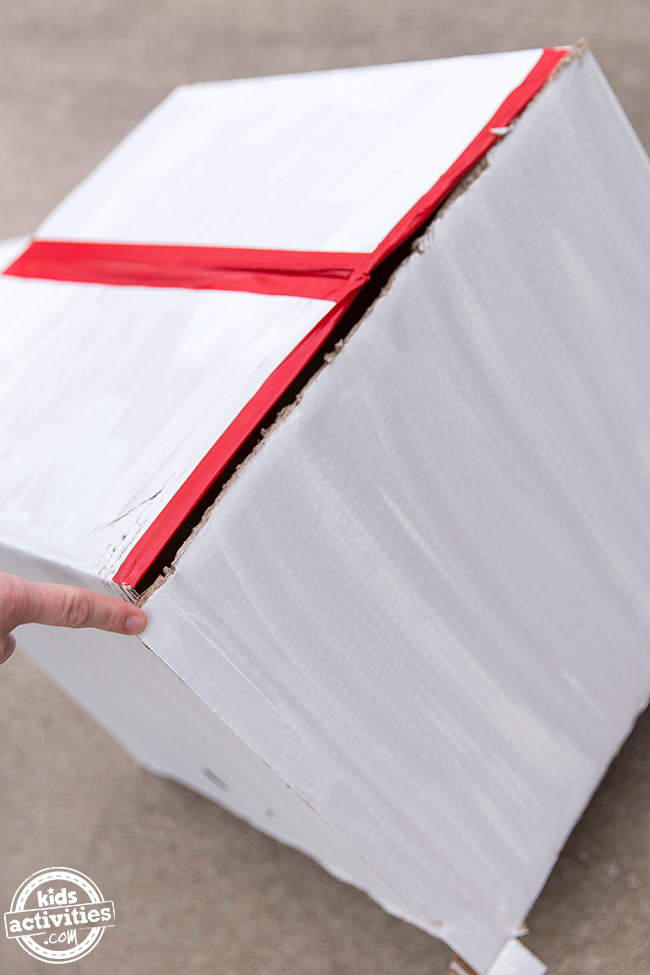 Tape the bottom flaps together to make a bottom to your rollercoaster car.

Add the hook and loop adhesive fasteners to the lip of the door so that it can be opened and closed. 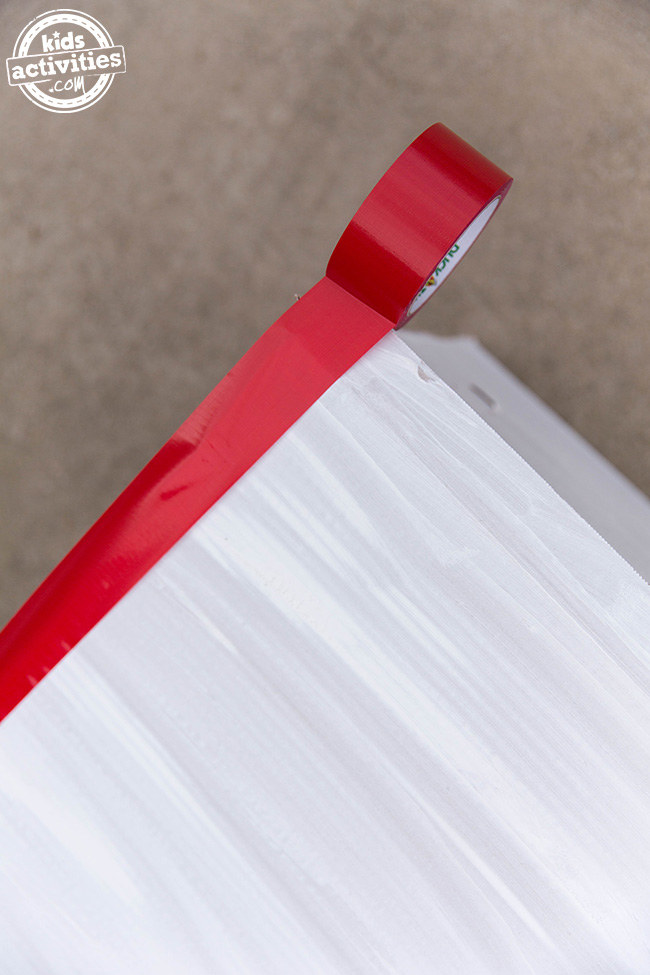 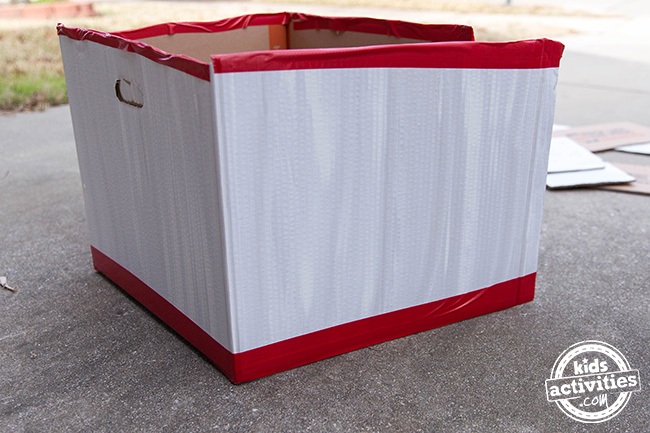 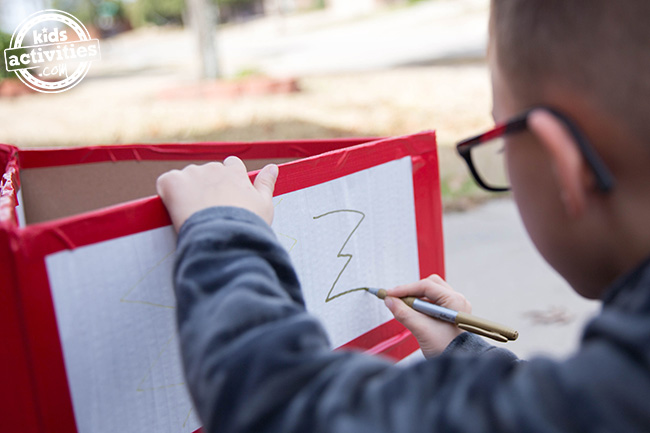 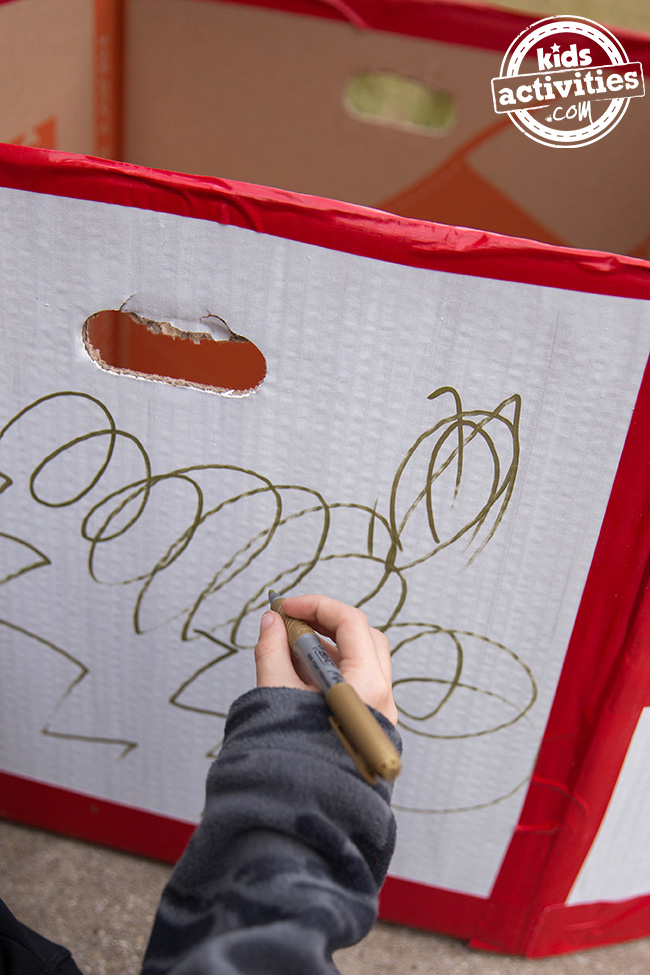 Use the markers to decorate your roller coaster car. My son wanted to add some lightning bolts and tornadoes to ours. Isn’t it cool? He said it would be really fun to put it at the top of our slide and pretend he was on an actual roller coaster –so that’s what we did! 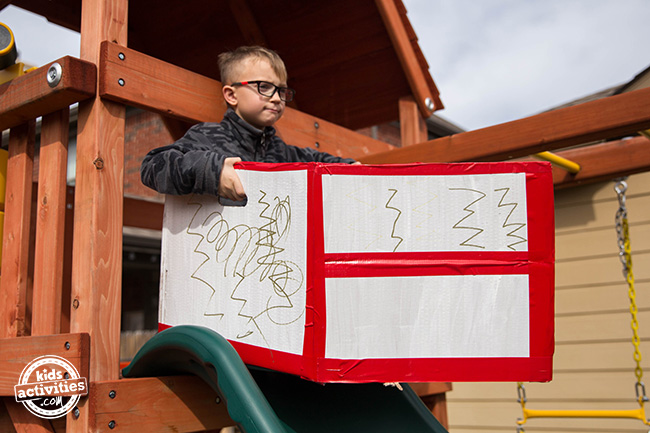 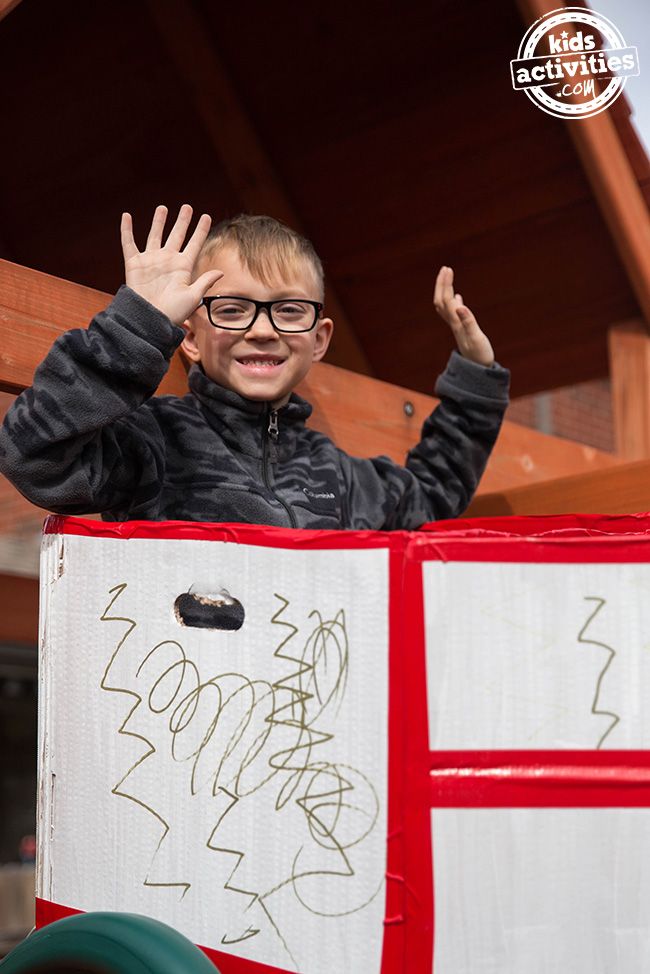 He used his super imagination to pretend he was rolling up and down and going so fast! It was so fun to watch him explore and play with just his imagination. His dad and I even cheered him on! 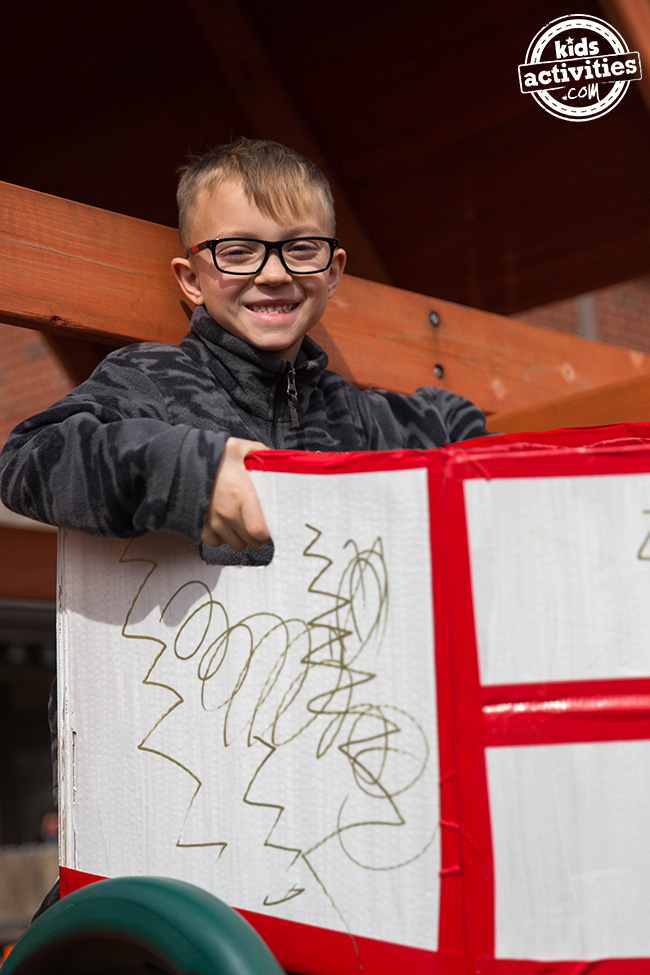 There are endless possibilities with an empty box and your child’s imagination! Make plans to see Wonder Park in theaters March 15. 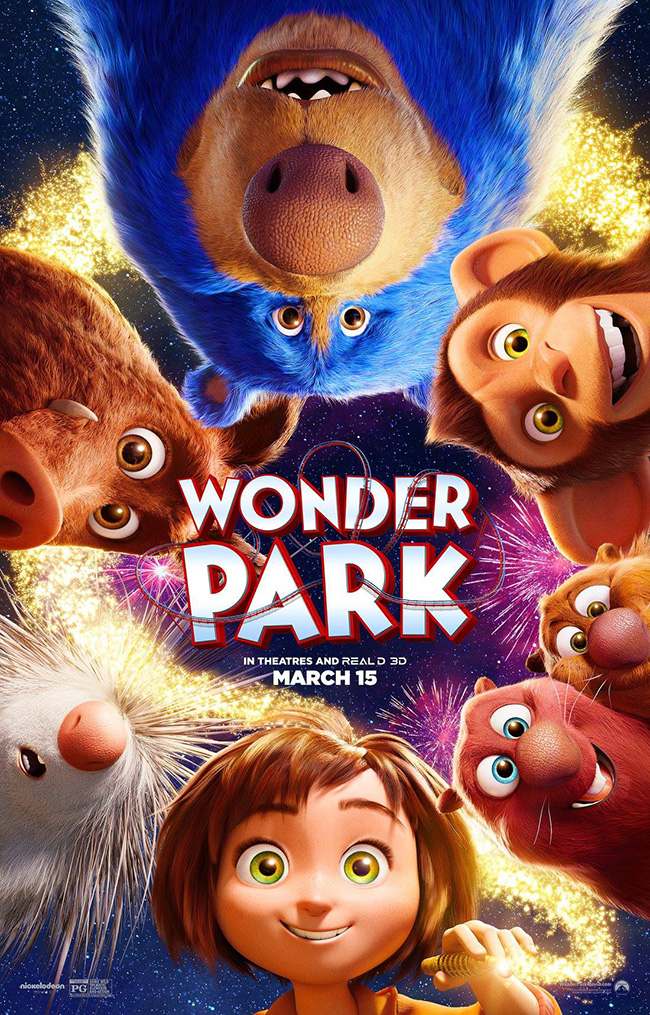