Dear Parents… Don’t throw away those toys.  Yes, they can make a mess and yes science says that experiences are better than toys, but there are so many benefits to these tools of play, too! 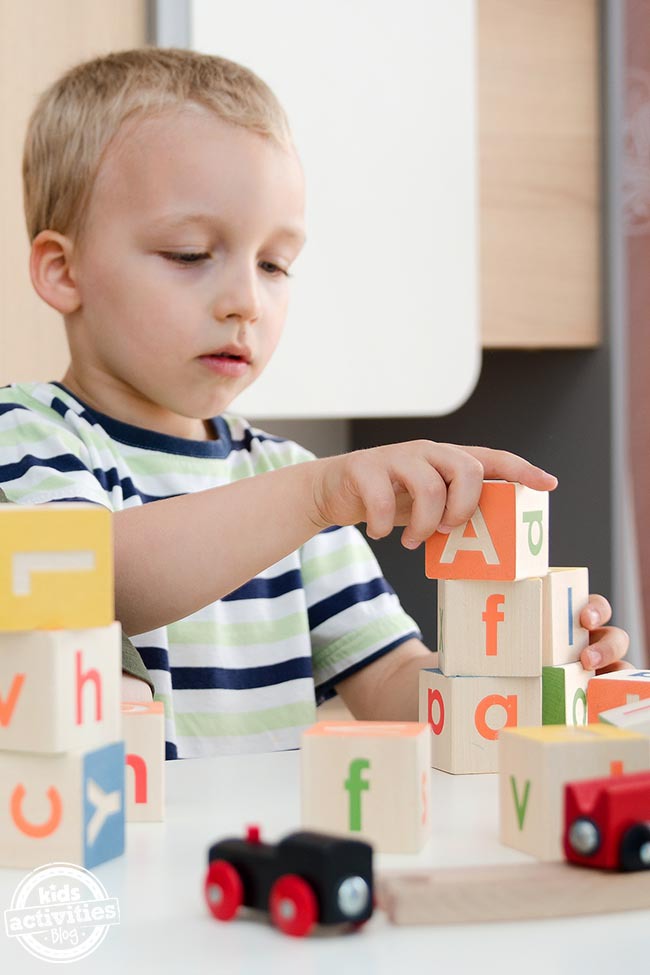 I know that it can be tempting to throw away toys when you read stories about how kids went from spoiled to grateful as they watched garbage bags and boxes of toys being taken away, but I don’t believe in one extreme or the other… I think there’s a lot to be said for balance.   Kids can learn a lot from toys and play.

Why You Shouldn’t Throw Away Toys

Toys Teach the Value of a Dollar

The option of chores is a great one for kids – do chores, earn money, buy your toy.  It’s a simple way to learn the basics, to learn that hard work = money.    That means that if they want to buy the newest toy or they want to add a set to their LEGO collection, they have to save up. What usually ends up happening is that, after a few weeks of saving, they’ve completely forgotten about the original toy they were saving for. 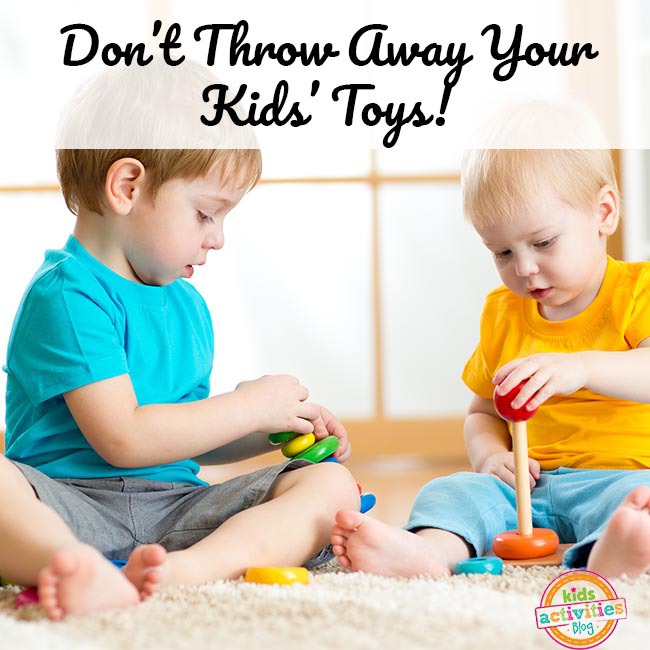 This happens quite frequently and they now have a much better understanding of the value of something and impulse purchases. There have been many times when my kids have purchased that one, amazing thing they saved up for, only to realize that it wasn’t as cool as they thought it would be. Toys have been great for teaching my kids about priorities.


There are a lot of toys on the shelves that are marketed to appear like they are super fun and will cure boredom. In reality, the toy is only as effective at curbing boredom as the person who is playing with it.

Toys like that have taught my kids a lot about being creative and using their imaginations. They have invented new ways to play with their toys and used them in ways that the manufacturer probably never intended. But those same toys are responsible for helping my kids become creative thinkers.

Playing with others requires a lot of self-control and patience. Toys are fabulous at teaching kids how to take turns and share. Thanks to toys, my kids have learned about conflict resolution, how a timer works (when they’re determined to have an equal number of minutes playing with something!), and how to negotiate. Those skills aren’t just something they need on the playground, they’re skills that they’ll carry with them throughout the rest of lives. 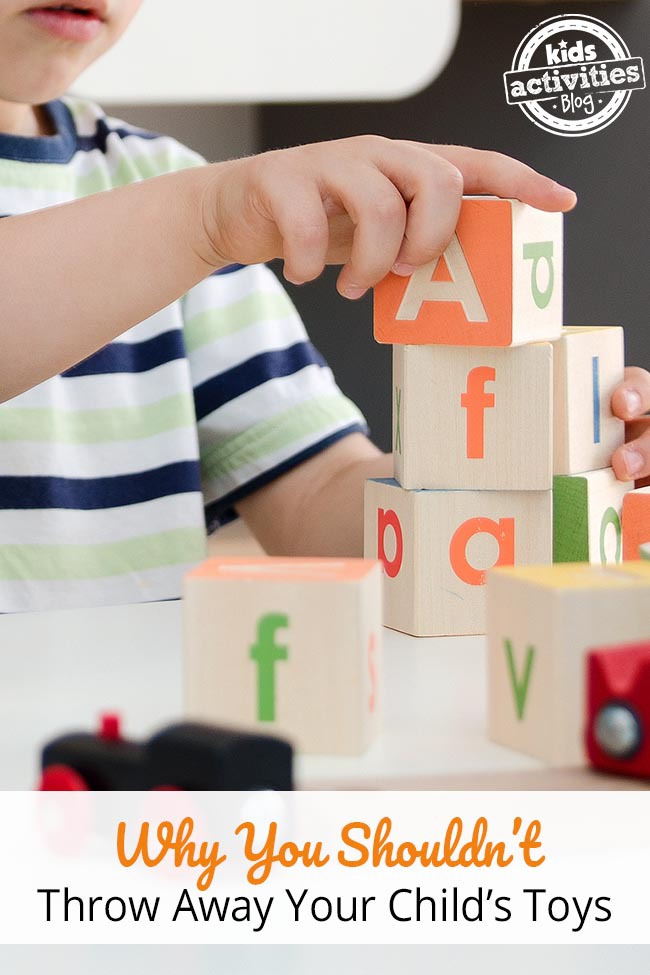 
One of the most popular types of toys in our house are building toys.  The boys play with them for hours and, while they’re practicing those social skills and building their creativity, they are also developing critical thinking and problem solving skills.

They judge how high they can build their towers based on past experiences. They calculate how many blocks or bricks they’ll need to finish certain sections of their project. They think of different ways to build something when they can’t find the pieces they need. In short, those toys are helping them build skills that will serve them well in their future schooling and careers.

Toys all have their purpose – some more apparent than others. The key is to let children come to an understanding of their value and importance on their own. When given a chance, kids can learn a lot from the toys they play with and the ones they lose interest in. After all, as Fred Rogers said, “play is the work of childhood.”

Home » Kids Activities » Why You Shouldn’t Throw Away Toys