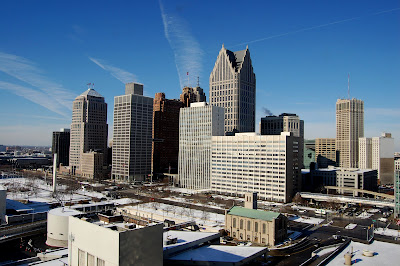 Saturday I was at the Walmart fuming when I noticed they weren’t carrying my favorite caffeine powdered beverage and had filled the shelves with Great Value brand sugary kool-aid drink. Sunday I was at the Wolfgang Puck in Detroit feasting upon herbalicious flat bread, fancy salad with mystery plants, and the best tasting steak I have ever experienced in my life. In fact, the steak was so big it had a bone and I think I had a foodgasm. 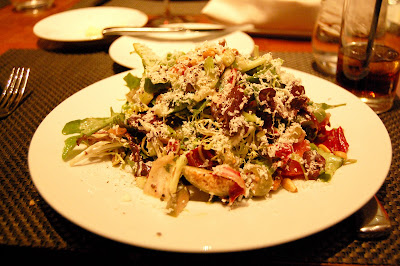 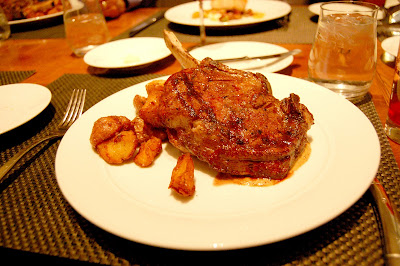 Until I tasted the dessert. 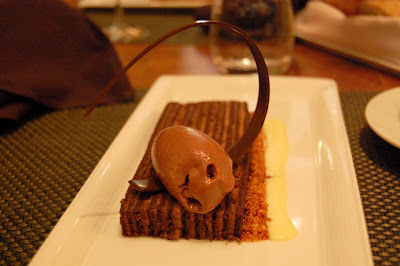 Perhaps I don’t have refined enough taste, but the “chocolate” dessert they served us reminded me either of

3.) can you possibly imagine what my kids said? 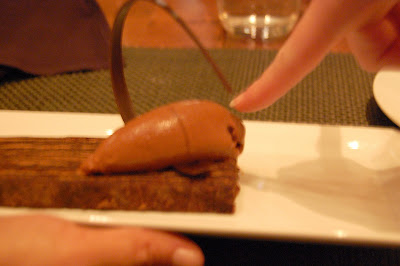 It really didn’t taste that great either. In fact, I’m still not sure what flavor it was hence the word chocolate in quotation marks above. 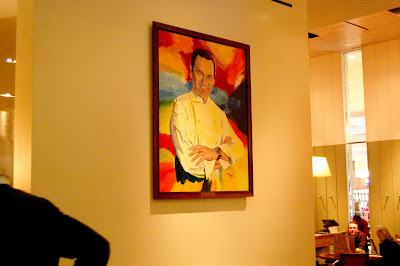 The main thing that bothered me about Wolfgang Puck was my lack of etiquette skills the lack of ranch dressing and Dr Pepper. The missing Dr Pepper wasn’t too surprising since I had been forewarned that Yankees don’t typically keep Nectar of the Gods stocked in restaurants, but not stockpiling ranch dressing kind of had me feeling butthurt. Fortunately the steak and potatoes made up for my disappointment. The waiters also graciously laid my cloth napkin in my lap and peppered my food for me–although I also didn’t realize I was supposed to tell the waiters when to stop peppering until after they’d blackened my food. So, Mr. Puck there you have it from one southerner whose fanciest restaurant before you was Chili’s–my off the wall review of my very first four course dinner. 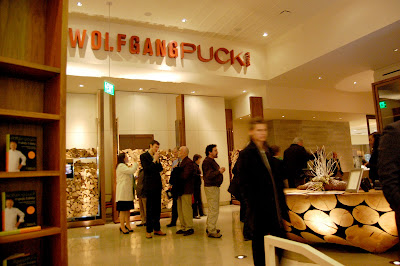 (By the way Wolfgang, I know you were in town that night because you were on one of my fellow blogger’s same flight and I just wanted to let you know how much I loved that steak. In fact if you would have shown yourself to me Sunday night at your restaurant I was going to whisper sweet nothings about that steak in your ear.) 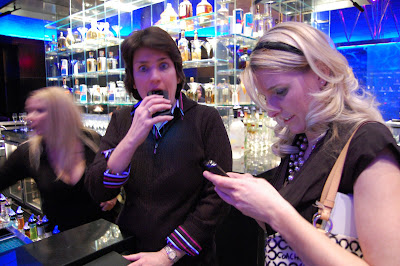 After my novel experience at the Wolfgang Puck of Detroit we then made our way to a cocktail party to socialize with other journalists and auto bloggers. Andie Smith a Dallas based freelance photographer, Jane Devin of Finding My America, Connie Burke of GM, and I chatted for a bit and then ditched that place for few minutes to tour the casino grounds for a bit. Connie got the gambling bug, but it was Jane who raked in the dough that night. It was too bad that I don’t have a passport yet and could not have made our way south to Canada for some more fun (although I keep hearing there’s tons of strip joints so we’d just have to skip those places. Also someone else told me I can get milk in a bottle in Canada and I really want to try something vintage like that. I also wonder if I can get caffeine by the pill up there since it seems like I can buy every other pill from the looks of my spam folder.). 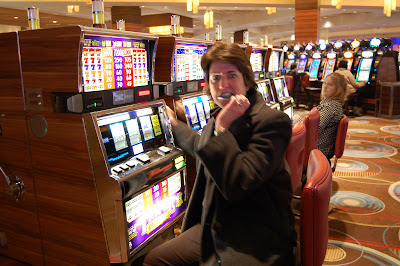 My fun in Detroit didn’t stop at the Wolfgang Puck or the casino. I had so many new adventures to experience, laughs to laugh, candid moments to photograph over the next two days. Oh and I had to work like a crazy woman on speed (which is why that caffeine would have really come in handy). I can’t wait to show y’all the newest vehicles and concepts to come out with the various automakers at the North American International Auto Show with just a touch of humor–just a touch, who am I kidding? 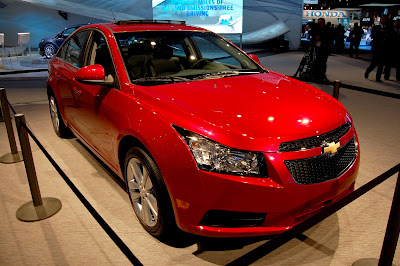 Seriously though, General Motors kept us so busy I can feel every muscle in my legs, feet, and toes. I almost couldn’t make it out of bed this morning to get my children ready for school, but I did because I’m not like my husband who makes our children four hours late for school because he forgot it was Monday. True story my friends. 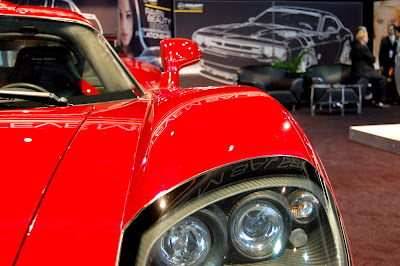 PS: The whole Walmart reference up there is to honor Andie Smith and Jane Devin who joined me in Detroit for the auto show and made fun of basked in my love for all things Walmart.

PPS: I wonder how many other writers have put both Walmart and Wolfgang Puck in the same paragraph.

Disclosure: General Motors paid for my patdown free flight, Dr Pepper free Wolfgang Puck four course dinner, hotel at the Marriott (just wait til I tell that story), cocktail party that we ditched, as well as basically everything else. I only include this disclosure because the FCC makes me, not because I want to brag. Now if GM can buy me some etiquette lessons we’ll all be covered and the world will be a safer place–and then I could gloat. But nah, I’d never do that.