Who Needs a Massage When there’s a Grocery Aisle to Roam?

I recently spent 10 cold minutes huddled over a freezer full of turkeys probably left over from last Thanksgiving, agonizing over the merits of a 12- versus 18-pound bird.

I ™d had my heart set on a 15-pound one, and choosing anything else was one more difficult decision at the end of a long day. Eighteen seemed so big; 12, so small. Which to choose? 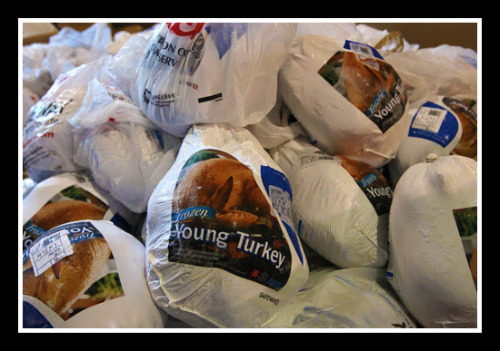 My thoughts began to wander. Why on earth am I even buying a turkey after the holidays are over? Better still, why am I here at 9 p.m. instead of curled up on the couch with a mug of hot cocoa and the phone book open to Pizza ?

The answer: I ™m obsessed with grocery shopping.

I love comparing prices, carrying a grocery list and pen, thinking about menus, checking ingredient lists to see whether items contain anything my daughter is allergic to, and reading celebrity magazines while waiting at the checkout.

I still love shopping for clothes, shoes, and handbags, like normal people, but lately it seems that I get more enjoyment from pushing a cart around a grocery store. My first thought? I need a life! But then I began to realize just why grocery shopping has become my new favorite form of relaxation.

It makes me feel important

At home, I ™m mom, and the cook ”and a writer, but only when everyone's asleep. But in the grocery store, I ™m a woman with a purpose, carrying a list, expertly comparing unit prices and deftly transferring cans to my cart. My decisions will affect the future of the world ”or at least, of the coming week's menu!

Or easier. I ™m the queen of indecision, and the clothing racks are where I particularly shine. At the grocery store, I ™ll still spend far too long trying to decide between romaine and leaf lettuce. But at least there, the choices are refreshingly fewer than at the mall, where the possible combinations of sleeves, buttons, collars, necklines, and cuffs seems infinite. In the grocery aisle, there are only four types of lettuce available, and the color choice is easy: green.

We all secretly make the occasional splurge, a spontaneous purchase that we don't need. Because the jar of fire-roasted red peppers is so much cheaper than that overpriced handbag, I don't have to guilt myself too much when I sneak it into the cart. After all, I ™m shopping for the family, right?

We ™ve all had those depressing days at the mall, when nothing looks flattering, the mirror makes us look large and small in all the wrong places, and properly fitting jeans don't seem to exist. It's never a problem in the bread aisle, though.

Trying on clothes and standing in denial in front of the mirror take time. Tossing spaghetti into the cart does not. Period.

You can take the family, if you want

It's certainly simpler to take my two-year-old daughter to the grocery store than to the mall, and we do it often. In fact, I have been known to let her push the cart around the store on a rainy day when her only other game of choice is tearing apart the house.

However, I especially love grocery shopping alone ”without having to rein in my family from the aisles of tantalizing but overpriced snacks, or without a child who insists on pushing the cart into the displays, starting conversations with shady strangers, and licking the meat freezer. It definitely cramps my style. How can I catch up on the latest antics of Brangelina's kids while my own offspring is next to me screaming blue murder to be let out of the cart?

If it's been one of those days, you can still head out for some retail therapy after the kids are finally in bed.

After ridiculously long reflection on turkey, bargain meats, and the Zen of grocery shopping, I ended up choosing the 18-pound bird. There really wasn't a right or wrong decision (although the decision to make turkey dinner in mid-January might be questioned when we're still working through the leftovers in April).

All that mattered was the relaxing time I spent in my new favorite hangout: the grocery store.