There are so many fun LEGO ideas for birthday parties. From making brick themed snacks to playing games with your favorite LEGO blocks, we’ve found the best LEGO party ideas online to share with you! 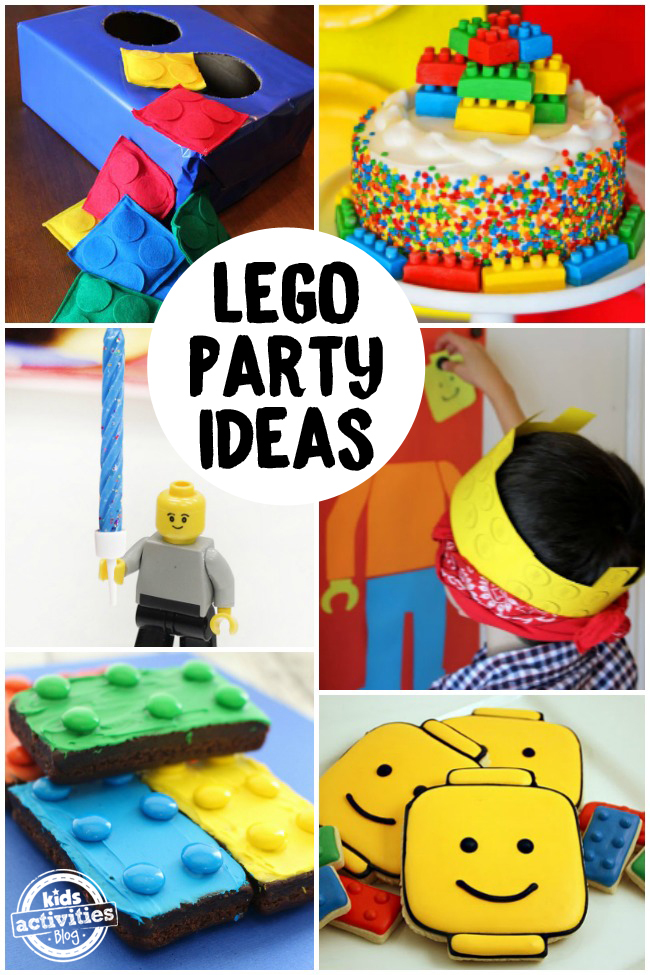 Make LEGO friendship bracelets to give to party guests.

Use tablecloths and paper plates to turn doors into LEGO bricks! via South Shore Mamas

Put a LEGO sign on the door to announce the birthday kid’s age! via Planted by Streams

Make a cupcake stand out of LEGO bricks. via Catch My Party

Build a napkin holder from LEGO blocks. via Party Delights

Use a LEGO figure to hold birthday candles! via Party Delights

Decorate the drink jar with a LEGO face. via Catch My Party

A cardboard LEGO figure is the perfect photo prop. via Catch My Party 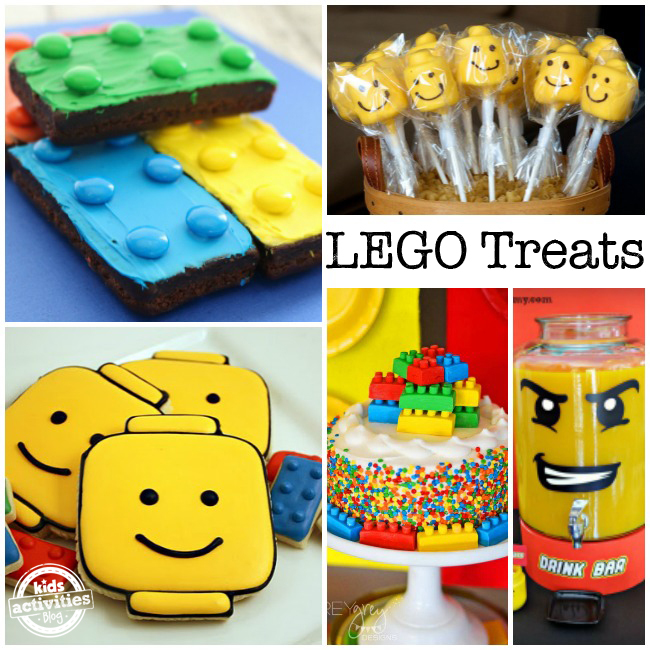 LEGO head marshmallow pops are the perfect party treat. via Savoring the Good

Top rice krispie treats with M&Ms and icing to make LEGO bricks! via The Stay at Home Chef

How fun are these LEGO cookies?! via Sweet Sugar Belle

Decorate the cake with fondant LEGO bricks. via Catch My Party

LEGO brownies are super easy — just use a boxed mix. via Desert Chica

Wrap chocolate bars in these cute printable labels. via Catch My Party

Use mini pepperonis to make LEGO pizza! via The Photographers Wife 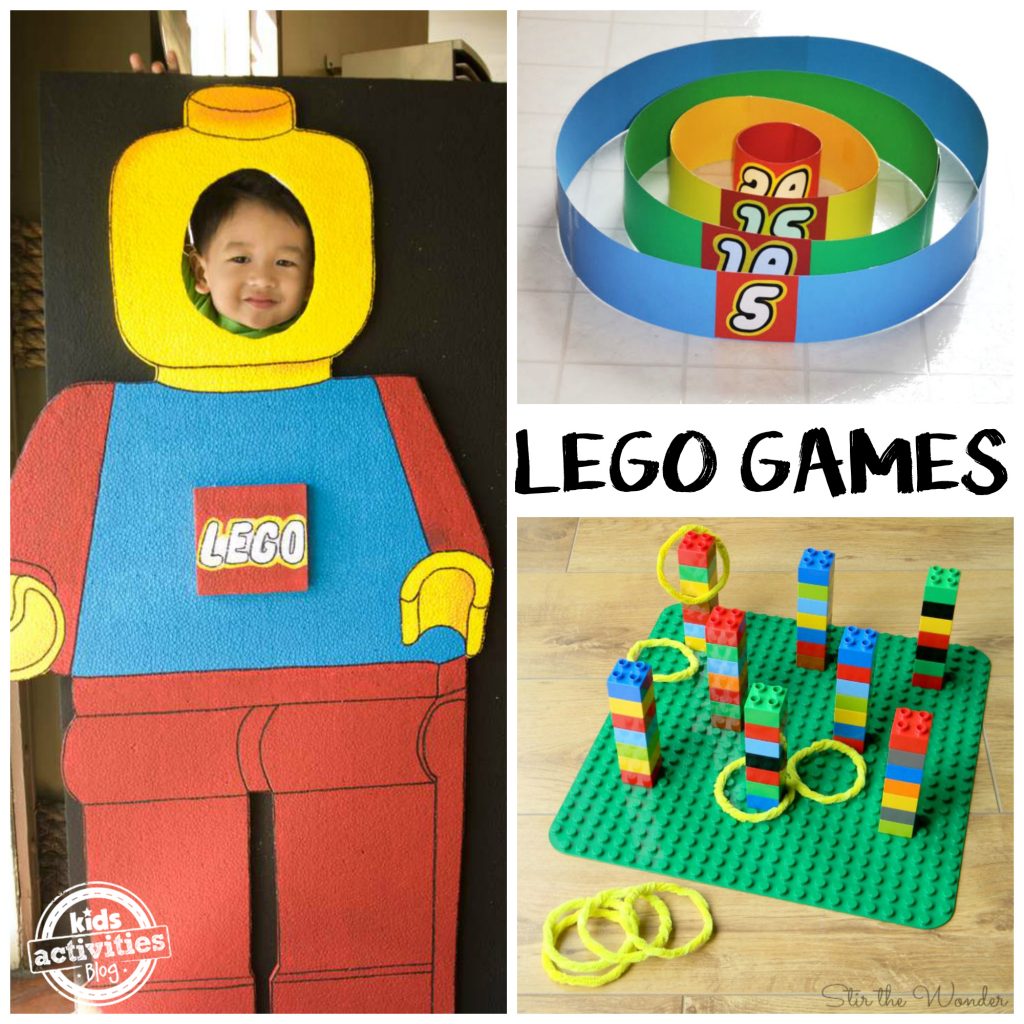 We love this pin the head on the LEGO figure game. via Abide With Me

See who can build the highest LEGO tower in 90 seconds! via Moore Minutes

Test your aim with this fun LEGO toss game. via Parties and Holidays

Pin the circle on the LEGO brick! via Money Wise Moms

Hide LEGO figures around the room and see who can find the most! via Delia Creates

How FUN is this LEGO bean bag toss?! via Stamp With Heather

Lay out LEGO pieces on a board and see who can remember the most. via Big K Little G

Kids will love this LEGO Duplo ring toss. via Stir the Wonder

Don’t miss these other fun LEGO activities for kids!