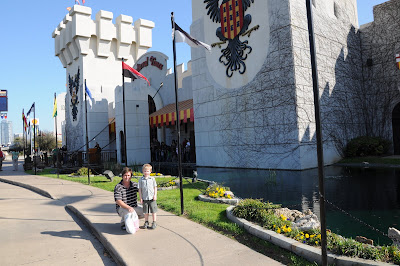 There is such a realistic feel to the castle that it is easy to feel like you’ve been transported back in time.   This is the area where we were waiting to enter the arena. 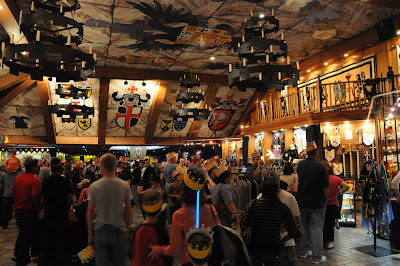 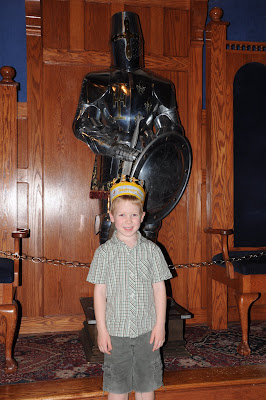 The setting is an authentic looking 11th century castle. The add to the ambiance you must eat your four course meal as they would have back in medieval times – with your hands and no utensils! The show involves a prince that is kidnapped and lots of jousting and sword fighting takes center stage. 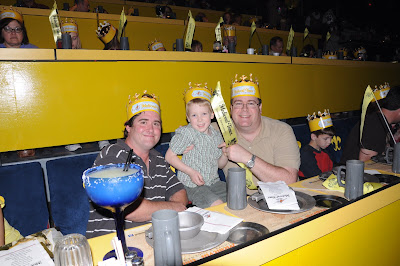 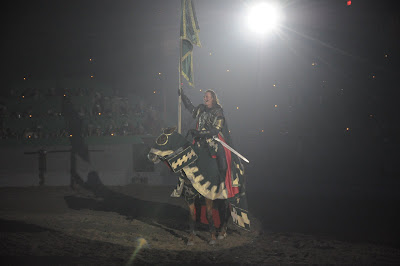 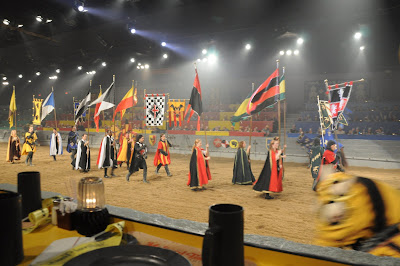 The horse has all four feet off the ground as he’s kicking! 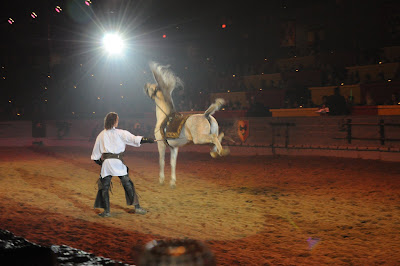 We were seated in the yellow section so we were cheering for the yellow knight. He looks pretty tough! 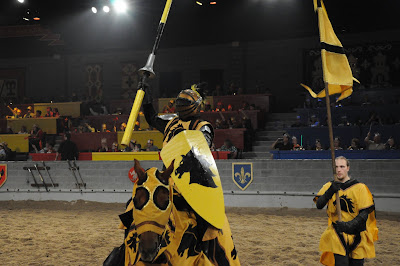 Check out the sparks from these swords! 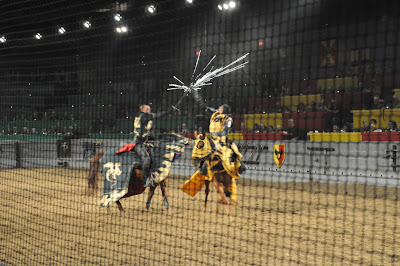 But alas, the yellow knight fell to his doom at the hands of the green knight.   So our guy didn’t win the battle but we had an awesome time at the show!