Krispy Kreme has the best donuts in the world. They melt in your mouth and have the sweetest taste around.   Of course, everything tastes better when you get to watch it being made.

We watched the batter being loaded into a hopper then squirted into the hot oil. It runs on a conveyor belt to the flipper which flips the donuts to the other side for even browning. 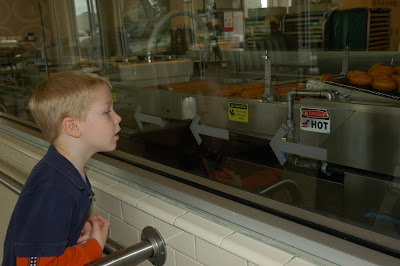 Then comes the best part…the glazing. The donuts go under a waterfall of glaze and continue down the conveyor to the cooling and boxing area. 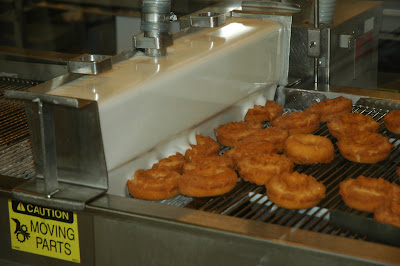 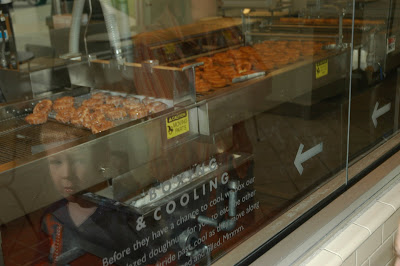 Nicholas got into this crazy pose with this silly grin. We asked him what he was doing. He said that he was a statue pointing the way to the counter where people place their orders. Such a helpful little guy! I can’t believe Krispy Kreme didn’t hire his services on the spot. 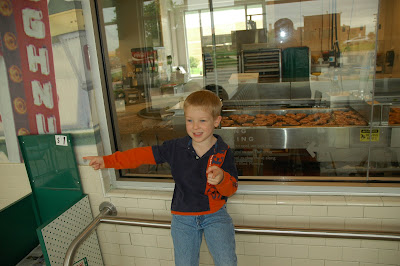 Then it was time to place our order and bite into those awesome donuts that just melt in your mouth! Nicholas put on his Krispy Kreme hat and said, “Chow down!” He ate his donut then washed it down with some chocolate milk. Yum! 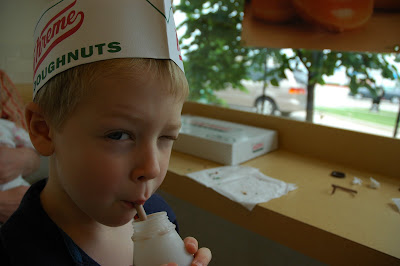