This is a photo of my son on a walk.  Just a little boy and his balloon, not a care in the world. 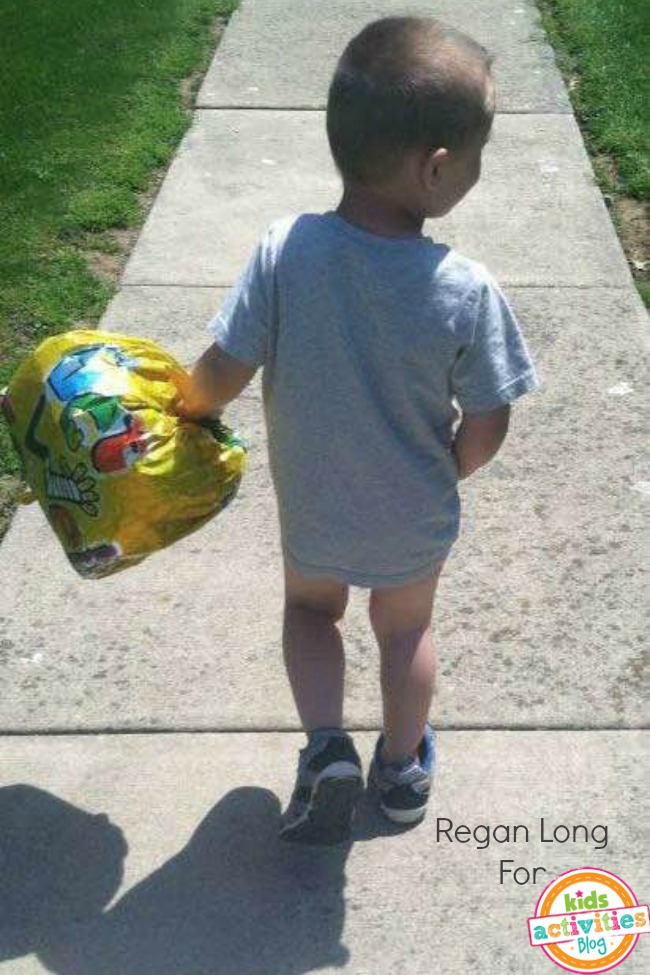 I’m not sure if you can tell, but his shoes are on the wrong feet. He insisted on putting them on himself. Big boys do it themselves, you know.  He also doesn’t have a diaper or big boy underwear on beneath that t-shirt. Too big for diapers but not quite potty trained for big boy underwear. So he decided to go without.
The little boy in this photo tires me out. He knows every button to push and normally doesn’t listen the first time he is told something.
The little boy in this photo gets me to raise my voice often, and I just may use his name more frequently than any other word in my vocabulary.
This little boy and I dance circle after circle in our kitchen, night after night. Not speaking a word to each other, but we never need to. They told me he would never talk, but I knew in my heart it would be in his own timeline. And sure enough, it was.
This little boy has shown me what it is to be at my wits end and within seconds, have my heart melt with his smile and sincere empathy.
This little boy needs Mommy to dress him and change him and bathe him and feed him and put him to sleep.  This little boy needs me to kiss his boo boo’s and to be by his side the majority of the time. 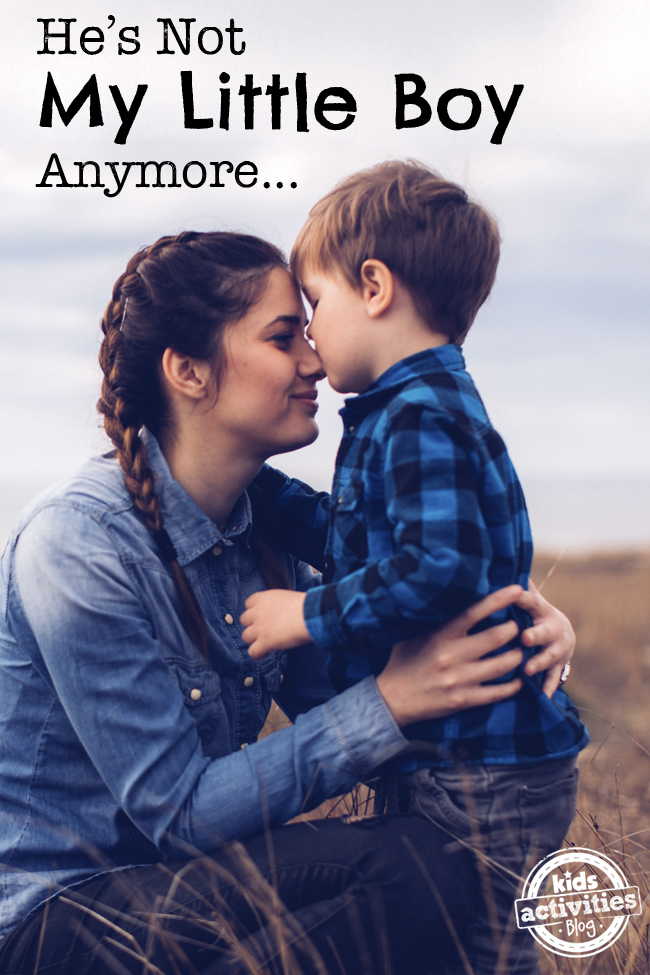 He no longer asks me to button his shirt for him.
His tiny fingers used to be too weak to do it on his own, but now he does it without my help.
He no longer asks me to carry him from the tub to his bedroom. This used to be one of his favorite things and yet sometimes I greeted this request with an exhausted sigh.
He doesn’t need me to wipe him nor do I need to pull up his sleeves for him to wash his hands.  He puts on his own socks, and his own shoes and jacket.  He brushes his own teeth and can take his own showers.
He doesn’t always call for me when he gets hurt, and it’s suffice to say that Daddy is his best friend.
I can’t remember the last time we danced in the kitchen, and it breaks my heart trying to recall when it was.
Today I watched my son play with a group of boys, and I just stared at him. Watching his interactions, his facial expressions, the way he moved. And all I could think about was the little boy walking down the sidewalk, who was holding his balloon. The little boy that needed me as much as I need him.
But today I didn’t see the little boy, I saw the young man. And it was a heart throbbing that may have been comparable to the morning they laid him upon my chest.  Today I realized that as time continues to pass, he will need me less, and truth be told, I will need him more.
Today, my little boy seemed to disappear before my eyes, and if he even knew what I would give to go back to dancing with him in circle after circle in the kitchen.