Over the last few weeks I have had the pleasure of watching a genius of marketing in action. 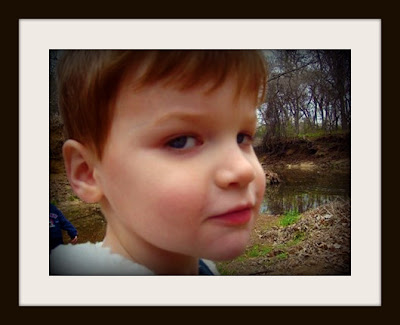 This marketing wizard has taken something that was unwanted, unnoticed and shunned and through grassroots advertising vaulted it into a must have in mere days.

Because I have three kids I usually have things lined up 1, 2, 3. For instance, at the table they sit in descending age order.

They are easier to organize this way.

Lunches, drinks, baths, books, desserts, snacks, car position, sleeping position, laundry, haircuts, etc., etc., etc. all are arranged by age so I can remember who belongs to what.

Well, not really the end because about a week ago Rhett(3) decided he wanted to have the middle drink when I was pouring milk at breakfast.

Let’s review that he is #3. He should be last and occasionally first.

Then he wanted the middle drink at lunch.

Then he wanted to sit in the middle in the tub.

And now he is in full press mode for the middle of anything, anywhere, anyhow.

The middle is the best.

He will only settle for the middle.

Well, boys 1 and 2 have been watching this. And guess what?

The middle is now where it is at.

I pour milk to choruses of “I want the middle one!”

Everyone is jockeying for the middle of anything, anywhere, anyhow.

And I am in the middle of the war.

Stuck in the middle.

I guess the next step is obvious. I am going to enlist his help in marketing vegetables, homework and clean rooms to the other two.