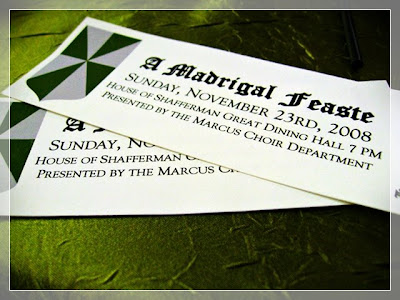 We chose the dessert matinee instead of the dinner performance, because it was shorter & recommended for elementary/middle school aged children. Of course, the most important reason we went was to see Jessie perform!
We arrived early (Mama is a bit obsessive about being on time!) and picked up our tickets right away at the Will Call table. We visited the flower cart, and since this performance was the last of the year, the flowers were specially priced. Reese picked two bouquets for Sissy… 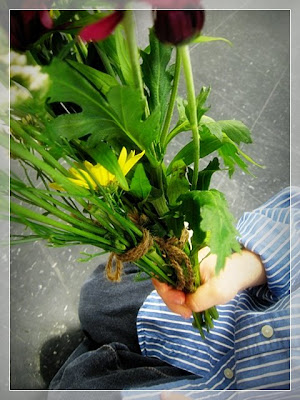 After being entertained by a Jester, watching some girls get put into the stocks, & listening to a poem read, the dancers came out! Reese & I made our way across the room so we could see Jessie well.

I guess when you’re in high school, it’s not so cool to have a parent whip out the camera. So I signaled to Jessie “Just one more picture!” and snapped this…. 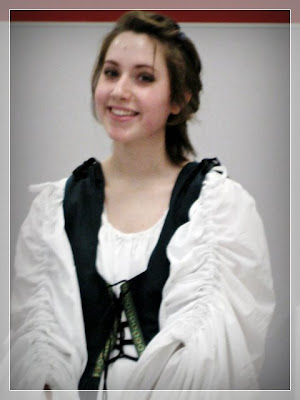 But I couldn’t help myself snapping some pictures while she danced! She was partnered with her friend Caitlyn & they did a great job dancing to a Medieval song. 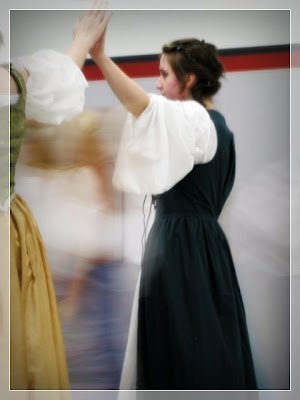 Unfortunately, the producers requested no photographs/video taping, so I didn’t get one single shot of the whole show! It was a very cute tale of Prince Charming (of the Charming Family), who was looking for the princess of his dreams. He encountered three very wrong princesses, and found out this his true love was the village poet girl who had been helping him woo the princesses.
I was amazed at the strong voices of all the participants, & Reese was equally entertained the entire time (about 2 hours). Although I think Reese’s favorite part of the entire show was the monster-sized piece of chocolate cake that was all his! 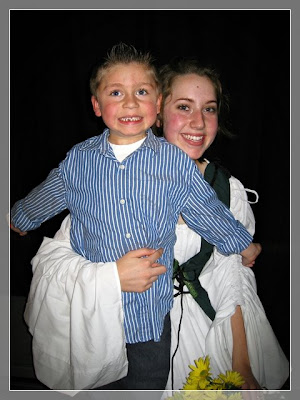 We will definitely return next year! We were completely transported to a Medieval castle, entertained by great acting & even more amazing singing, & got to see Jessie doing her ‘thang & bringing tears to my eyes with her singing of Ave Maria.
Happy Campers is a Flower Mound mother of three.   She writes Reese’s View of the World and Adventures of the Williams Family.