The kid’s meal at Chick-fil-A usually has educational books or toys. Most likely it is something the boys play with for a few moments and then discard. The books go into our bookshelf to be read later. The toys usually find their way into the trash or donation bin.

This week Chick-fil-A’s bonus in the child’s meal is this insect model: 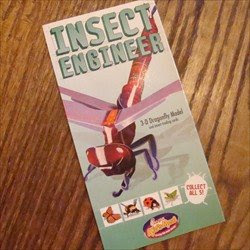 Reid was thrilled. He wanted to put it together at the restaurant, but because I am such a wise mommy I encouraged waiting until we got home so I could help with less distraction. 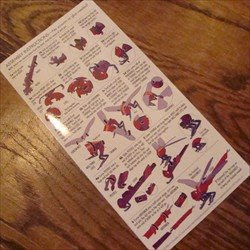 I started on the instructions. Following each fairly vague direction to the best of my ability.

My mommy assembly resume is impressive:
1. Ikea furniture.
2. Transformers (into and out of the action figure/motor vehicle).
3. Legos.
4. Magnet sets.
5. Tinker Toys.
I could go on. Let’s just say, I can put things together.

Approximately an HOUR later I had produced this: 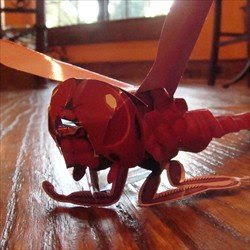 Not bad! It resembles a dragonfly.

Reid took one look at it and started to complain… 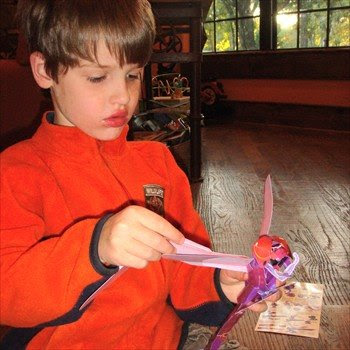 “It is missing a wing.”
“You didn’t put it together right.”
“This is upside down.”

I thought I had adequately hidden this: 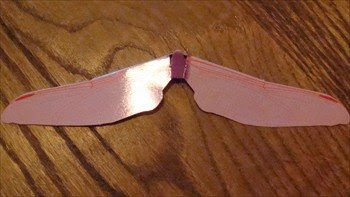 Oops. Extra wing. Really, who needs more than one?

Let’s review what I accomplished in the last hour. 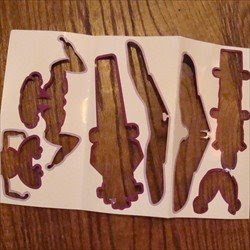 …and turned it into this: 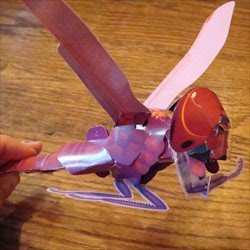 About that time blog-Stedman came in from work. He took one look at my dragonfly and stated:

“It is missing a wing.”
“You didn’t put it together right.”
“This is upside down.”

I handed him the disfigured dragonfly and the instructions and told him to go fix it.

About 30 minutes later he returned with this: 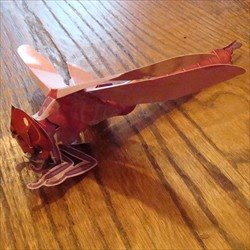 Note to Chick-fil-A: Your child’s toy took two people with a combined 13 years of higher education 1 1/2 hours to assemble.

Right before bed tonight, Reid was holding his dragonfly close to his heart and said, “I can’t wait until we go back to Chick-fil-A and get the bumble bee…”

Previous Post: « The thrill of potluck return
Next Post: It is not me, it is Rachel “LINK HERE NOW »