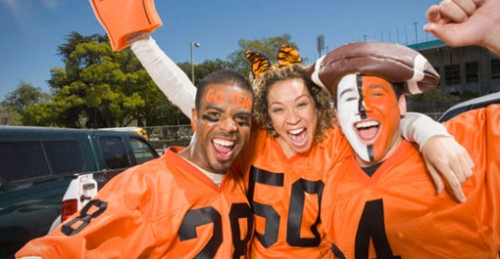 I don’t know about you, but I have always enjoyed watching the Super Bowl at home with my family or a small group. I’m not a big Super Bowl party kind of person. Several years ago I went to a co-workers Super Bowl Party but couldn’t get into the game. I think I left early. Lets face it if your team is not playing, you only watch for the commercials right?

This “deal” came to my inbox recently. It was for a deal on a Super Bowl Tailgating party at 1010 Collins Entertainment. The deal was on SweetJack. It offers 56% Off Superbowl Tailgating on Sunday. So what do you get for $159 for 4 Ultimate VIP Super Bowl tailgating? Actually you get a lot!!!!!

You get to watch the game of course, an all you can eat buffet, drinks, live music, autographed NFL memorabilia and a night of casino action! Wow! That would be the ultimate Super Bowl party — it’s all covered for nearly $40 a person. Just think how much you would impress your wife, girlfriend or buddies.

1010 Collins Entertainment Center is located on North Collins in Arlington (not too far from Cowboys Stadium). Sounds like quite the party!

However you spend your Super Bowl Sunday, do it responsibly and have fun!