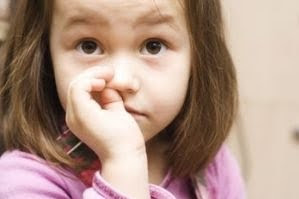 I’ve never eaten a booger. This being my blog and not needing to impress to any great degree, I can tell the truth. I’ve never eaten a booger, but I saw friends do it when I was younger, and they didn’t seem to think anything of it. When I saw a classmate in high school do it, however, I immediately knew there was something not quite right with the lad.

I had a recollection and a revelation recently, about Gross, and it’s evolution.

When I was in college, home was a small town in Colorado for a number of years during the ’80s. Money was tight, so activities consisted of a $5 pizza from Blackjack, trying to impress the freshmen at the local dorm, or…one last one…that I now shudder to recall.

It was called My Tubbery. A business. A small building filled with individual rooms that contained hot tubs to be rented. By the half hour. I can think of multiple dates, and girlfriends, that My Tubbery entertained. And I think back to those blissful, bubbling tubs, and my ignorance.

I think I just threw up a little in my mouth. And I may again.

I’m sure the chlorine killed some of what we luxuriated in, but today I’m pretty sure I would have a problem partying in a used condom.

It’s one of life’s great ironies…by the time you realize how profoundly terrible something is, most times you’ve already done it, stepped in it, eaten it, or worse. I’ve spent a thousand nights in hotels, from the hi-falutin’ to the hovel, and yet it took the majority of my life before Dateline thought to take me on a tour of one with a blacklight.

I’m considering boiling myself in acid.

Ignorance really is bliss, my friends, and a helluva lot more fun than the sanitizer-toting obsessive compulsive I see in the mirror today. Early adulthood taught the “5-second rule”. Kids have an “infinite second” rule, which I continued in college. Today when I see my son eat something from the floor, knowing our beagle has been marching there minutes before on her poo-dipped paws, I have to resist the urge to take a wire brush to his tongue and make him gargle with Clorox.

Ultimately, though, the evolution itself is killing me much more than any airborne carcinogen. I miss that ignorance, and there is no going back. My destiny is to finish out my days in a level 5 biohazard unit having friends and family push my favorite soaps to me through the airlock.

As I write this, I sit on a flight with my exponentially more hygienic wife winging our way to one of the dirtiest cities (figuratively and literally) in the US, Las Vegas. I note the airline blanket I thoughtlessly draped across my legs as I sat down. And I now wonder, despite the fact that the blanket is touching the skin of my legs, if I will have the courage to use two fingers to drop it to the floor.

Maybe I could use my elbows.

Jay Lessons is a novice ˜burb daddy, a husband-in-training, and a sarcastic elitist. You can find more of his reflective rants at HalftimeLessons.com.

Behind Kids Activities Blog is a team of Quirky Mommas who are passionate about helping moms homeschool preschool,, find fun things to do with their kids, and survive motherhood each day!