The Nirvana has a long history of supporting the arts.

Art Series interview I can be found here.

Today we are going to look at the work of the two older Nirvana artists.

The eldest(9) was initially a reluctant artist who shunned the traditional mass marketed media of Crayons.   As he matured, he accepted other artistic materials and has gone on to create unique pieces that express his point of view.

An example is his recent Horse in pastels: 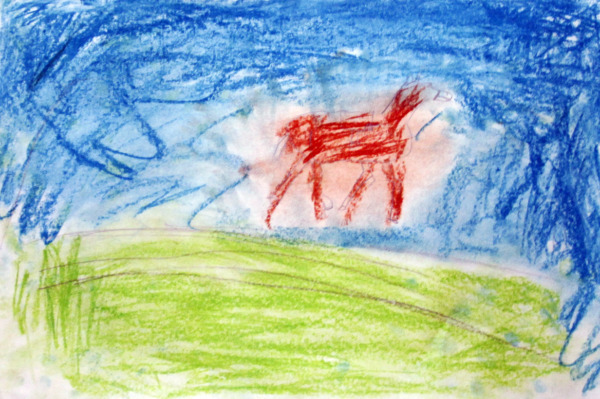 His younger brother(6) embraced artistic expression at an early age.   He willingly drew, colored and sculpted with whatever materials were available.   His work often included the unusual addition of Scotch Tape – not to hang the art, but as an integral part of the art piece.

His subjects are often fanciful in nature.

An example is this recent Red and Green Dragon: 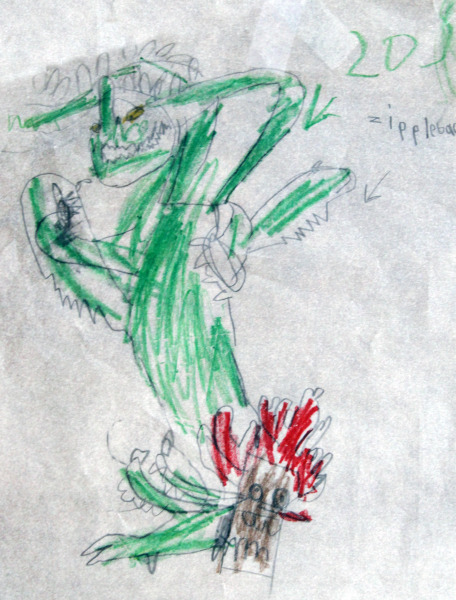 His art often has violent undertones which are subtly articulated through color intensity and shaded tones.

And then there are his less subtle pieces: 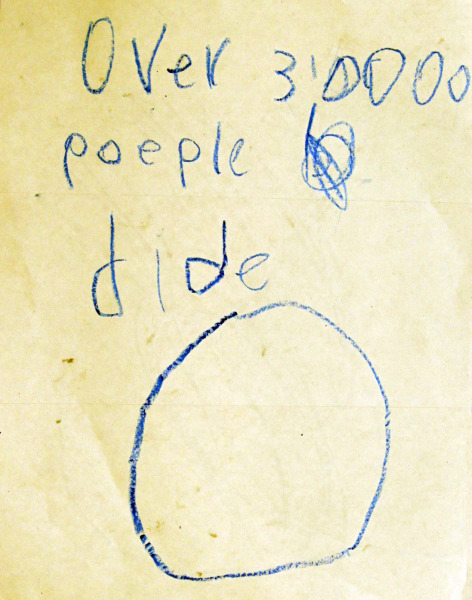 Previous Post: « blog hop potluck with a prize
Next Post: Structuring the Stay-at-Home Mom's Day (while maintaining your sanity) »