Did I mention calm? 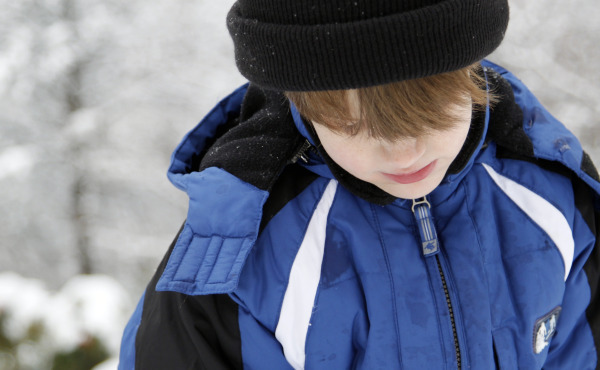 Being the mom of three boys is very similar to being a Rodeo clown.

You have no control over anything, but you are charged with assuring that rodeo participants don’t kill each other.

That is how it is around here.   The boys are usually on top of each other.   Reid is usually at the bottom.   He plays possum until the other boys give up.   Really, how much fun is it to wail on someone who isn’t fighting back?

Not that I haven’t promoted that technique to the other two…Reid is the only one to which it comes naturally.

Being the non-squeaky wheel in the house has it’s disadvantages – Reid is often overlooked.

He has been so consistently quiet that I started worrying about him starting about two years ago.   I just had a feeling something MUST be wrong with him.   I mean…he was quiet!   I took him to the doctor and asked a lot of friends.

The consensus was he is just a low energy child.

I watched to make sure the low energy didn’t extend to being out of breath or other signs of medical issues.   Nope.   Everything seemed normal except he was calm.

Calm continued to worry me.

Recently one of my good friends had her son tested for all sorts of food sensitivities.   She had to cut his diet down to just a few foods.   It was a huge pain.   The whole family’s life was changed…but two weeks later she had a different boy.

I spoke to our doctor the last time we went and asked what he would suggest…what would he cut out first?

Reid LIVES on milk.   Milk at every meal.   Milk as a snack.

He suggested we start with the lactose-free milk and see if it makes a difference.   The first night I tried to sneak it in.

Mommy, this is SOY milk!

Oh, the horror.   I had to tell him about the special milk and what we were going to try.   He agreed and part of the decrease in milk intake over the last two weeks can be tracked back to his preference for regular milk.

Two weeks later he is a different child.

When he talks he dances.

When he picks up a book he reads.

When his brothers attack he fights.

It is an incredible transformation.

Except he is no longer calm and quiet.

Would it be wrong of me to sneak some real milk into his Lactaid just so I could catch a little peace?