Parents always know what’s best for their own children, so the debates over parenting styles always seem a bit contrived to me. I mean, what works for one person isn’t always best for another. And no child is exactly alike. The options for parenting styles are so far and wide now it’s really like a choose your own adventure: household edition. That’s why I’ve come up with a list of 5 Reasons To Let Your Kid Run With Scissors. And not just scissors. I mean, they should get to light fires, touch hot stoves, wander aimlessly after dark… Because really, shouldn’t they get a chance to be kids while they’re still kids? 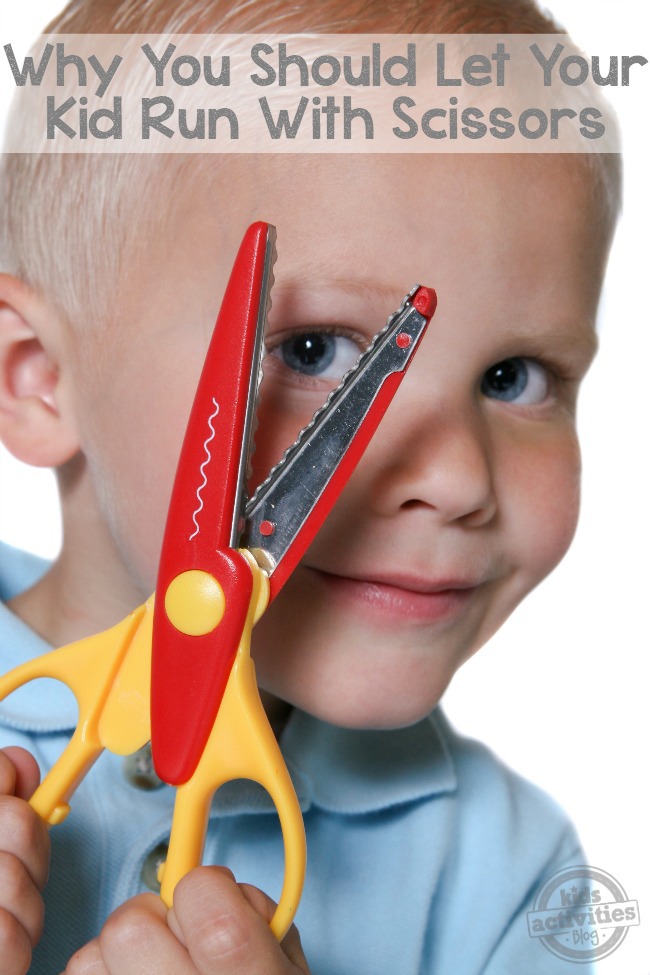 5 Reasons To Let Your Kid Run With Scissors

1. Eyeballs can be replaced now. This is probably the most literal interpretation of run with scissors that can be imagined, and a great place to start. Seriously, just because certain physical damages can be fixed doesn’t mean you should abdicate your role as parent and let your kids do whatever they want. And yeah, you might be thinking, “Well my parent let me and I survived…” but think about it: you grew up to be a parent who thinks it’s okay for a kid to RUN WITH SCISSORS! Do you really think you survived all that well? Really? 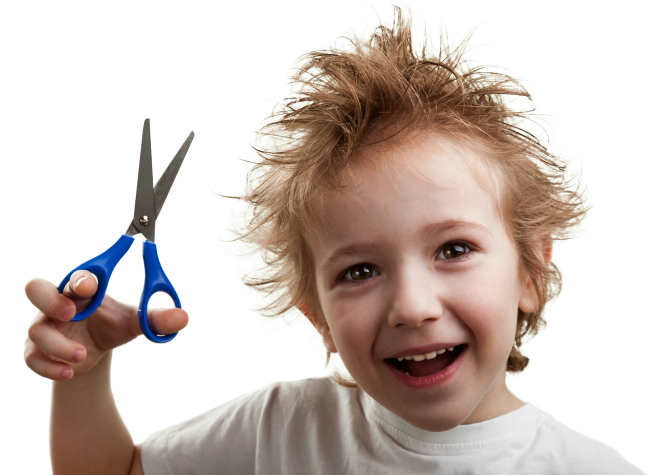 3. Cell phones mean kids are Always in range. Every few months I see a news story pop up about these parents who  let their young(ish) children walk to the park about a mile away from their home. The parents  think it’s okay because the kids have cell phones and they’ve never once gotten into trouble. They’ve prepared their kids. So here’s the thing: even if those kids know exactly what to do if someone approaches them, they are still little. And people are distracted. So what happens when some distracted driver out there doesn’t see your child crossing the street while they’re on the way to the park? I mean, it’s amazing to prepare your kids and let them explore the world, but other people aren’t always going to know to watch out for them.  You can’t trust the world to be as aware of what your children as you are….if  they’re too small to ride a roller coaster, they’re probably too small to be walking without an adult nearby.

4. Why stifle their creative spirits? Oh holy cow. Seriously, being the adult in your parent/child relationship doesn’t mean you’re stifling them; it means you’re telling them that certain behaviors aren’t acceptable. And before you start in on the whole, “But you don’t know my kid,” or, “My kid is special,” business, trust me…your kid isn’t. Sure, sure, they’re special in Your eyes, but at some point that little darling is going to have to interact with the rest of the human race and if you haven’t prepared them by telling them no every once in a while, they are going to have a Miserable time figuring out that they aren’t Actually the center of the universe.

5. Kids are only kids for a little while, let them live it up! And that’s fine if you want to deal with them acting little for the rest of their lives. Kids Have to have structure. They Have to have someone to let them know right from wrong. They aren’t born knowing all the things they need to know to survive in this great big world. Yes, it’s okay to let your kids play, to act silly, to have fun with them, to let them be kids…but letting them get away with doing things that will hurt them in the long run is just lazy parenting.

Look, I know you’re trying your best. You’ve read books, seen studies, talked with other parents who believe the same as you, but ultimately, YOU are responsible for who your child grows into. They are going to have their own personality and it’s great to let that personality shine, but if you aren’t there to pull them away from the fire, grab the scissors out of their hands, yank them out of the way of that fast moving vehicle…you’re really not parenting, are you?