It appears that the city in which I live is balancing the budget on the back of its hurried citizens. 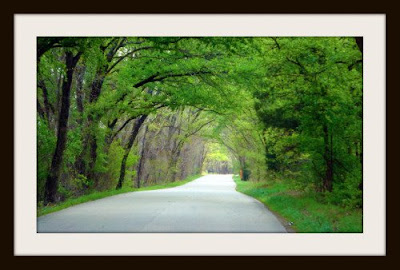 Since that time the actual construction has arrived and along with it a fleet of enforcement. I feel lucky to drive the road frequently because I now expect dark colored police vehicles with low rise lights tucked away in every driveway, tree cove and blind corner.

I pity our town’s unsuspecting visitors.

To give you an idea as to the density of which I speak, I counted 7 law enforcement vehicles in the 3.5 mile stretch of this road between town and my house.

Wow! That is an impressive ratio of public to public safety – especially considering that the city planners have dictated that lot size in this portion of town exceed 2 acres per house. I dare say that the resident population is now rivaled by the law enforcement population.

Obviously, I have slowed down. Not that I ever am INTENTIONALLY non-law abiding, I just get bored driving slow. I am happy to report that my law abidingness has kept me speeding ticketless for nearly 3 years.

Yesterday when I drove Ryan to school I noticed a police cruiser parked in a new location. An area where there is no construction, in fact he was at least a mile from the heavily patrolled construction zone.

It didn’t look like it. It looked deliberate and clever. His black car was disguised in the shadows of a forest on a quiet corner.

The road should go straight here, but it appears years ago someone built a house and then they built the road around it. I drive this way multiple times a day, multiple times a week. All that practice has allowed to me to negotiate the corner without harm.

I passed the cruiser and then made a mental note that in 5 minutes on my return trip I would abide by the speed limit.

The speed warning zone starts 100s, maybe 1000s of yards prior to the actual corner.

It took every ounce of my self control to actually drive under 15 mph for the ENTIRE corner as witnessed by the my city’s best.

And then I actually had the sensation of backward movement.

While rounding the slow motion corner I had time to think…

And then it occurred to me. In the history of that corner it is very probable that no car has ever made it completely around within the letter of the law.

I am the first.

I really should get some sort of prize.

And then I wondered why would they set a speed limit SO LOW that it is impossible to follow?

Did I mention the city budget issues?

Crap, they probably won’t have any money left over for my parade…