Minecraft is an obsession at our house. We have Minecraft T-shirts, we print Minecraft out and play with it, we have minecraft servers, we read minecraft books, we pretend our lego blocks are minecraft pieces as we build mini-worlds (links are affiliate).  We want to attend Minecraft parties!  We even do Minecraft projects for kids!

We speak in mod-lingos and debate the benefits of survivor vs. creative modes. It’s fun.

AND… I am learning how to use my kid’s love of Minecraft as a teaching tool. 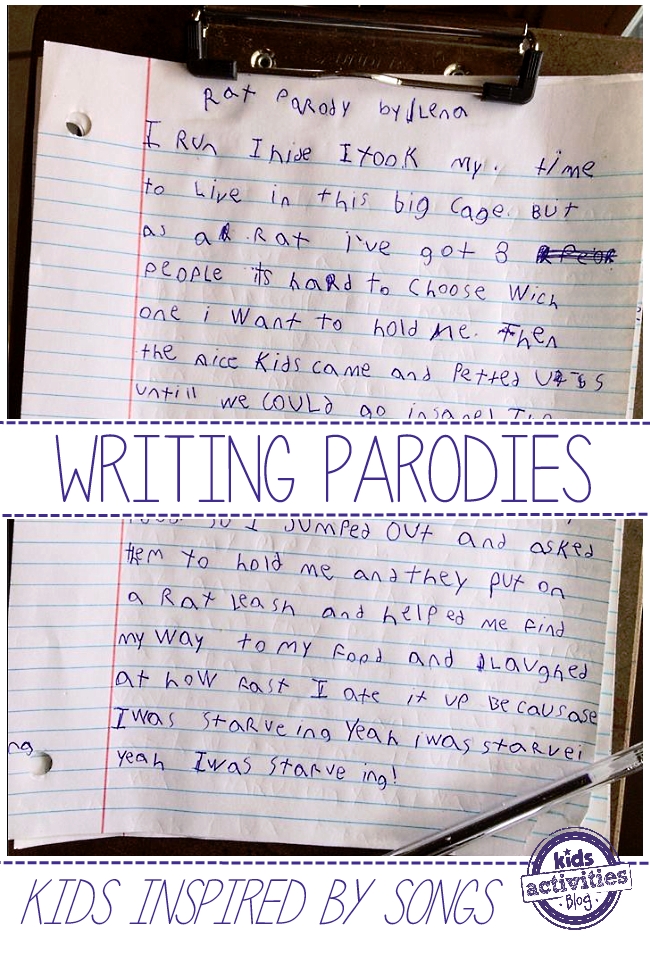 My newly writing child “got” how you want to write about one topic and how every sentence is a single “idea” with the help of parodies.

If your kids are writing, have them pick one of the videos below and see if they can write their own parody of a parody!

Best Minecraft Parodies – according to the kids

Don’t Mine at Night – a parody of the song by Katy Perry, Last Friday Night.


Like an Enderman – a parody of the song PSY Gangnam Style


This is my Biome – a parody of the song, Payphone.


Where my Diamonds Hide – a parody of Imagine Dragon’s Demons.


Squid – a parody of What The Fox Say, by Ylvis.


Wrecking Mob – a parody of Wrecking Ball, by Miley Cyrus.

If your kids write a parody song of their own, we would love to read it!!   Add a photo or better yet, a video, to our facebook feed.